Releasing his third EP mixtape in 12 months, Western Sydney native Johnny Guagliardo aka Johnny [From the Burbs] has been busy solidifying his foothold in the hip-hop scene with topical lyrics that pull back the velvet curtain to comment on the Australian political landscape. Following the release of the title track earlier this year, the seven track outing brings us another key single ‘Dreamliner’ with an accompanying street inspired clip to boot, premiered on themusic.com.au, see it here.

Provoking and self-reflective, ‘Propaganda’ navigates concerns of government distrust, institutional issues and refugee rights with selective tongue in cheek lyricism and playful delivery. ‘Propaganda’ as an EP is dark, but not negative – braggadocio and hopeful in the loudest way possible.

“The most chiller MC to walk the earth”
– Happy Mag

The second single from the mixtape, ‘Dreamliner’ takes a break from the intensity of ‘Propaganda’. “It’s almost cinematic in its tone,” Johnny says. “However, lyrically the track is the most self-reflective, and colourful on the EP. It was a last-minute addition from an old beat that I half-made back in Feb on the plane trip to the US.”

Produced by Johnny himself and mixed/mastered by Sam Lloyd (Yomi Twice/ Blaine Stranger); Johnny drew inspiration for the seven track EP from Denzel Curry, Joey Badass and Tyler The Creator as well as his local scene, most notably Kwame. Lyrically, deep internal desires and governmental/ humanitarian concerns are the driving force behind everything Johnny [From the Burbs] creates.

Giving up his ‘day job’ as lead vocalist in a metal band, the hip-hop artist and producer did a U-turn and dropped his debut mixtape ‘Springtime Sorrows’ in late 2017 as Johnny [From the Burbs]. The last 12 months has seen him rack up radio airplay across the country and build into packed out shows right across Western Sydney. With ‘Propaganda’ he’s ready to go next level.

See Johnny [From the Burbs] at Goodspace in Sydney on November 10 followed by shows in Rooty Hill and Chippendale:

I am currently based in Sydney’s Hills District, just a little further out from Parramatta. There is a lot of great music coming from around here – not just in hip-hop either. So many talented folks are putting out music around here.

You were recently in the U.S, what did you get up to?

Funnily enough, my trip to the US was more for leisure than anything music related but nonetheless it was sick, I went with my boys and we hit up Florida and New York. We were pretty active there, went to Universal Studios in Orlando which was mad, we saw Tyler, the Creator and Vince Staples at Madison Square Garden Theatre which was off-chops. We also ended up filming a music video for the EP opener ‘ELON’ while in Times Square.

What influence did this this trip make on your mixtape (i.e. the name, BRADENTON)?

It’s very funny cos, the mixtape was more or less finished before we got on the plane, and the name had already been picked before we left – but – the name was inspired by the trip. When we went to Florida we actually stayed in Bradenton because its where one of our closest friends lives with his amazing wife and they housed us for nine long days.

Some songs were inspired by my trip to the US from a growing excitement to visit – WINTER is actually about my excitement to go to New York. When I got back from the US however, I took a look back at BRADENTON and ended up recording another verse for the last track ‘ANTIDOTE/BRADENTON’ which was deffs inspired by the trip – y’all can hear it for yourself though hahaha. 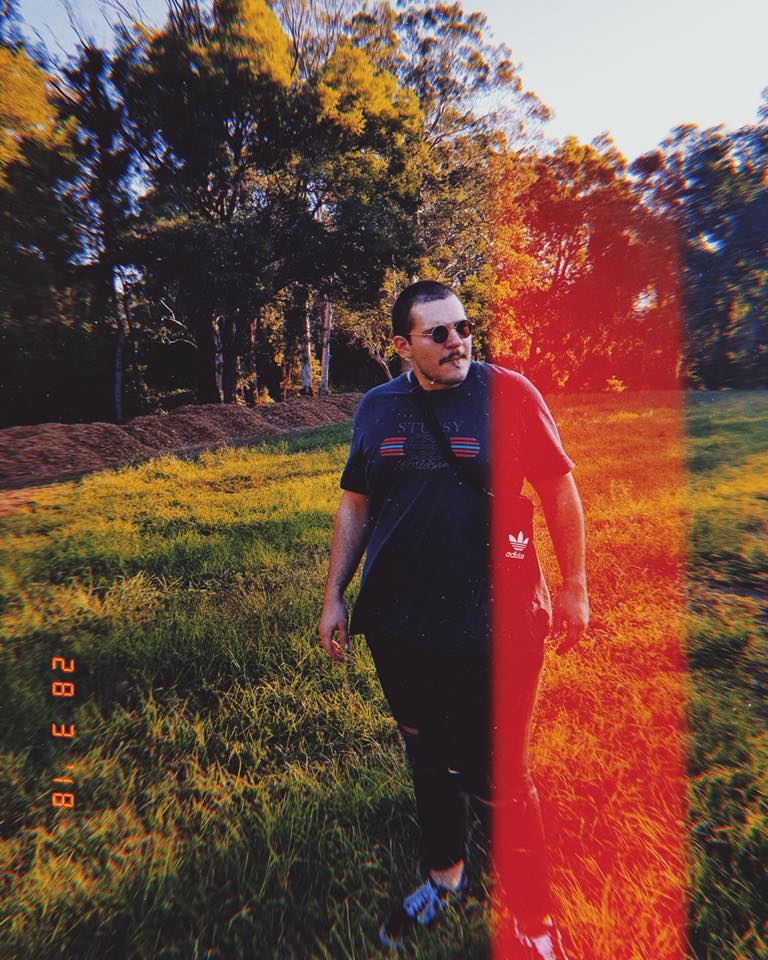 How did this mixtape (Bradenton) come about?

I’ve been doing hip-hop just over 8 months now, I dropped my first tape ‘SPRINGTIME SORROWS’ on October 31st and after that wanted to have a little chill. In December I started writing again and by the end of January had basically everything finished from beats to recorded vocals.

My goal going into it was to come across as more focussed, both on beat production and lyricism and flow. Going into writing and record I would research rhyming patterns and different flows for inspiration – I was (and still am) very heavy into Tyler, the Creator’s ‘Flower Boy’ so I think that played a huge part on the mixtape as well.

Where and when did you put this mixtape together?

Basically 99% of the mixtape was recorded in my house from the months of December to January. However, when I got back from the US, a mate and I re-recorded the vocals on ‘BASTARD’ at his studio in The Hills.

Did you work with anyone else? If so, who?

Yeah, a couple people actually. Shout outs Tim (TIMBA) who features on track three, ‘WINTER’, Tom Elliot who helped me re-record some of the vocals on ‘BASTARD’ and for featuring in the pre-chorus, and big thanks to Sam Lloyd (BLAINE STRANGER) who mixed and mastered the whole thing. 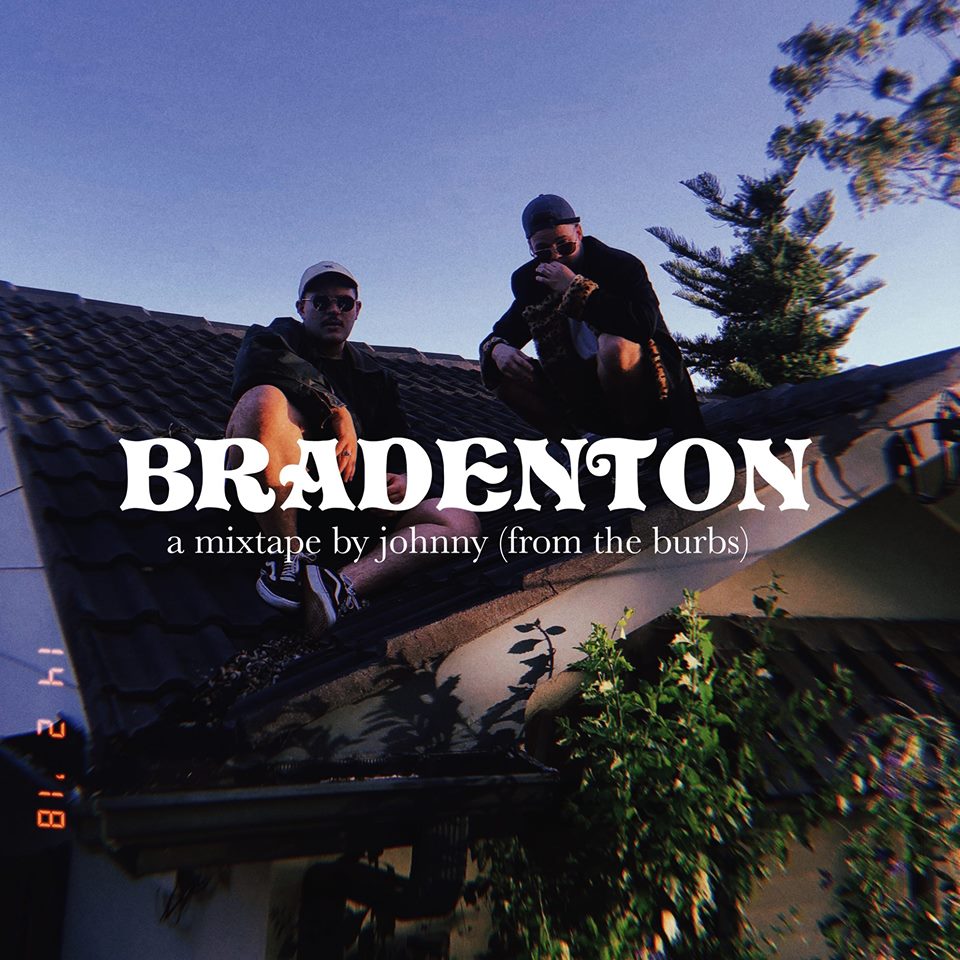 I’ve been playing in music in bands since like year 9 – so like, about 7 or 8 years ago. Jumped from a bunch of bands with my mates, to playing more semi-professionally in a heavy metal band known as Under Night’s Cover from 2013-2017 as the lead vocalist until we eventually dissolved as a band! (RIP UNC).

I’m not listening to anything too specific at the moment actually, I’m listening to a couple scattered singles – JPEGMAFIA’s ‘1539 N. Calvert’ is a staple right now, Flower Boy is always on constant rotation. The new Drake tunes are really, really good too. I’ve also been listening to a couple local bands – Sagrada Familiar, who just dropped a killer debut album, and Papaya Tree who are killing the scene rn.

Outside of music, when I can find the time, I love cooking, hanging out with my boys and/or girlfriend hahaha – I love getting around the Mario Kart also. I’m also currently volunteering/interning at Lentil As Anything in Newtown, which can be pretty cool. We hold an open mic once a month if anybody wants to come down.

I just love down time, and like, sleep. Hahahahaha. 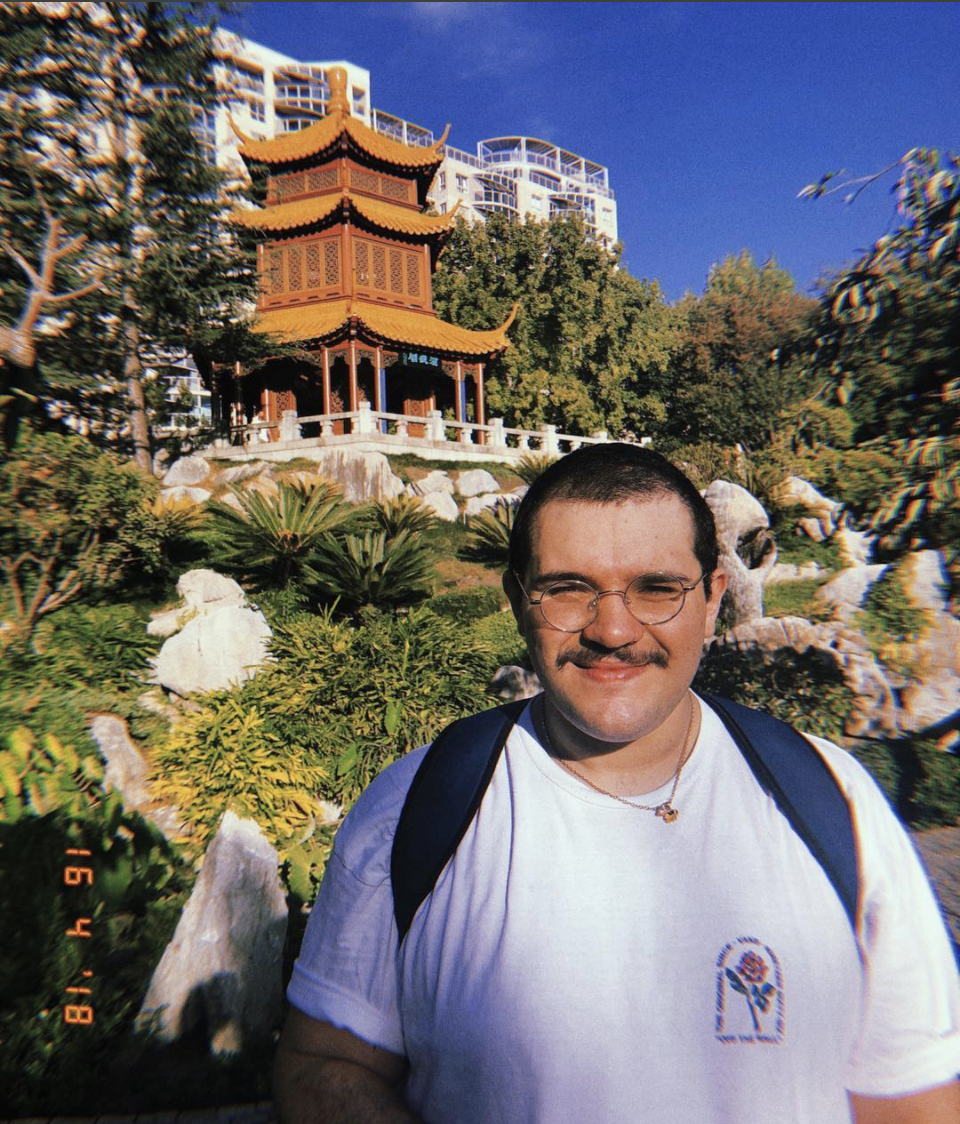 What do you have planned for the remainder of 2018?

I’m currently jamming with a couple good friends for live shows with a band in support of the mixtape. So hopefully the wheels on that can start spinning REAL soon. Asides from that, I’m setting my sights on recording a third mixtape before the end of the year, if not a debut album.

I’m no stranger to a good feed but I’m a massive, massive fan of Asian cuisine – I go absolutely crazy for a fat bowl of Ramen from the Ippudo in Westfield in the city. My fave place to hang out is probs my house tho.