Cat Power releases cover of ‘What The World Needs Now’

The latest release from Cat Power’s critically acclaimed Wanderer is a rendition of Burt Bacharach and Hal David’s 1964 hit, ‘What The World Needs Now’. Previously available on a bonus 7” as part of the deluxe edition, the track is available to hear widely today.

“I wanted to release a song with a message of hope,” says Chan Marshall. “‘What the world needs now is love sweet love,’ is a lyric anyone can embrace right now.”

The tenth album from Cat Power, Wanderer, was issued earlier this year, to widespread critical acclaim. With accolades from the New York Times, Rolling Stone, NPR, Pitchfork, Fairfax, Beat Magazine, MOJO, UNCUT and many more globally, Wanderer has been heralded as one of the year’s best albums.

Watch the videos for previously-released tracks ‘Woman’, ‘Stay’, and ‘Wanderer’.
All videos directed by Greg Hunt.

Praise for Cat Power and Wanderer:

“Chan Marshal; lays full claim to the title of her tenth album, Wanderer, with the authority of a blueswoman who’s seen some shit, alternately conjuring trances and slapping you out of them, projecting clear-eyed, uncompromising strength…” – Rolling Stone

“…unmediated and pure…Her phrasing is its own miracle.” – The New Yorker

“Marshall is aggressively unflinching…implicit in every Cat Power album is the promise of power and reckoning — personal or otherwise. She makes music for people who have lived life, who are worn down, or for those who keep grasping at something that is forever just out of reach — in other words, pretty much all of us.” – New York Magazine

“Chan Marshall is jukebox mystic: In the dozens of covers she has recorded and released throughout her career, she translates new shades of meaning with every note.” – Pitchfork

“A revered songwriter in her own right, Marshall’s ability to rework and reinterpret beloved songs is a testament to her generous, thoughtful approach to song craft.” – NPR

“In a musical landscape saturated with big songs, loudness and highly produced hit-singles, the under stated ‘Wanderer’ is not lost; instead, it’s spacious simplicity is captivating” – Beat Magazine

“One of Marshall’s best” – UNCUT 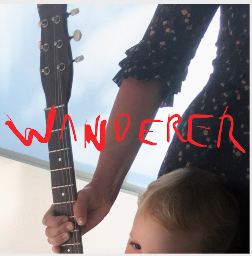 TRUDY AND THE ROMANCE RELEASE VIDEO FOR THE...