“‘Lifestorm’ is a soothing, silken gem that matches effortless soul to digital production.

Rooted in her own life, the lyrics then spiral off into fantasy, all held together by the urgency of Sôra’s delivery.”

“If there was any doubt that wavy Persian-Parisian producer Uppermost, AKA Behdad Nejatbakhshe, is continuing the French trajectory of leading the electronic genre, this live production of “Step By Step” with Sôra should dispel all.”

Multi-genre songstress, vocalist and producer Sôra has shared the live video for “The Grit” which has been taken from her recently released debut EP, “Number One” (23rd November). Her riveting debut single, “Sakura”, was premiered via Kaltblut Magazine with the next intoxicating single “Lifestorm” which was also released via French music and fashion label Kitsuné premiered by Clash Magazine. Near the end of 2017, Sôra collaborated with established Parisian electronic producer Uppermost providing exquisite vocals for his hit single “Step By Step”, which saw inspiring support from various publications such as PAPER Magazine and Magnetic Mag as well as Youtube channels Tasty, Chill Masters and Wobblecraft after receiving just under 1 Million hits via various streaming platforms.

Daughter of a British mother and a French father, Sôra devoted herself to music and arts since she was a child; playing the piano, singing and dancing. With her distinctive, powerful yet velvetine voice now in full flare, she then went on to perform on collaborations with different musicians and producers. Sôra is widely influenced by a wide array of genres, including jazz, rock, and soul and is now comfortably surrounded by her creative and productive teams; Colligence Records and Complice Music, where she takes up management, publishing and label affiliation duties.

Influenced by a plethora of sounds, techniques and artistic visions, Sôra takes direct inspiration from acclaimed artists such as Erykah Badu, Justin Timberlake, Pharrell Williams, Hiatus Kayiote, and Kendrick Lamar, although her music could be best comparable to similar-sounding artists and acts like FKA Twigs, CocoRosie, Tove Lo and My Brightest Diamond, just to name a few.

Speaking on the upcoming EP, Sôra comments: “This first EP was such a pleasure to record! My partner and I hardly knew each other when we started working together. The way we did it was, I composed and wrote at home and then came to the studio to put everything together and push the songs to the next level with my wonderful partner. We kind of started getting to know each other through this EP and we are really happy!” 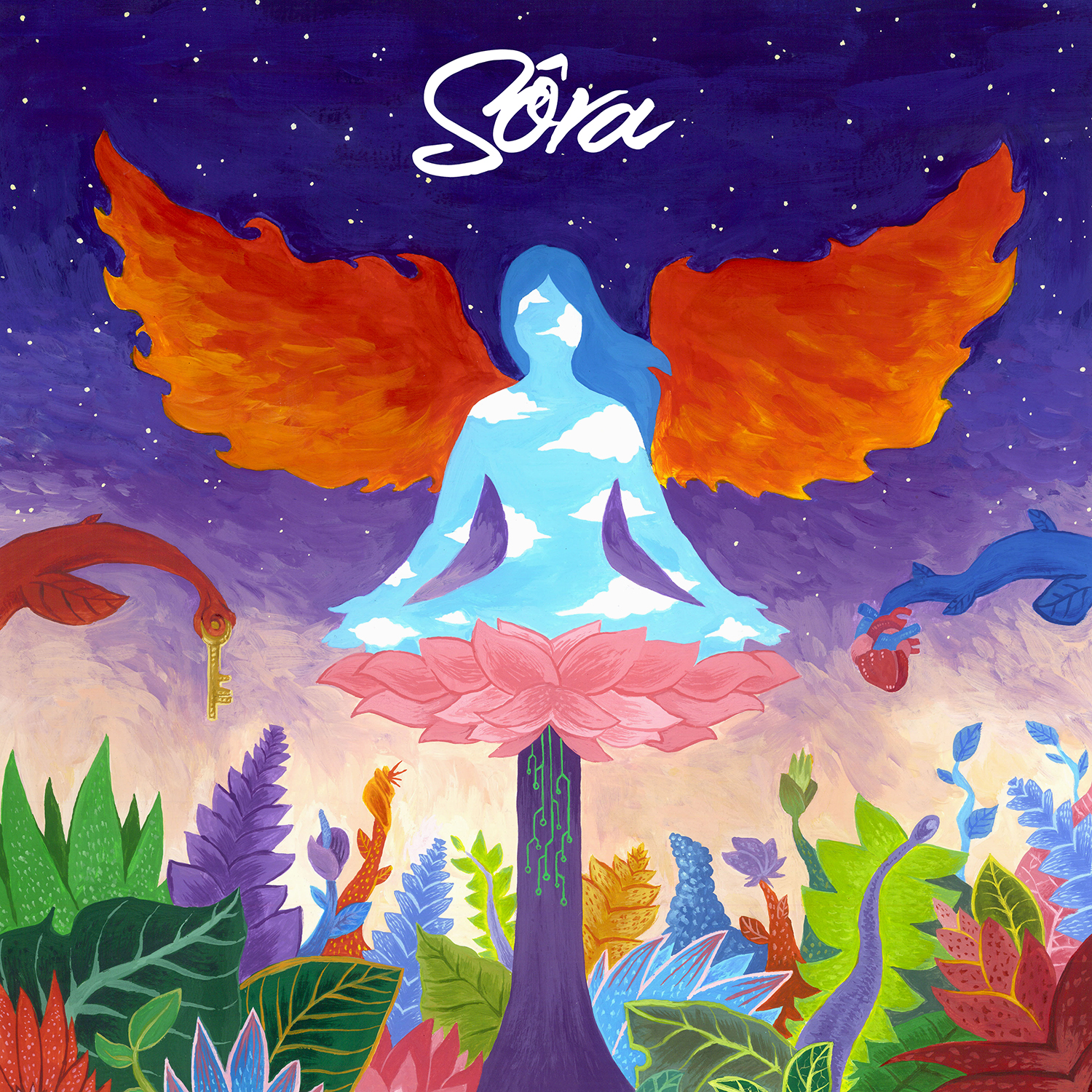