written by the partae
Where are you currently based and what is the music scene like there?
I’m based in Berlin and the scene here is one of my favorites worldwide. Besides our history as one of the capitals of electronic music we still have an outstanding and unique club scene. The city offers plenty of great record stores and numerous important music companies are based here too.
You have a new 4-tracker EP called “Day & Night” coming out on Upon.You Records label on December 14th, where and when did you record?
I have recorded it over the year in my studio in Berlin.
Your studio has been located in Berlin at Holtzmarkt, please describe the setting and atmosphere:

I moved here in October 2017 and planned + built the studio in cooperation with a professional acoustic company from Berlin. I just wanted it to be perfect, after always having sound issues in my old studio. It’s quite comfy and much more organized than the previous one. I have a lot of analogue gear in the room as well as my minimized record collection. I love to come here as often as possible.

What programs/equipment did you use to demo ideas and also record?

Here’s a list of programs and equipment that I use the most in my studio.
Hardware:                             Programs:
Korg Mono/Poly                   Ableton Live 9 Suite
Roland Juno 106                  UAD-2 (pretty much all Plug-Ins)
Moog Voyager                      Soundtoys 5
Elektron Analog Heat        uh-e Diva & Repro-1
Roland Space Echo             Native Instruments Komplete
Roland SH-101                    Spectrasonics Omnisphere
Roland TR-8                         Celemony Melodyne
Tegeler Audio Creme          Fabfilter Pro Q
What influenced the sound and songwriting for the EP?
My new studio probably has influenced me the most. It is just another level of working. I’m much more productive and confident here. Furthermore every single experience I make has somehow an influence on me. Recently my kids inspire me a lot. Playing or listening to other people’s music influences me too as well as traveling.
Who are you listening to at the moment?
At the moment I am listening to the recent albums from Nils Frahm and Nu Guinea.
How did you first start playing music?
I was 12 years old when the Berlin Wall came down, so I missed these very special years between ‘89 and ‘92 when the music scenes of east and west Berlin hit each other and something new emerged. When I started to discover this new music, legend clubs like Tresor, E-Werk or Bunker already existed, the first hype was over and Techno and events like the Love Parade became more commercial. For me it was still something completely new and the whole Techno virus got me anyway. 1994 I’ve started to buy vinyl and my story began.
You’ve been in the music industry for a long time, how have things changed since you started and where do you see the music industry going?
The biggest change is obviously the way of how people consume music nowadays. Streaming is the big thing now. In my case as a DJ it’s the way of how we deejay and from a producer’s perspective definitely the way of how we work in the studio these days. I really can’t tell what’s gonna happen in the future. Fingers crossed that the value of music won’t disappear completely. Listening to music became too cheap in my opinion. The process of writing, composing and producing music is completely underrated and not adequately paid these days.
You will be touring in china in the first week of December – 2018, what do you have planned for these shows?
It’s gonna be my first time ever in China, so I really can’t say what to expect. But I’m super excited and will do my thing as I always do and will be flexible within my range of styles.
Following China you will be hitting Bangkok, Sydney and Melbourne afterwards, what do you most enjoy about touring and what do you find most challenging?
I love to travel and discover new cultures, enjoying foreign cuisine and meeting new people. The most challenging is definitely to be away from home and my family.
What do you have planned for 2019?
I will start 2019 with less touring and more studio time.
Favourite food and place to hangout?
My favorite food is Thai, Lebanese and Italian. My favorite place to hang out is either my couch or my studio and definitely my parents in law’s terrace in Tuscany. 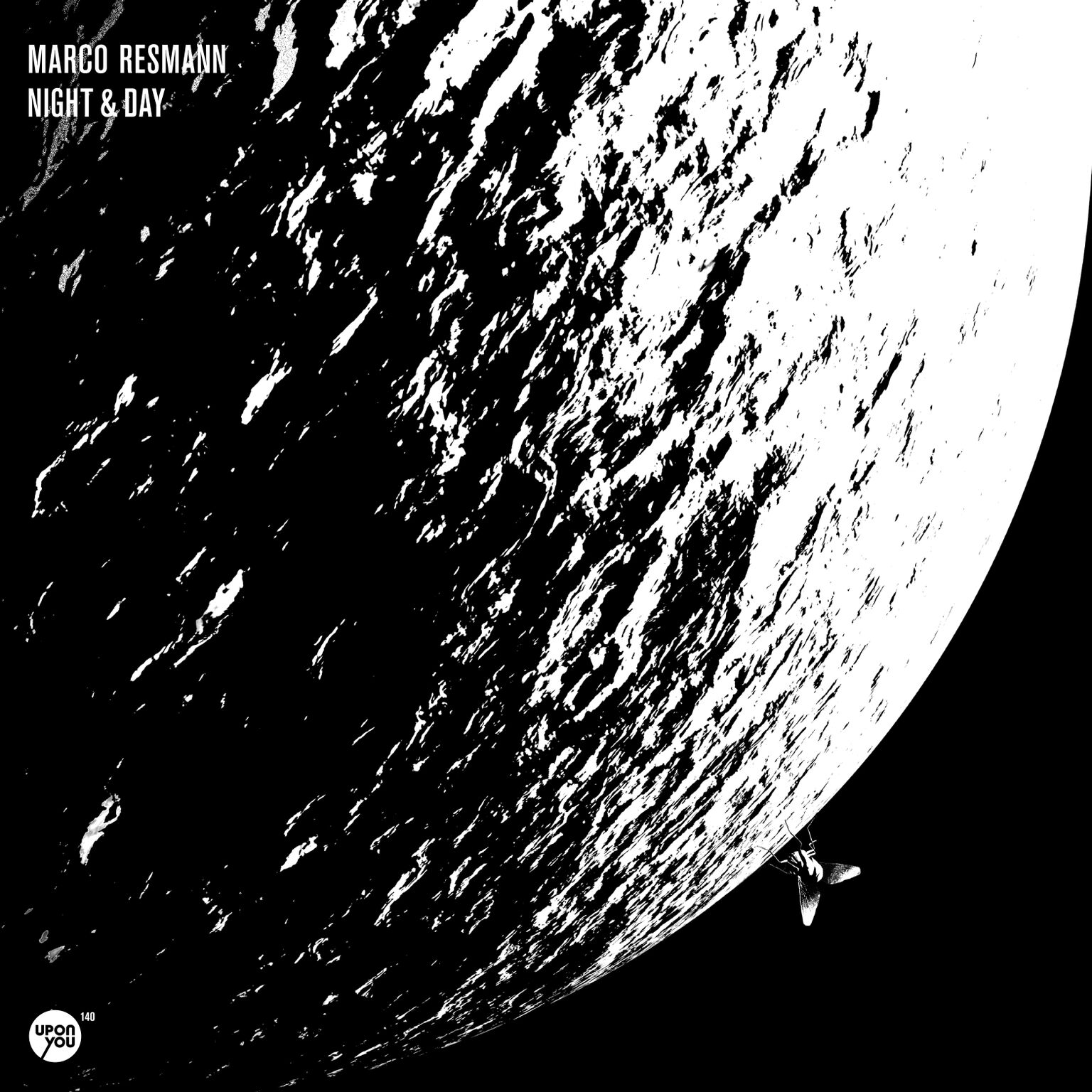 Native Berliner Marco Resmann (also one half of Luna City Express) returns to Poker Flat Recordings with the Flux EP. Something of a legend in the Berlin party scene since the 1990s, Resmann has continued to build on his reputation with ever impressive releases throughout his career, primarily as a part of his own Upon.You imprint. Here, he dives into his deep bag of tricks and produces a three tracker of finelyhoned, emotional house music. Marco Resmann is a DJ/producer/label owner who has his finger in a lot of musical pies. After gaining a serious interest for electronic music in the mid 90s, Marco has gone on to become a label owner at Upon.You Records, he’s worked as part of iconic techno collaborations like Luna City Express and Pan-Pot, and he’s hosted his own events at venues all over the globe including Watergate and Berlin’s Panorama Bar (a run that went for six years straight). During his rein Marco has also performed at Fusion, SonneMondSterne, 3000Grad Festival and Melt!, as well as at venues DC10, Warung and D-Edge. In August alone Marco played fifteen shows across every major dance capital of Europe.

Just before the European summer arrived, Marco released his four-track EP ‘Voyager’ on his own imprint Upon.You Records. The EP is a head-hunting instalment of driving techno and is full of spine-tingling jungle drums blended with expertly morphed futuristic synths and rolling glitches. It brings some serious heat to the party, a skill that Marco Resmann has made himself very well known for indeed.

Berlin. The mid 90s. The home and the heart of electronic music with its countless legal and not-exactly-legal venues, a flourishing scene embracing all kinds of genres from techno to house and beyond, with tapes on circulation, regular radio shows and an annual climax named Loveparade. Infected by and brought up on this wide ranged diet of electronic sounds Marco Resmann started to work on what should become his profession of the future. Lead by his never ending love for house music he stepped up on stage, eventually started to promote parties and built his Audiogain studio where he continuously honed and refined his production skills on analogue gear.

Soon this steady work paid off in form of a first release on Martin Landsky‘s IntimRecordings as well as other highly acclaimed 12“es under his former artist aliasPhage. Around this time in the mid-noughties Marco Resmann also became part of the production force named Pan-Pot which redefined the trippier side of minimal techno at the time.

Apart from these projects, it was another fruitful collaboration that was meant to last. After meeting and immediately clicking with Norman Weber they started to DJ together on a regular basis before they joined forces in the studio, establishing their project Luna City Express as a main project of Moon Harbour Recordings with numerous EPs, remixes and a widely praised album named Hello From Planet Earth, all of them providing tasteful, open minded house music from Germany.

Backed by this experience and an excellent reputation a DJ Marco Resmann joined the world famous Berlin-based Watergate club as a resident in 2006 and has played countless nights in this hallowed space ever since as well as graced the tenth anniversary volume of the Watergate Mix-CD series with a flawless tour de force ride through his personal club favourites and anthems in February 2012 – a mix that can be considered a milestone in his remarkable career so far.

A career that came full circle when Marco Resmann finally joined forces with one of his first advocates, DJ and producer Martin Landsky, for their first collaboration release ‘Lava‘ which was put on the circuit via Upon. You in 2015.

As a solo producer his discography includes critically acclaimed remixes and releases on imprints like Watergate Records, Upon.You, Poker Flat and, lately, the Brazilian imprint Warung Recordings, all of which are serving a unique fusion of house and techno with a recognisable twist and a love for detailed, complex arrangements.

But there’s even more to Marco Resmann than being the expert producer who fully masters his craft and DJ who is playing out to devoted crowds on a regular. HostingUpon.You label nights at Berlin’s famous Panorama Bar for six years has played an essential role in Marco Resmann‘s approach towards extended DJ sets with whom he pleases crowds all over the globe – from German festival sites like Fusion andMelt! to internationally renowned venues like DC10, Upon.You showcases all over Europe, Watergate @ Sonar Off Week as well as Brazilian superclubs like Warungand D-Edge as well as in other South American countries where he is greeted by an especially dedicated, loving following whenever he touches down at any location in this part of the world.

As co-founder of the Berlin-based Upon.You Records, one of the major forces in the international club scene since 2007, Marco Resmann has been spotting upcoming talent and consistently invested dedicated, straight-up work in the house he and his labelmates have built – labelwise and also with their associated booking agencyUpon.You Bookings.