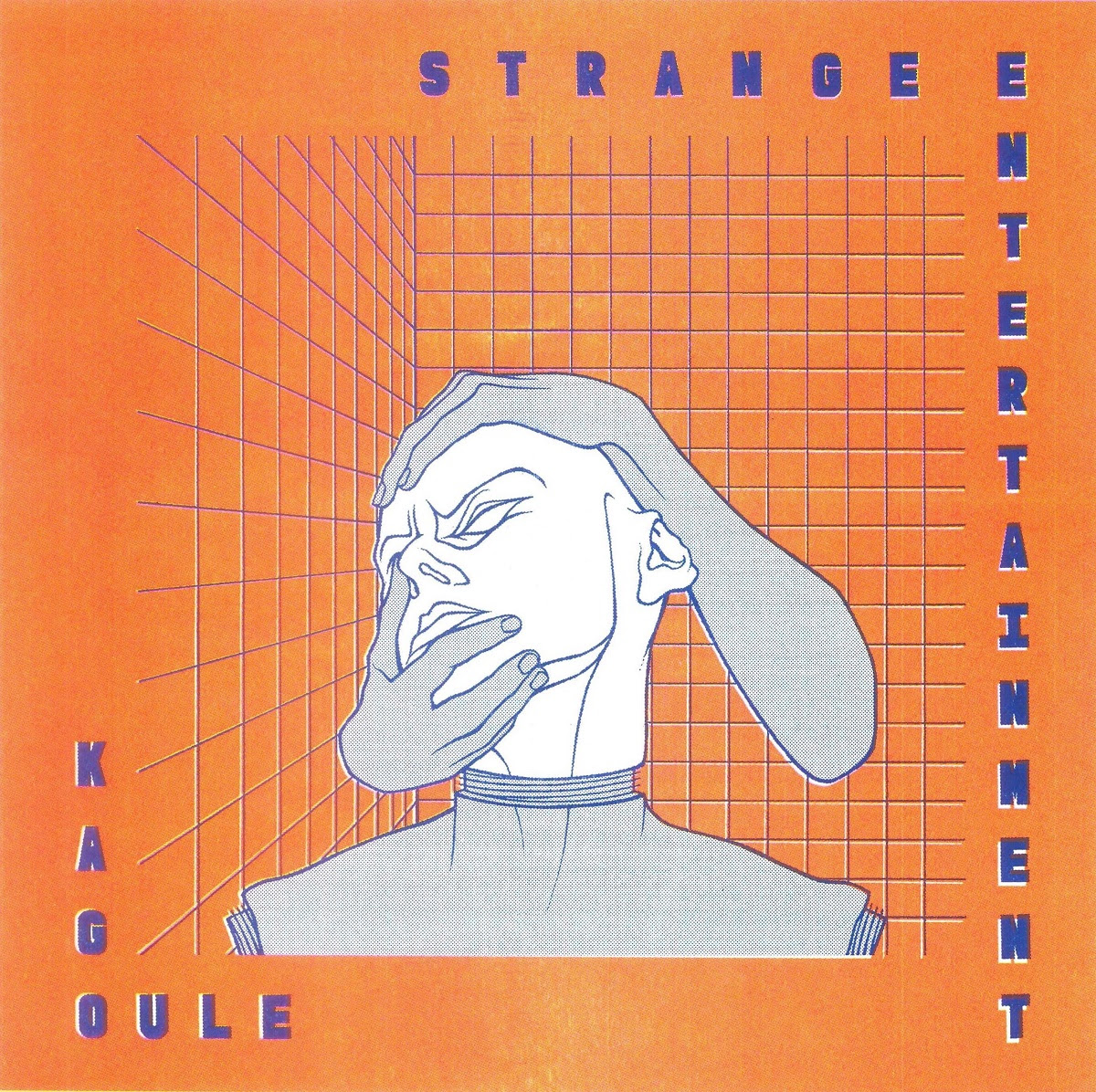 Alcopop! Records are delighted to announce they have signed Nottingham trio Kagoule and will be releasing their new album Strange Entertainment later this year.

The band support Drenge on their upcoming run of headline shows this month (see below for full dates) and to celebrate the news of the signing are also streaming lead single ‘Bad Saliva’ in full today.

Commenting on the new track, the band say: “Bad Saliva is a track about turning off the path you find yourself on; the temptation to make a change and the anxieties of then making it.”

With some time away from the spotlight to consolidate their early achievements and think about the direction they were heading after parting ways with their previous label, Strange Entertainment sees the band finally spinning together their disparate influences into a record that attempts to capture the sum of their parts, and is very much a statement of where Kagoule are pleased to find themselves artistically now they’re at the helm of their own destiny.

“We always felt this pressure early on to decide what type of band we were going to be and this record is an exercise in our self-confidence as a band by being all of them at once,” comments front man Cai Burns “We think we’ve written an album that doesn’t have a direct comparison in guitar music. Lyrically, I think this album is much more mature. I’ve found myself writing songs as a healing process for certain events or to capture moments that I don’t want to forget. I still mask them in fantasy for the fun of it but the topics of each song are more personal and the lyrics far more direct.”

Completed by bassist Lucy Hatter and drummer Lawrence English, the band are disarmingly relaxed about their success to date. Previously sequestered in Nottingham and for the most part unaware of the growing buzz around the band, following the critical plaudits and acclaim heaped on their 2015 debut Urth, Kagoule were wholeheartedly adopted by the flourishing Brighton rock scene. However, the trio found themselves wary of being consumed by it entirely, keeping their distance and taking from it what they felt the band needed to grow.

“We were all very young and I think we allowed ourselves to be mollycoddled a bit too much. It took a few years for us to realise we had to take control of it for ourselves,” continues Burns “Urth was very much an ode to grunge I think. Although I maybe didn’t realise at the time, when I listen back the early 90’s influences are plastered all over it. Since then we’ve branched out on what we listen to and a huge amount of different influences have crept in. With the guitar playing I wanted to take it more into the post-punk world. The bass lines are groovier and the drumming is just straight up weird.”

New album Strange Entertainment was produced by MJ Hookworms and mixed by Tarek Musa from Spring King in two separate sessions “because we ran out of money”, admits Burns in typically honest fashion “Working with MJ was great. He understood where we were coming from and instantly knew we didn’t want to be balls out rock music – he put forward some great ideas for the songs and his input made a big difference to the record.”

It took the band another year or so to scrape together funds for Musa’s mixing sessions, but Burns insists the results were worth the wait, “Tarek did an amazing job working with something he hadn’t recorded himself. We’d recently been on tour with Spring King so I think that really helped him know what to do with it sonically.”

In a time where Burns himself admits that he’s unsure as to whether the political climate has been good for music or not, the album is indicative of a pervading sense of lack of direction and unease among the younger generation. “Great creativity is part of trying to make change,” he says “but I can’t see anyone trying that hard to change anything. I think a lot of people are feeling lost and the youth especially are struggling to see a future for themselves.”

Taking musical cues from the likes of American composer and polymath Arthur Russell, and drawing influence from science-fiction and fantasy storytelling for his lyrics, Burns says that the new album is a celebration of trying to achieve something fully realised and artistically ambitious on a shoestring budget. Written on a single acoustic guitar, demoed on GarageBand, and worked up by the band to the finished studio product, Strange Entertainment is a very modern record with a thoroughly classic mindset.

“I wanted to write songs that stood up for themselves in the most simple of forms,” Burns expands on the process “I think there’s something beautiful about restrictions in music, and I’ll always prefer a lo-fi attempt at a big idea. When I’m not playing with Kagoule I tend to play folk music; Bert Jansch, John Fahey, that kind of thing. Strangely enough a lot of that folk guitar seeps into Kagoule riffs but I don’t think it’s too noticeable.”

As with the faltering first steps of any new band, the last few years have been a whirlwind of strange new experiences for Kagoule, but with the advent of Strange Entertainment we find a band who are finally feeling as though they’ve come into their own with a new sense of purpose, and a sharpened focus on exactly what makes them tick.

Whether it was playing after The Dandy Warhols at a festival on a tiny island by the sea in Norway; appearing at Glastonbury; being attacked by a gang of quad bikers on the motorway; sharing stages with Johnny Marr, The Wytches, Iceage, METZ, Sebadoh and Drenge; or achieving acclaim from Rolling Stone, NME, Guardian, BBC 6Music, BBC Radio 1 – it’s all been a steep learning curve, but a thoroughly enjoyably wild ride.

“Being in a band is full of those crazy moments,” reflects Burns on their journey so far “The band is all we know! We’ve done it for so long now, I couldn’t imagine not being in it. It’s like a second family and I think nothing can break that.”

The Lathums reveal their biggest shows to date,...