“Her understated but infectious indie melodies, coupled with her smooth vocals mean Vazer’s tracks radiate with a humble indie buzz; and ‘For a Moment’ is another shining example of this.” – Get In Her Ears, UK

Rising Melbourne artist Nat Vazer is gearing up to release her anticipated debut record Is This Offensive And Loud? at the end of the month, and is kicking off the celebrations with a brand new video for her latest single ‘For A Moment’.

Celebrating the simplicity of a slowing lifestyle and the comfort of imagination, memory and deep rumination, the new video exemplifies the track’s dreamy nostalgia through the intimate lens of Vazer’s partner and photographer, Benjamin Joel. A collection of humble moments lost in time, the ‘For A Moment’ video captures the immense weight of wanting something forbidden and the overwhelming feeling of longing for someone you can’t really be with

“The video clip was filmed when stage 3 isolation began so our options became really limited as to what we could do. We could no longer film at the beach which is initially where we planned to film. So Benny and I started brainstorming together – we wanted the film clip to convey the intimacy, warmth and playfulness of the song. So we chose simple sets that would convey that: in my bedroom because it feels like a private, intimate space; in the car and the shower where it feels personal but a little bit silly. With the shower scene – we drew inspiration from famous shower scenes like ‘Ferris Bueller’s Day Off’, the Decore shampoo TV ads from the 80s and 90s. Singing in the shower is the best, everyone knows that.”  – Nat Vazer

“When you’re limited with what you can work with, I think being open to experimentation and playing with the few things that you do have is the key. It can help you find what works in the process, rather than heading into a project with a set goal in mind. In this case, we tried a lot of different things with camera angles and lighting positioning, and we were just open to experimenting on the set. We could afford to do that too as we had so much time in lockdown.” – Benjamin Joel

Birthed from frustration and confusion at the state of the world and her place within it, Nat Vazer’s debut album Is This Offensive And Loud? was recorded in 2019 in a room above a guitar shop in Collingwood, Melbourne. Vazer’s intricate and eloquent songwriting navigates social justice, empowerment, relationships and more with a stream-of-consciousness intimacy that is both relatable and admirable. First single ‘Like Demi’ introduced Vazer’s new material focussing on the importance of being yourself and following your paths of curiosity. 2020 follow up ‘Grateful‘ is strewn out over four and a half minutes of cathartic outbursts of ‘90s grunge and powerful guitar licks, situating Vazer as a leading voice of her generation while ‘For A Moment’ presents a lighthearted but brooding slice of indie rock that muses over past infatuations and future possibilities in equal measure.

A captivating live performer, Nat Vazer has toured with Lime Cordiale and supported the likes of Last Dinosaurs, #1 Dads, Carla Geneve and The Magic Numbers (UK). Her fast-growing reputation as an intimate songwriter and powerful live force has also landed her on the festival line ups of St Kilda Festival, Kyneton Music Festival, Changes, Not Fest and more. Her anticipated debut album, scheduled for release through beloved indie Melbourne label Hotel Motel Records on Friday 29 May, is sure to propel this intriguing singer songwriter from a beguiling one-to-watch, to an undeniable leading force of Melbourne’s thriving indie rock scene. Not long now until Is This Offensive And Loud? drops!

Is This Offensive And Loud? LP is out Friday 29 May
Limited edition vinyl pre-order now available through Hotel Motel Records 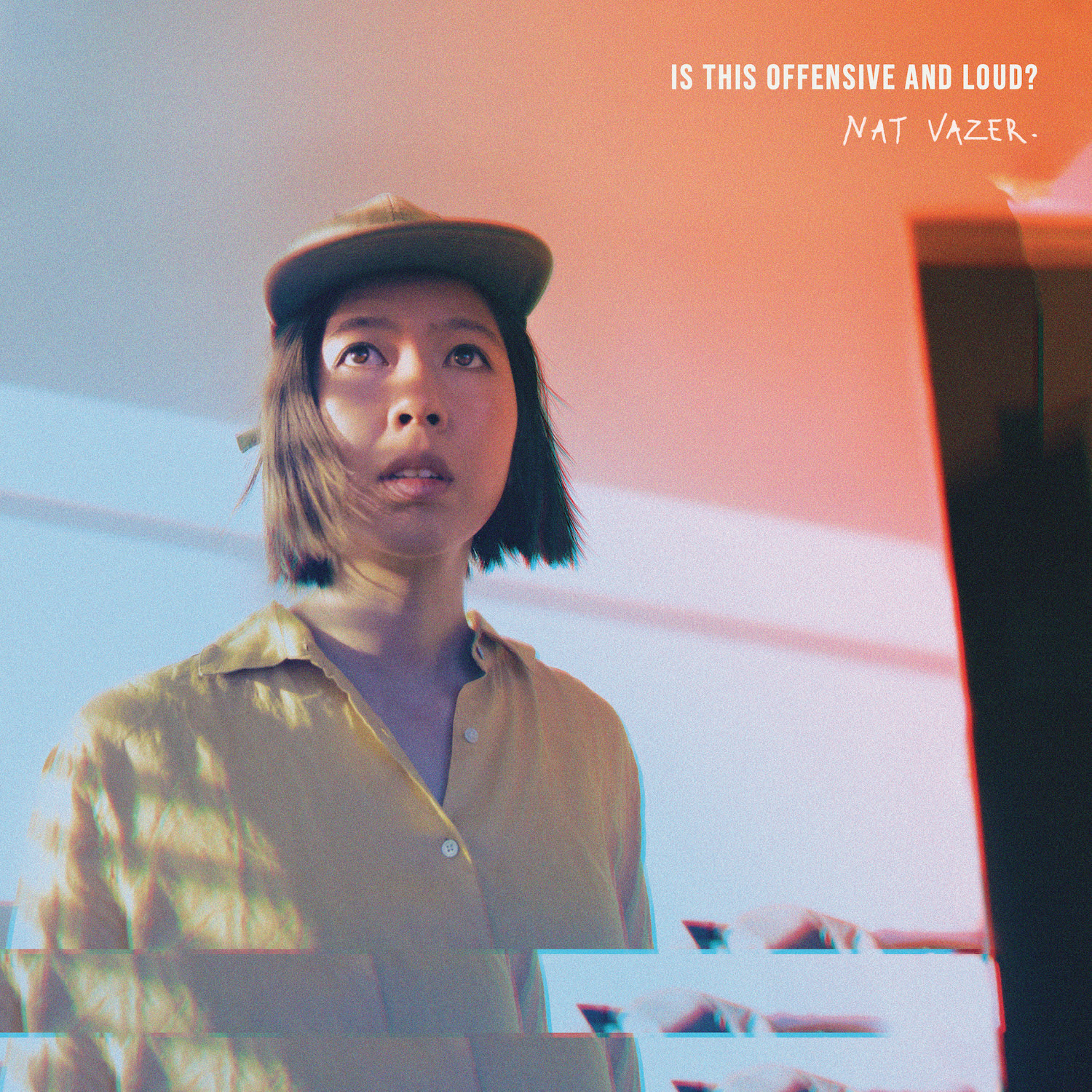