Bavarian indie-pop quartet Kytes are pleased to announce details of a brand new track ‘Take It Easy’ following on from their recent hit ‘Remedy’, both taken from the forthcoming EP ‘Frisbee’ due 2019.

‘Take It Easy’ is an infectious, radio friendly number with a simple message – to let off some steam, chill out and take things a little slower. For the band, spreading the positivity and feel good factor is something they want to transmit to their audience and this is also reflected in the music, where the band adopt a refreshing approach to writing and mixing up various influences to the sound.

The band say: “We think this is something we all need to do a little each day. We always try to break new ground. So for TAKE IT EASY we wanted to combine our indie touch with a new hip hop kind of feel. We got inspired by ‘Mask Off’ and it helped us create something totally new and original.  TAKE IT EASY breaks though genres and we’re really proud of it. ”

KYTES are an award-winning band based in Munich Germany. Since late 2015 the band have been on the scene and its members: Michael Spieler, Timothy Lush, Kerim Öke and Thomas Sedlacek, go back to the early days of school. The boys have racked up more than 200 shows to date, including festivals such as SXSW (USA), The Great Escape (UK), Sziget (HU), Frequency (AU), and Melt! (GER). Their debut album ‘Heads and Tales ‘ peaked at #14 on the German iTunes charts and songs were streamed more than 8 million times on Spotify.

Their new EP ‘Frisbee’ surprises from the very first second, the sound having evolved into something very distinct. The songs, written in Munich, Vienna and Amsterdam were all recorded and produced in Kytes’ studio in the Bavarian capital. Producer filous added his unique touch to the production, often employing the use of field recorders and an iPhone microphone, which enabled the band to write and record some songs within two days. The quality of the song-writing shines through the songs with the band’s imitable trademark sound and filous’ distinct production, surprising their listeners and giving each track its own special aura.

‘Frisbee’ is an independent release with no record label involved. DIY, yes doing it the indie way. 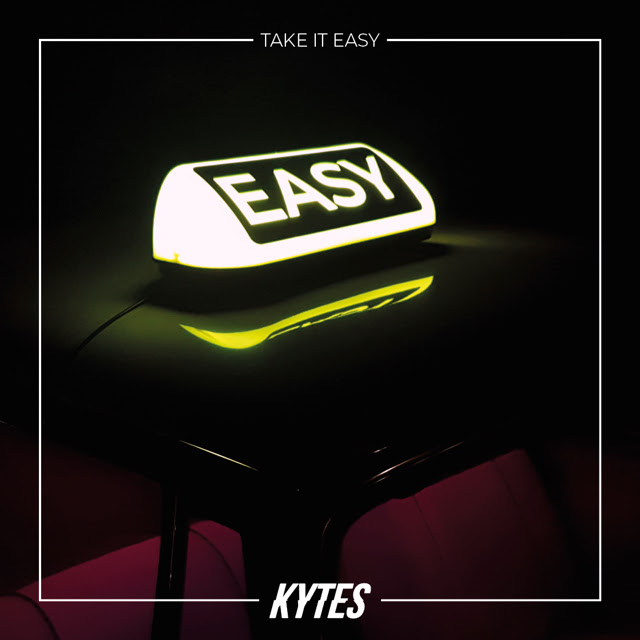