Following the release of the DREAMS single ‘No One Defeats Us’ comes its powerful, arresting video.  Shot earlier this year by DREAMS and Jon Shoer in Los Angeles, it features standout performances from Daniel and Luke against a backdrop befitting the explosive track.

DREAMS is a collaboration between Daniel Johns (aka Dr Dreams) and Luke Steele (aka Miracle), ‘No-one Defeats Us’ the first song the famous musical duo wrote together.

Daniel explains, “No One Defeats Us says lyrically what our goal is, it’s a journey into our vision of the future.”

“Dan and I excel and struggle on similar levels” says Luke. “We have so much passion and we are so ambitious. That song came from a time when we were beginning the band and we needed something deep. I wanted to build a gang – like a gang of the future. We want the band to be for the common man, the underdog, the homeless, the person who shows love to his neighbour.”

DREAMS will perform ‘No One Defeats Us’ live for the first time at COACHELLA Valley Music & Arts Festival on April 13 and 20. The only band ever to be booked for the festival before releasing any music, the duo is the highest-billed Australian band, promising to put on a truly unmissable performance.

Their premiere performance in Australia is at VIVID LIVE, Tuesday May 29 and Wednesday May 30 at the Sydney Opera House (Concert Hall).  Tickets available HERE. 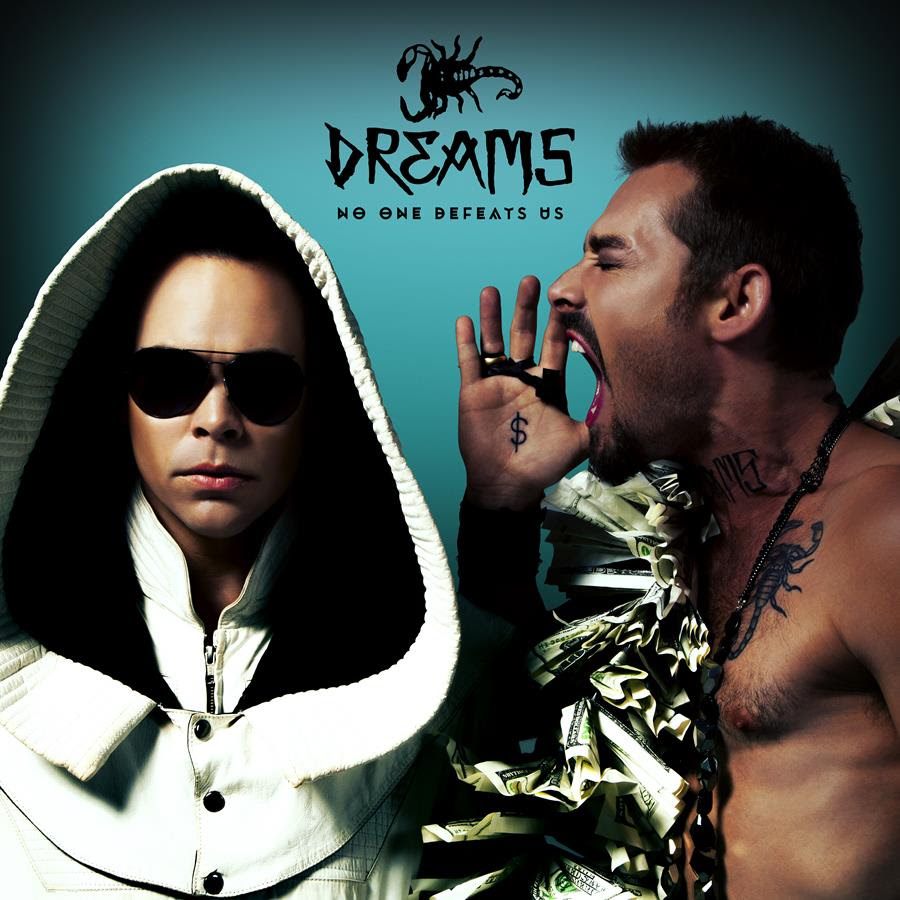 Daniel Johns is best known as the front man of Silverchair whilst the enigmatic Luke Steele fronts Empire of The Sun and The Sleepy Jackson. The artists first met in 2004 when Luke’s band The Sleepy Jackson supported Silverchair on their sold-out Diorama tour, and Daniel recalls the connection between them was so instant that after the first show of that tour they played piano together backstage, and have basically never stopped.

With over ten million albums sold worldwide and an undefeatable twenty-nine ARIA Awards won between both of their respective acts, the pedigree of Daniel and Luke’s new collaboration is unquestionable.

Since Silverchair’s debut release ‘Tomorrow’ in 1994, Daniel has taken home a record twenty-one statues, the most of any Australian artist in ARIA history. Daniel has also won APRA Songwriter of the Year three times, and impressively, Silverchair is the only Australian act to have all of their studio albums, five in total, debut at #1 on the ARIA chart.

Sweeping the ARIAs clean in 2008 was Luke Steele’s Empire of the Sun, taking home gongs for Best Album, Best Single, Best Group and Best Pop Release. With a total of eight ARIAs and two APRA songwriting awards to date, along with two BRIT Award nominations, Empire of the Sun has gone from strength to strength internationally, including a spectacular sold out performance at Hollywood Bowl in 2015, in front of an audience of 17,000 US fans.

INVITING A BAND OF CLOSE FRIENDS AND LIKE-MINDED...