Photo Credit: Sarah Cass
LISTEN TO “GO“
(CLEARED TO POST & SHARE)
Yowler, the moniker and solo project of Maryn Jones (All Dogs, Saintseneca), has announced that Double Double Whammy will be doing a vinyl reissue of her critically acclaimed debut, The Offer, which was a cassette only release til now. The reissue includes a bonus track titled “Go,” which NPR premiered today and is saying “no matter the depth of the loneliness in Jones’ lyrics, Yowler’s songs exert a kind of empathetic, magnetic pull. She might be alone, but she makes you feel alone right there with her.” The Offer reissue is available for pre-order now and is due out June 16th via Double Double Whammy
Yowler has also announced 2 upcoming shows in New York, all dates below.
PRAISE FOR YOWLER:
“Maryn Jones uses her guitar and voice to create something more complex than it first appears. Her deep, sad songs don’t feel restricted to a single person, and when synthesizers, drums, or extra voices seep in, they show up as naturally as weather. ” –Pitchfork
“Esoteric, fantastical… She makes personal battles sound epic in nature, quietly willing a delicate and inviting atmosphere into existence.” –Stereogum
“The Offer burns down like a candle in a dark room. The last fragile flickers are as compelling as the brightest burn” –Consequence of Sound

TOUR DATES:
5/20 – New York, NY @ Vulture Festival (Highline Stages) *
7/15 – 7/15 Brooklyn, NY @ Baby’s All Right ^
* w/ Cut Worms, Snail Mail and Yohuna
^ w/ Bellows, Real Life Buildings and Common Holly
ABOUT YOWLER:
Stretched across many years, states, tours and projects, Maryn Jones has always been moving from one thing to the other. Living in more houses than one can count on two hands, and years spent touring the country with her other bands All Dogs and Saintseneca, it is clear that a driving force in Jones’ life has always been change. One constant rooted amongst all of the back and forth has always been some manifestation of a solo project.
The range has been diverse; from playing guitar alone next to a tape recorder at the age of 15, to playing songs under her own name sitting on tables in punk houses, to her current state; playing venues and larger stages under the latest form, Yowler. Culled from the spaces where quieter things reside amongst the chaos and constant flux, Yowler has become a home in which Jones’ most intimate thoughts and reflections can live and take shape.
Jones’ first release under the moniker Yowler, a 2015 Double Double Whammy- released cassette The Offer, is a wintery cold reflection on unwanted change, sadness, and the facing down of the realities of loneliness and mental unrest. The songs are somehow quiet even when the instrumentation builds, and clear, even when there is a hazy quality to the recordings. This is likely due to Jones’ voice, which is at once soft and penetrating, warm and distant, and which floats assuredly among the woven arrangement of guitars, synths and harmonies surrounding it.
Since The Offer‘s original release, Jones has made a move from Ohio to Pennsylvania and has continued to tour and travel fairly consistently with all three of her musical projects. Jones is currently living and recording another Yowler album in Philadelphia. 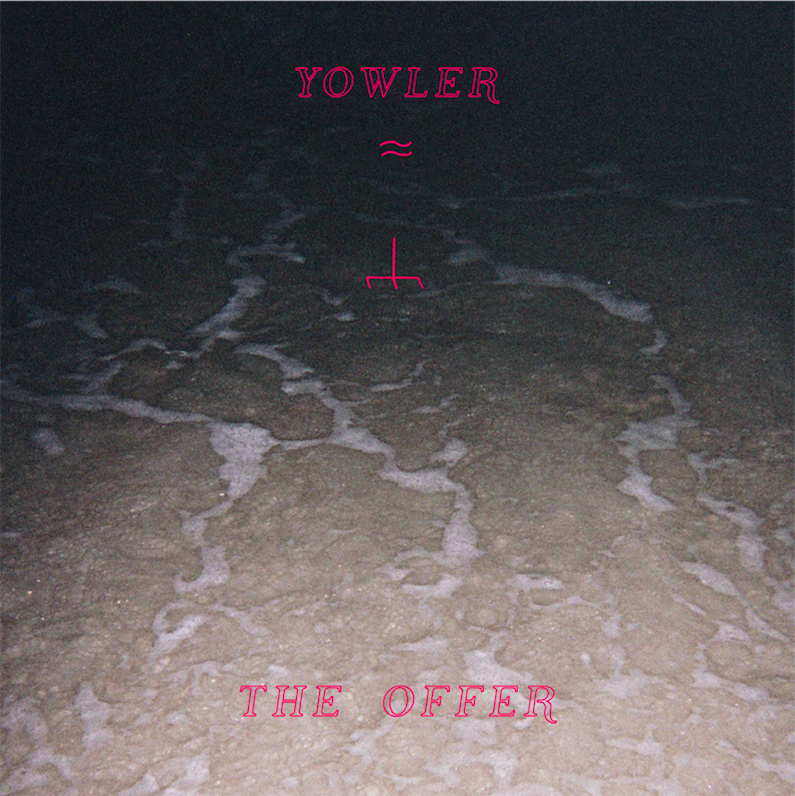 R3HAB Releases Emotive, Dance-Pop Crossover “Am I The...

PALACE RELEASE NEW SINGLE ‘NO OTHER’