Youthfire is the moniker of Melbourne based singer and producer, Stephen Carmichael. Sharing stories about their personal life through compositions influenced by futuristic perceptions of new wave and 1980’s pop music, Youthfire has a unique sound that breathes new life into the Melbourne electronic and dream-pop scene. Over the last year,Carmichael has been in incubation. Honing in on their own identity and musical endeavour, Youthfire has been busy collaborating with friends to learn and grow as a songwriter and producer. Now, the fruit of their labour has produced some of their most exquisite music yet on ‘Emerging’, out today.

Featuring Melbourne rapper Diemne, backing vocals of long time friends and collaboratorsAbraham Tilbury and Mo•Louie, and strings by accomplished cellist Kathryn Mckee, ‘Emerging’ is a story of love, discovery and triumph over hardship. Inspired by the documentary ‘Chris and Don’ and paying homage to its protagonists Christopher Isherwood and his much younger lover, artist Don Bachardy, Youthfire has created a world of wonder and awe on ‘Emerging’. Reimagining this tale of a lifelong relationship between two characters, ‘Emerging’ is an honest and touching account of Carmichael’s own self-discovery. 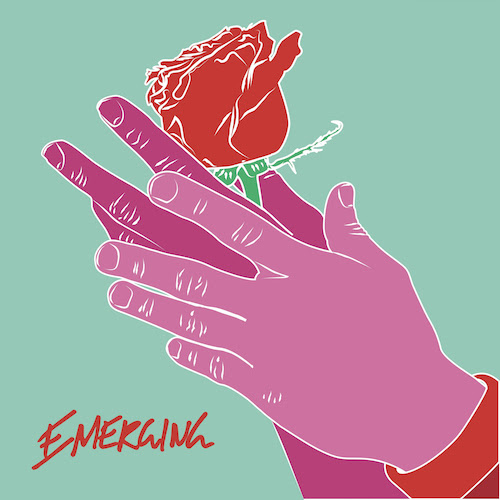 “The documentary shares Don’s perspective of his relationship with Chris. As a queer person, I was really inspired by the love they shared and I related to the adversities they overcame in their lives. I paraphrased many of Don’s words to create the lyrics of ‘Emerging’ and I also allowed the narrative of the song to follow their journey of life and love.” – Youthfire

After the release of their debut EP Lift Me Up last year, alongside their incredible co-produced Melbourne Music Week launch party ‘Technicolour Wonderland’, Youthfirehas spent the most part of 2018 focussing on expanding horizons and pushing the boundaries of their own sound. Often a collaborative affair, a Youthfire live show is as humbling as it is inspiring, with Carmichael’s infatuating vocals and layered electronic dreamscapes a true delight to witness.

Do not miss Youthfire this summer when they play Boney, Melbourne on Thursday 13 December with special guests Spiritus + Abraham Tilbury x Mo Louie.

‘Emerging’ is out now via
iTunes // Apple Music // Spotify