“a glass half full of indie-pop shine” – Happy

“A definitive spring hit, the lively melody will find itself stuck in your head almost instantly” – AU Review

Following the release of their bright and upbeat first single Better, Winterbourne today share a live video of the first offering from their forthcoming debut album.

Filmed live at a Performance Studio in St. Peters, Sydney, the video was directed and shot by the talented Jarrad Seng with the assistance of his collaborator Jamie Mcvicker. The track was recorded and mixed by the band’s long-time friend and engineer Jackson Barclay.

Honing in on their reputable and distinctive live presence, Winterbourne’s leading creative perfectly captures the spirit and energy of the band, and offers a thrilling insight to the album to come.

“We went in with the hopes of getting something that sums up where we’re at, what we sound like and what we’re trying to do with these songs. We’re very proud of Better. Like a lot of the album it has a kind of orchestral side to it in parts. There’s moments where it’s anthemic and moments where it’s intimate, and that’s how we’ve always tried to play songs live. The first part of this song that really stuck was the backing vocals in the chorus, the idea being that they are the voices inside and outside of your head that insist you constantly improve, while the lead vocal questions that.”

After years of honing their craft in the studio and on stage, James Draper and Jordan Brady recorded their debut album over a six-month period at La Cueva, an idyllic, remote studio in Byron Bay, as well as a few stints at The Grove. Winterbourne worked with their self-appointed musical dream team consisting of producer Andy Mak, engineer Jackson Barclay and multi-instrumentalist Thom Mak. 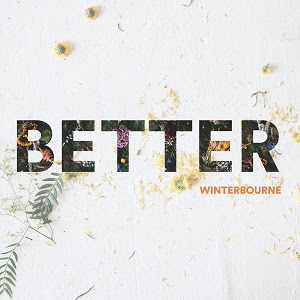 SOAK shares video for ‘Everybody Loves You’