“a masterstroke of Teutonic synth-pop that recalls the likes of Kraftwerk and Ultravox” Blackbook Magazine. 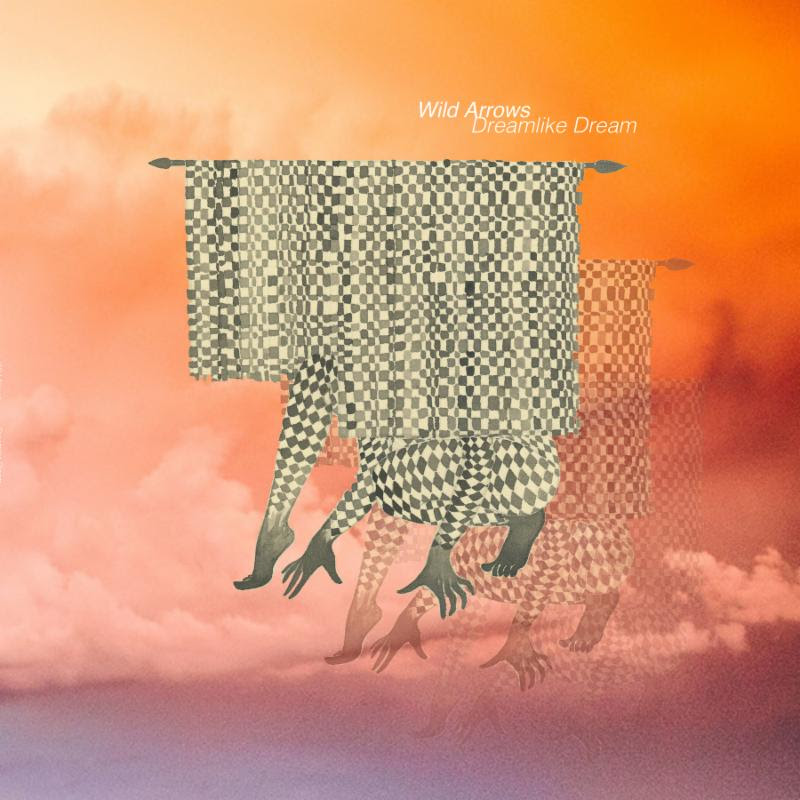 Congratulations to the Brooklyn-based Wild Arrows whose new LP, Dreamlike Dream is now released.  Last night the band played to a packed house at Brooklyn’s Sunnyvale and will spend the summer touring in support of the album – dates to be announced soon.
Stream Dreamlike Dream via Spotify here
Dreamlike Dream was written and recorded after Hurricane Sandy caused the total destruction of the band’s Brooklyn studio.  Wild Arrow’s singer and main songwriter Mike Law rebuilt the studio, now called The Civil Defense, and today’s album is the first LP to be recorded there.
Holed up in The Civil Defense for the better part of 2016 with main collaborator singer and synth player Yasmin Reshamwala, the two tracked 25 songs trying to find the right combination for the album.  Law was able to fully explore his own songs with bizarre old reverbs, delays, reasonable microphones and speakers to hear what was happening. Wild Arrows used a combination of electronic drums and guest drummers (Alan Cage/Quicksand) on the album.  Live, Law and Reshamwala are joined by Brandon Collins on drums and Becca Huston.
Acclaim for Dreamlike Dream:
“a melancholic tone in the vocals and lyrics, with a gorgeous and stark contrast in the instrumentals, which make you feel like you’re in an 80’s pop dream.” Impose Magazine
“The song’s fast-paced guitar and crashing drums create a hazy, energetic track that calls to mind the brilliance of early Arcade Fire.” Cryptic Rock on “Breathe Through”
“The sharp synth strikes and muffled, otherworldly blips created by Law and his partner Yasmin Reshamwala offer a striking contrast to overflowing hearts, beating with all their strength against the hollow, infinite darkness.” Bedford + Bowery
“Brooklyn-based band, Wild Arrows, effortlessly forms dream-pop tunes with an integrated dark streak that feels enchanting and immersive…Mike Law and company delve into personal, accessible and heartfelt subject matter – all the while gripping the listener with stellar arrangements and illusory tones. Wild Arrows constantly pulls in the world’s triviality, connects it, and gives it right back to us with some flavoursome hooks and unforced lines…” The Seventh Hex
Find Wild Arrows here:
FACEBOOK    INSTAGRAM     BANDCAMP
wild arrows
0 comment
0
Facebook Twitter Google + Pinterest