“WAAX have always been raw and unhinged and appeal to that side of you that wants to jump around like no one’s watching and let off some steam.” – triple j

After making a ton of noise in 2018, WAAX are back in a big way in 2019 with their new single – ‘FU’ – out now via Dew Process and Universal Music Australia.

A study in honesty and contained intensity, ‘FU’ documents the very point WAAX moved beyond their initial genesis grounded in punk rock into an arena where they feel ready to embrace all the influences that make up the entire sum of their parts. More than anything, the song is uncompromising in its lyrical intent – wearing its anger on its sleeve in the form of a majestically dark, hooky, and riff-laden rock song, which will inevitably slide its way into your consciousness well before it delivers its weighty message. 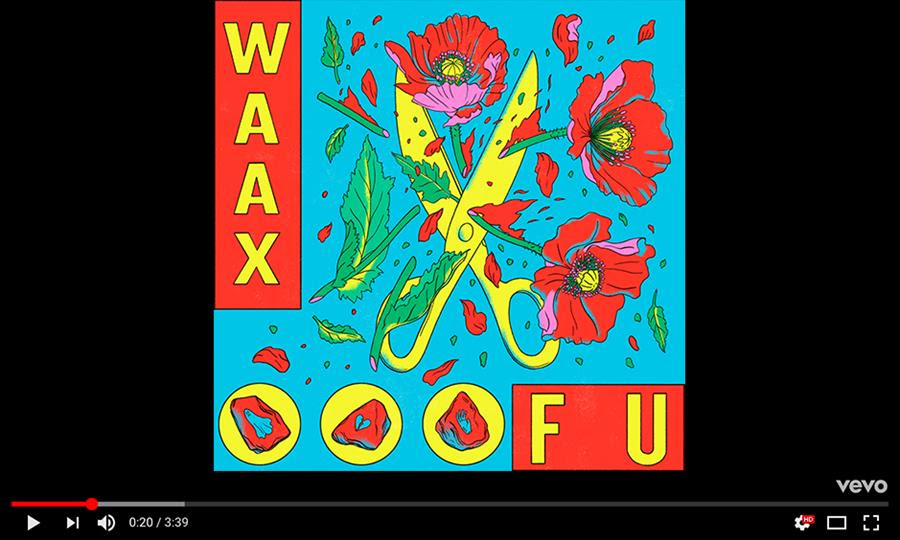 Boasting signature searing guitar lines and an undeniably anthemic chorus, ‘FU’ makes its biggest stand as a showcase of frontwoman Maz De Vita at her powerhouse vocal best. Meanwhile, the song’s short, sharp, one-two punch title serves as the perfect descriptor for the weight with which the music and the words land.

“This song is about a situation with someone in your life who is taking advantage of you and finally having to acknowledge reality and stand up to them,” explains De Vita. “I hope it’s as cathartic for the listener as it was to write.”

‘FU’ premiered on triple j’s Good Nights, where it lit up the message boards with fans thrilled by the new WAAX material. Considering they’re backing up the release of their biggest song to date in ‘Labrador’ (#88 in the 2018 triple j Hottest 100), the pressure was undoubtedly on when the Brisbane quintet – De Vita, co-writer and guitarist Chris Antolak, guitarist Ewan Birtwell, bassist Tom ‘Griff’ Griffin and drummer Tom Bloomfield – had to serve up new music, but as you’ll hear from the outset on ‘FU,’ WAAX have delivered in spades.

WAAX have spent the last few years winning hearts and selling out national tours across the country, releasing two well-received EPs, supporting the likes of big time internationals Wolf Alice, Fall Out Boyand Biffy Clyro, and making sizable waves on the festival circuit with standout sets at Splendour In The Grass, Falls Festival, Good Things and Unify Gathering. Add to that a trophy case of local music awards and it’s clear to see the band’s trajectory is on a steep and promising rise.

After signing with Australian indie label stalwart Dew Process in 2018, the Brisbane quintet first struck gold with ‘Labrador,’ after working with Australian music icon Bernard Fanning as producer, alongside Grammy-winner Nick DiDia (Bruce Springsteen, RATM, Pearl Jam). All three parties reunited to make ‘FU,’ and have clearly not finished tapping the vein they discovered in their early collaborations.

It remains to be seen what other nuggets they deliver in the near future.

For all the latest releases and touring news, head to: www.waax.band WAAX ‘FU’ IS OUT NOW VIA DEW PROCESS AND UNIVERSAL MUSIC AUSTRALIA 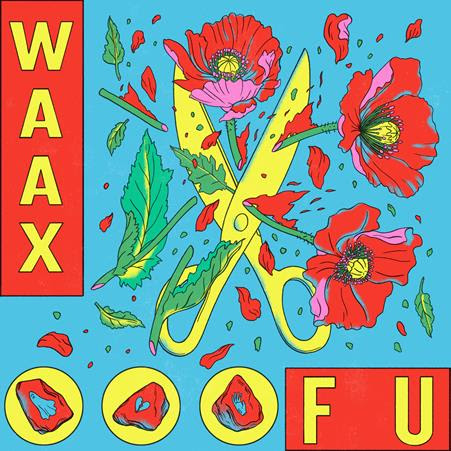 GAUCI UNVEIL NEW SINGLE ‘TO SAVE A MOMENT’...