Vacation is back with the first track from their upcoming album, Mouth Sounds #2699, to be released on Bloomington label Let’s Pretend Records on July 27th.

Cincinnati, Ohio’s Vacation formed in 2009 as a trio, quickly putting out a slew of tapes, singles, and LPs on various DIY labels, while spreading their infectious pop-inspired punk through shows around their native Midwest and tours throughout the rest of the country.
Since then, the group has expanded into a four-piece rock outfit and continued relentless touring, with appearances on bigger stages–opening for The Breeders, Screaming Females, The Black Lips, etc; while maintaining impressive fecundity at home in the studio.
The band released a two-part record in 2016– a miscellaneous collection of basement punk ephemera titled Southern Grass: The Continuation of Rock n’ Roll. By the time of it’s release on Recess Records in July, the group had already snuck into the studio to produce another piece, titled Mouth Sounds #2699.
Engineered by John Curley from The Afghan Whigs at the Ultrasuede Studio in Cincinnati (RIP), the record finds the band at it’s most titanic– with cranked guitars and billowing snare hits as the only constant in an otherwise heterogenous record in terms of songwriting.
The band experiments with some territory previously untouched, with tracks like “Action Road” and “Epileptic Soul” displaying the groups rootsy Petty-esque leanings, and the psychedelic and motorik “Born on a Base” showing the band drawing influence from the likes of Neu/La Dusseldorf. It’s a record not short of attitude however– with blazing tracks like “Broken or Breaking”, “Salmonella Candles”, and “Taking Out the Trash” offering the groups typical tongue-in-cheek lyrics over catchy punk tunes. As a whole, the record sounds like a group ready for the stadium, if they can only avoid the Miller Lite long enough to get there. 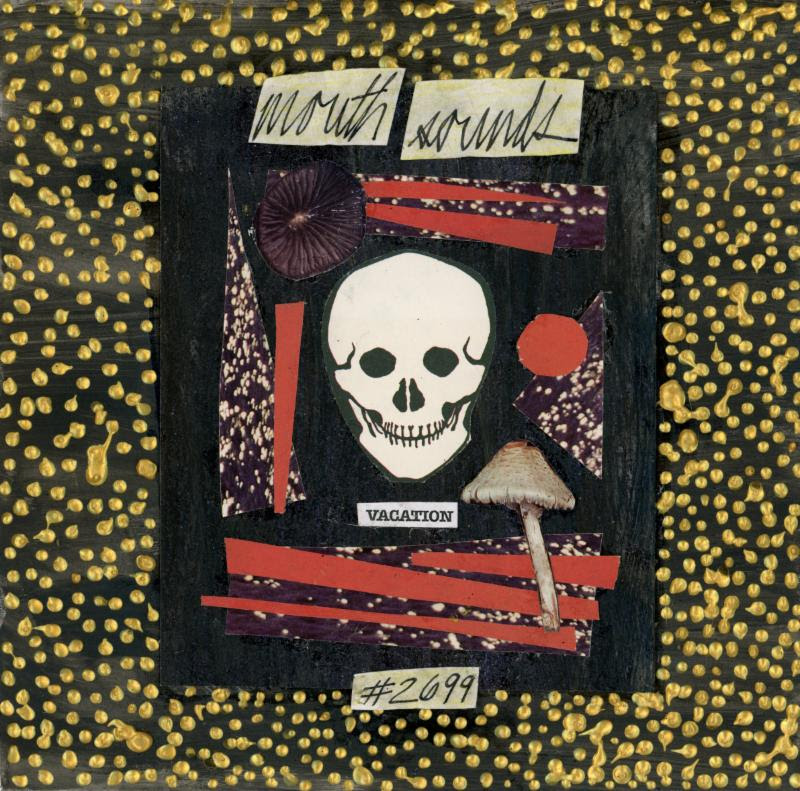