Following on from the announce of their debut record Euphoria, Melbourne’s Total Giovanni are delighted to share the video for their new single ‘Awake’. Watch the video via the image below.

Total Giovanni’s Vachel Spirason describes – “The song ‘Awake’ is about desire and insomnia so the original idea was of a late night 1900 number ad that comes on the tele as it playfully riffs on both those elements. But the idea was for sexy boys on the TV instead of the stereotypical ladies in leather with big hair etc. Director Julian Lucas took the idea and ran with it adding his own magic. Anything that results in TG Jules getting lubed in coconut oil is always a great outcome.”

Director Julian Lucas also adds “I love making films with music, dance and comedy; ‘Awake’ has all of these. I also like films that have suburban, somewhat mundane elements to them. There’s a bit of magic in the everyday monotony of life, which is touched on in the clip.  The TG boys are great dancers, their music makes you want to move, and so I was always going to incorporate dancing into the clip. Jules from TG has so much natural talent and showmanship – he’s a director’s dream. I was nervous when I texted him and asked “Are you comfortable crawling on the ground with your top off covered in oil?” He wrote back immediately, “Extremely comfortable.” So good. ”

Total Giovanni are a band that emerged out of the creative experimentation of five old friends Vachel Spirason, Julian Rawendra, Joe Charles, Dave Reidy and Matthew Hadley. The band’s following has built quickly on the reputation for their unpredictable and incendiary live shows.

Total Giovanni’s debut album Euphoria is out Friday 19th October via Dot Dash / Remote Control Records. The band are set to take their amazing live show on the road in support of Euphoria in October and November. With Sydney now sold out, Brisbane about to sell out and Melbourne already onto a second show do not miss Total Giovanni in full flight. 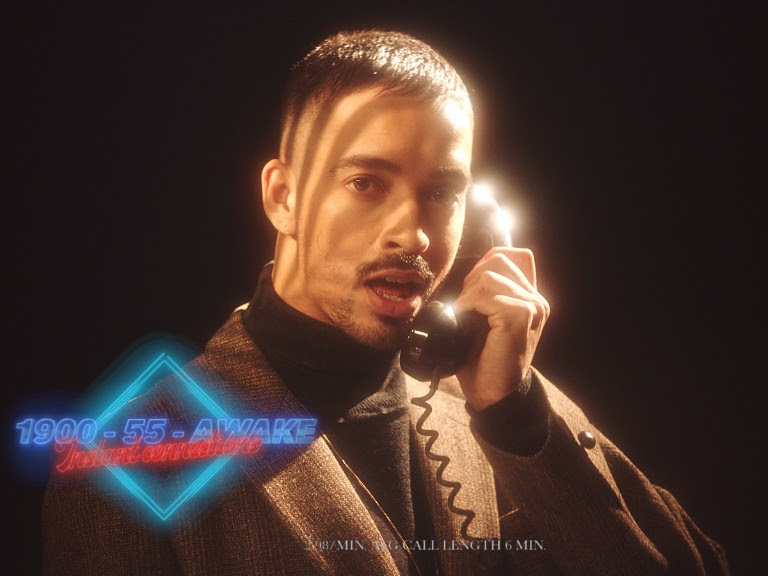