Premiering on Mixmag yesterday, Tuff City Kids – the duo consisting of Gerd Jason and Phillip Lauer – have delivered an amazing italo-disco inspired summer banger that begs you to worship at the altar of Total Giovanni.

Both remixes are now available on all digital service providers.

‘Your Light‘ reintroduces you to the Total Giovanni’s signature breezy groove, edges into more polyrhythmic territory then escorts you through an open, big falsetto disco chorus, with layered lo-fi synths and up beat guitars pulsing towards the track’s close. “It was the first time we’d recorded with a live drummer instead of using drum machines and samples,” the band say, “we wanted the song to have a warm organic feel that reflected the sentiment and tone of the song.” Graeme Pogson, whose elite kit skills power GL and Bermuda, laid down the body of the track which would base the collective energy of the band playing in one room.

Lyrically, the song is about love as a journey. “The song got written around the time my partner became pregnant and it’s really about the euphoria of awakening and becoming. I feel like I owe my lover an eternal debt for changing my life for the better so the song is about that shift she brought about in me,”says Vincent D (AKA Frankie Topaz) 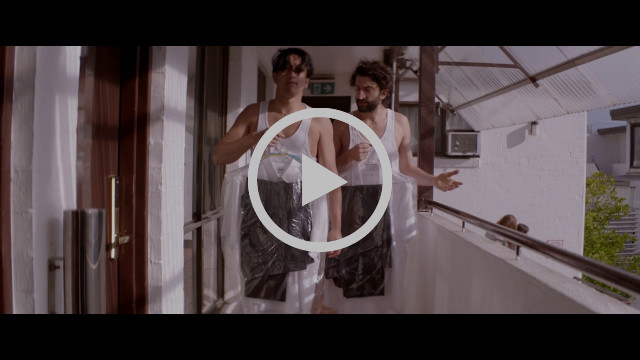 Brian May teams up with Five Finger Death...

Monnone Alone return with ‘Do it Twice’ an...