“These self-styled party lotharios show off a discerning, deep appreciation for disco, The Cure, Talking Heads and MiSex… Loads of fun” – The Herald Sun ★★★★

“A diverse, thrilling experience through the band’s wonderful creative minds, [Euphoria is] a record not to be missed.” – The AU Review ★★★★

“The introduction to [Awake] is a sharp, sweltering, Spanish guitar-like sound, with a fine bass line that follows to accompany echoing vocals leading the song… You know you’re in for a good time.” – Purple Sneakers

“Incendiary, light-footed and brazen with cow bell love, Awake is sure to make your feet move, wherever you lie” – AAABackstage

A blend of  Balearic hedonism, classic punk funk and psychedelic washes, Euphoria feels like a sweaty dancefloor and tastes like the first burst of summer. Glistening singles ‘Your Light’, ‘Comes In Waves’, ‘Awake’ & ‘I See’ each draw on the diverse inspirations that have influenced the making of Euphoria, where the Paradise Garage meets Madchester on the shores of the Mediterranean.

Total Giovanni are a band that emerged out of the creative experimentation of five old friends Vachel Spirason, Julian Rawendra, Joe Charles, Dave Reidy and Matthew Hadley. The band’s following has built quickly on the reputation for their unpredictable and incendiary live shows. In addition to displaying a unique musical rapport, these live shows involved visual experimentation and explosive physical performances that combined to set off a word-of-mouth phenomenon.

Total Giovanni are set to take their amazing live show on the road in support of Euphoria in October and November. With Sydney and Brisbane sold out and Melbourne’s second show about to sell out, do not miss Total Giovanni in full flight. 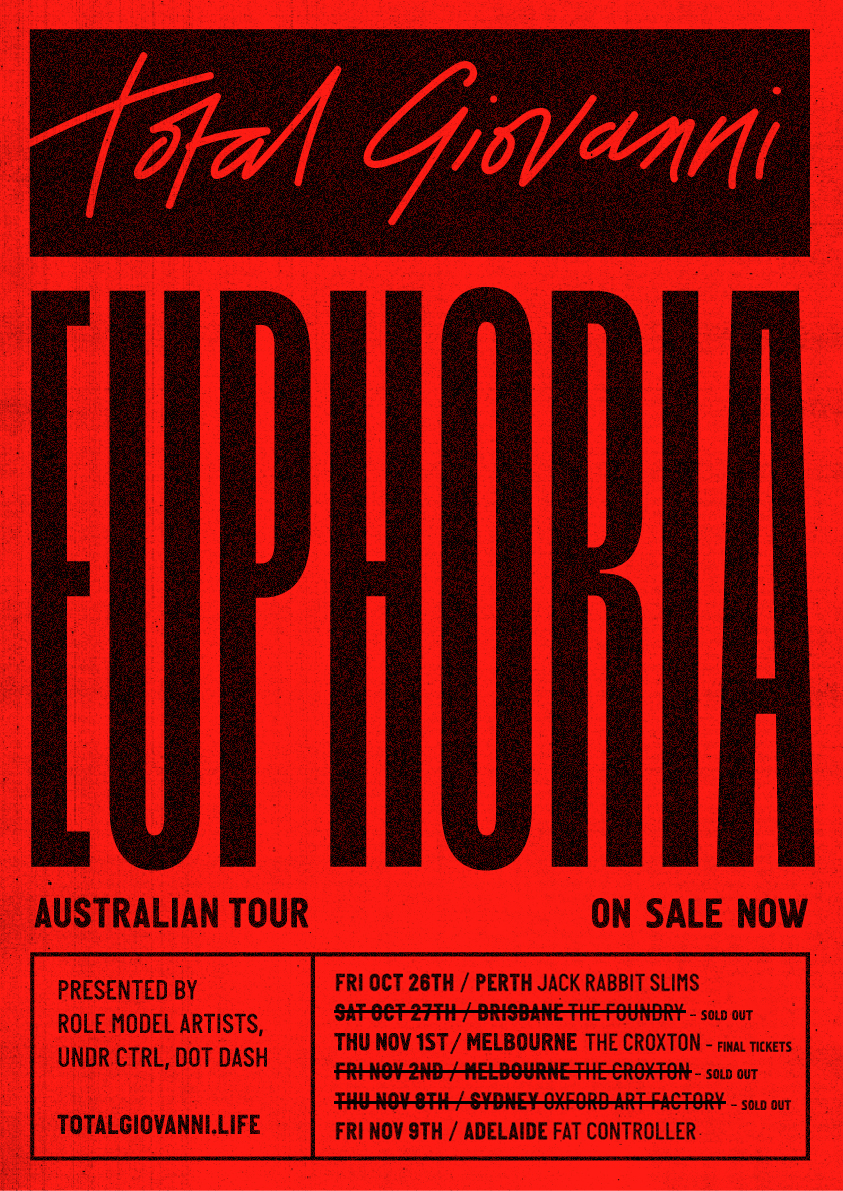 STEREO TRAVELS THE WORLD DURING ITS 20th ANNIVERSARY