The Kills To Perform at Brooklyn Steel on July 21st, Echo Home – Non-Electric EP in Celebration of 15th Anniversary Out Now

“The most reliably great and sexually charged duo in blues-rock thrive onstage, stalking each other in a heady whirl of guttural screams and sharp cheekbones.” – New York Times
“The Kills’ Alison Mosshart is one of the greatest frontpeople in music…blasting through a set with confident abandon and fluid rock-god moves.” – Billboard

“Beyond their considerable swagger, the Kills are also some of the best in the business musically, from Mosshart’s snarling vocals to Hince’s exhilaratingly perverse take on blues guitar.” – Entertainment Weekly

The Kills – Alison Mosshart and Jamie Hince – have added a NYC  headlining date at Brooklyn Steel on July 21st. Tickets go on sale Friday, July 7th. In addition to the Brooklyn date, the band is performing at Foo Fighters’ Cal Jam in San Bernardino on Oct 7th and David Lynch’s Festival of Destruction in LA on Oct 14-15th at the Theatre at Ace Hotel in LA.
The Kill recently released the Echo Home – Non-Electric EP digitally on June 2nd. A limited edition 10″ vinyl will be release on August 18th – Pre-order HERE. Both the physical and digital versions of the Echo Home – Non-Electric EP feature audio from a stripped down session the band captured recently at Electric Lady Studios in New York. Alongside “Echo Home”, the EP features Ash & Ice track “That Love”, a cover of Rihanna’s “Desperado” (which the band originally played as part of a Sirius XMU session), and the song “Wait”, off the band’s first ever release, Black Rooster EP, which celebrates it’s 15 year anniversary on May 28th.
The Black Rooster EP was originally released on Dim Mak in 2002 and was the start of what’s been an incredible career for Alison Mosshart and Jamie Hince of The Kills.
With five full-length albums (the most recent being 2016’s Ash & Ice), four EPs, a documentary, and countless live shows under their belt, the passion and fire they continue to bring to every recording and performance is extraordinary.
In their 15th year as a band, The Kills have been looking back and celebrating with a string of anniversary shows and retrospective features, and now this re-recording of “Wait”, one of the first Kills songs ever released. Steve Aoki, owner of Dim Mak and another artist who has proven a career with similar staying power, recently had some words to share on the release of Black Rooster:
“Many moons ago, back in 2002, I had to make a decision whether to pursue a Ph.D. Program or continue with my label Dim Mak & after hearing a demo from The Kills and becoming the first American label to release their EP Black Rooster, I knew what path I was going to choose. They took me under their wing and I hit the road with them as their tour manager, merch guy, driver (we all took turns) and label. I’ll never forget that and love Jamie and Alison forever. Thank you for believing in lil me when not many people gave two shits about Dim Mak and what we were doing. Ride or Die.” – STEVE AOKI
Watch The Kills perform “Desperado” (Non-Electric Version) HERE.
The Kills will be appearing on the July 12th episode of the Jimmy Kimmel Live! 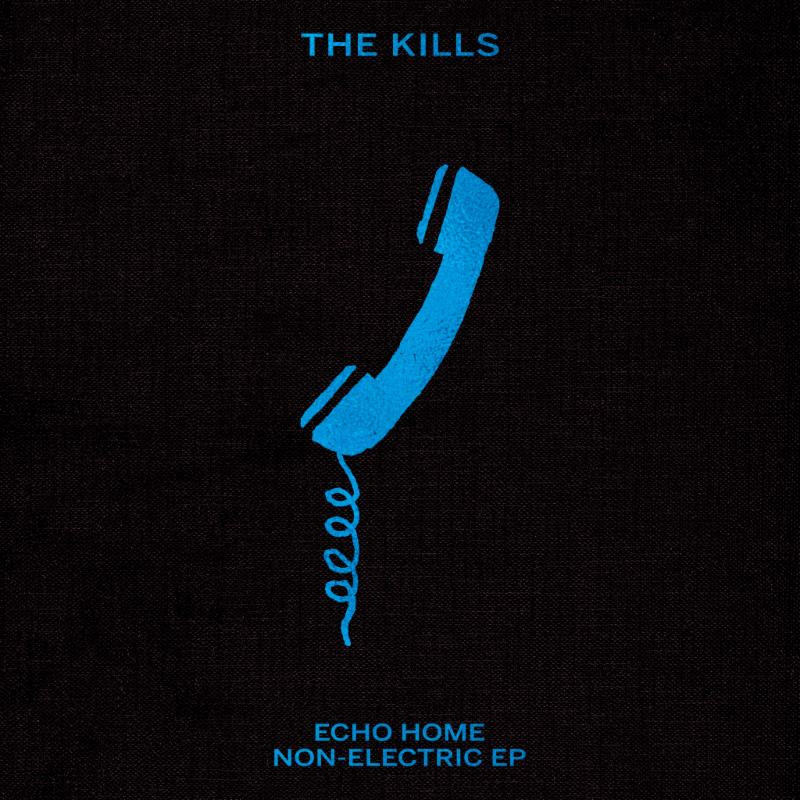