Monnone Alone – Summer Of The Mosquito – Out Friday 10 May

After five years of silence from Melbourne outfit Monnone Alone, the indie-pop gurus are making up for lost time with two recent singles out, ahead of the band’s May 10 album release Summer of the Mosquito. Monnone Alone led by Lost and Lonesome label headMark Monnone, are now ready to share the music video for second single, ‘Do It Twice’which was premiered by US publication The Big Take Over. The song’s candid ramble down memory lane has had the same yesteryear concept applied to it for the screen with help from director/cinematographer Lily Youngsmith and editor Lehmann B. Smith. The videoshowcases the band’s knockabout personality while pairing a low-fi visual perfectly to the raw Monnone Alone sound.

“Our new single ‘Do it Twice’ is written from the point-of-view of a mid-40s gentleman, looking back over the years and realising his greatest achievements – the things that have really left an imprint on his being and still bring a twinkle to the eye – are the things that didn’t work out so well; awkwardly handled social interactions, frustrating miscommunications, situations that went monumentally wrong and made the heart beat ever faster and really fire up the perspiration glands. With this in mind, for the video, it was obvious the first thing we needed to get our hands on was a green screen.”  – Mark Monnone

The ‘Do It Twice’ video conveys the same sense of clumsy nostalgia as depicted in Mark Monnone’s songwriting. Taking inspiration from acts like Madness, Talking Heads andOrange Juice, for better or worse the band leapt into the green screen-realm to shoot the clip. The final touch was to drop some 60s and 70s Australian home movies (scavenged at a garage sale) into the background.

Be sure to catch Monnone Alone when they tour the east coast with shows in Melbourne, Beechworth, Canberra, Thirroul and Sydney during March and April.

‘Do It Twice’ b/w ‘The Sea and the City’ out now!
Summer of the Mosquito out Friday 10 May through The Lost and Lonesome Recording Co.

After recently dropping their first new material in over five years, beloved Melbourne outfitMonnone Alone returns for kick-ons with new single ‘Do It Twice’. Despite a misleading nom de guerre, the off-kilter indie-pop group, lead by ex-Lucksmiths bassist and Lost and Lonesome label head Mark Monnone, continue to build from their humble solo beginnings while maintaining a winsome haze of collective introspection. Now featuringJoe Foley Foley (Aleks & the Ramps) on bass, Louis Richter (Mid-State Orange) on guitar and Gus Franklin (Architecture in Helsinki, The Smallgoods) returning to the throne having played drums on (and co-produced) the outfit’s first album Together at Last,Monnone Alone have finally resurfaced with recent track ‘Cut Knuckle’ and newcomer‘Do it Twice’.

Recorded and mixed by Gareth Parton, assisted by the band’s drummer Gus Franklin ‘Do It Twice’ will hit the streaming waves and your record players with a limited run of 7” vinyl on Friday 22 February.  In his rollicking mid-life singalong, Mark Monnone asks to see his past moments of interpersonal discomfort and raise them a double-whammy to see if they’ll all crash and burn one more time so he can revisit that awkward adrenaline rush and feel those “fever sweats and forever shakes.” 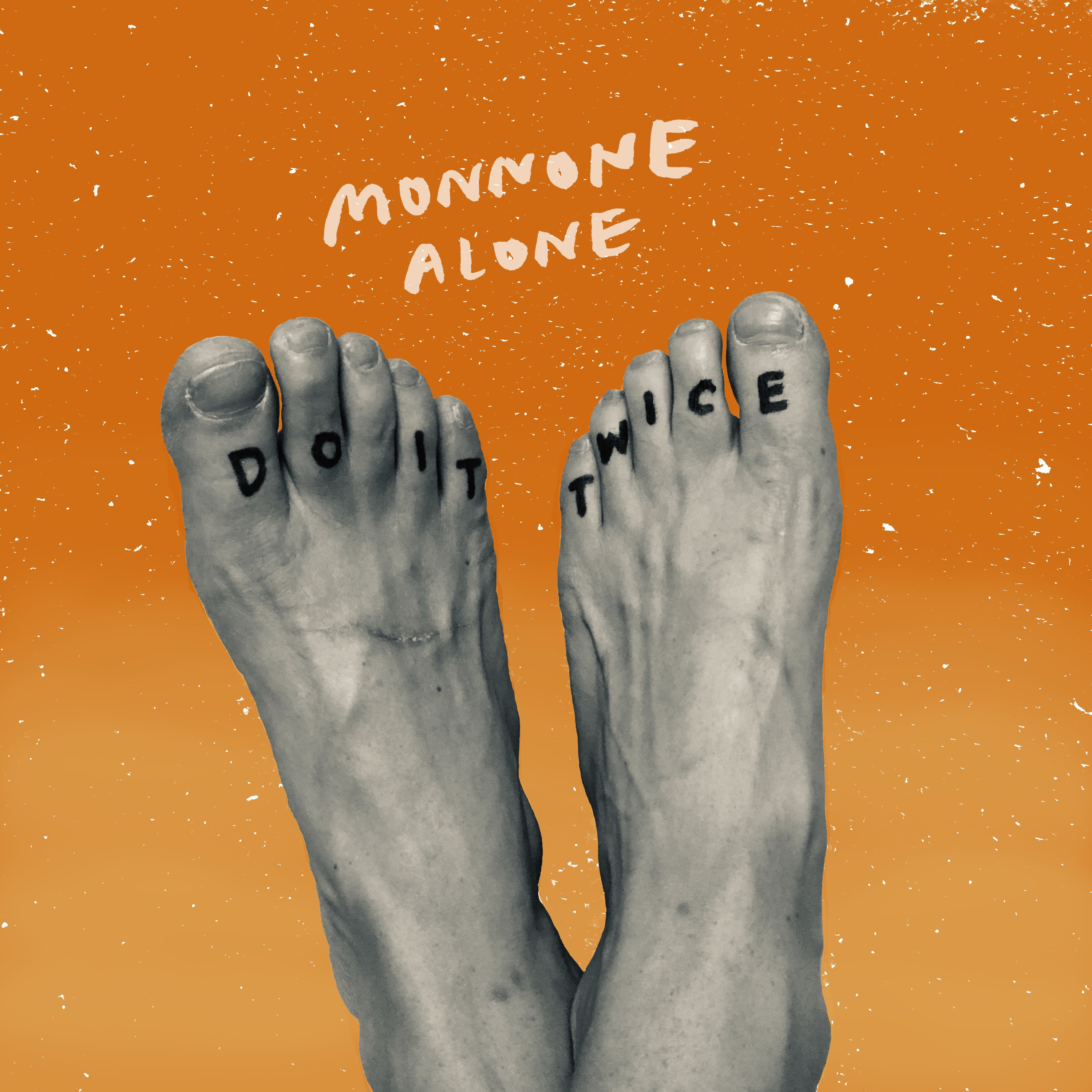 The single’s B-side ‘The Sea and the City’ is a cover of a song by San Francisco bandThe Mosquitoes, from their classic lost album of 2004 Our Generation. The album was recorded in Melbourne and Mark Monnone actually featured on drums.

Live, Monnone Alone feature a sonically-driven line-up with Richter’s 12- string riding high in the mix and Monnone’s growing collection of fuzz pedals finding their place among the glorious racket. All the while, as ever, the pop song wins out and Monnone’s proclivity for a winsome turn-of-phrase and bruised-but-beautiful melody continues to shine through both on stage and in the studio.

Be sure to catch Monnone Alone when they hit East Coast with shows in Melbourne, Canberra and Sydney during March and April.

‘Do It Twice’ is out Friday 22 February via The Lost and Lonesome Recording Co.

“I was in the car listening to Don Quixote on audiobook and there was this hallucinatory bit where Quixote gets lowered into the Cave of Montesinos. When I was a kid we had a farm with a well where we kept wine and I always loved being lowered down by rope to collect bottles for the adults. I guess the pit in ‘Cut Knuckle’ could be one of those grand metaphors for life in general, you just keep getting lowered into it not knowing where it’s leading and the deeper you go, the more invested you become. There’s no way of knowing what’s at the end of it until you get there and you’ve just got to hope it’s something beautiful and different.” – Lehmann B. Smith

Keeping its release date tightly under wraps, Summer of the Mosquito is a record as bold and beatific, as vivacious and volupt, as wobbly and as warm as the storied history of the misnomer that is Monnone Alone. Throughout its many forms and line-ups, the outfit has toured the US and Europe off the back of the debut LP and played alongside esteemed groups such as The Wedding Present, The Pastels and Comet Gain. Back on home soil after a bit of time off touring, the four-piece are thrilled to launch the new single with a hometown show upstairs at Melbourne’s Gasometer Hotel along with special guests Cool Sounds and Way Dynamic.

‘Cut Knuckle’ is out now via The Lost and Lonesome Recording Co. 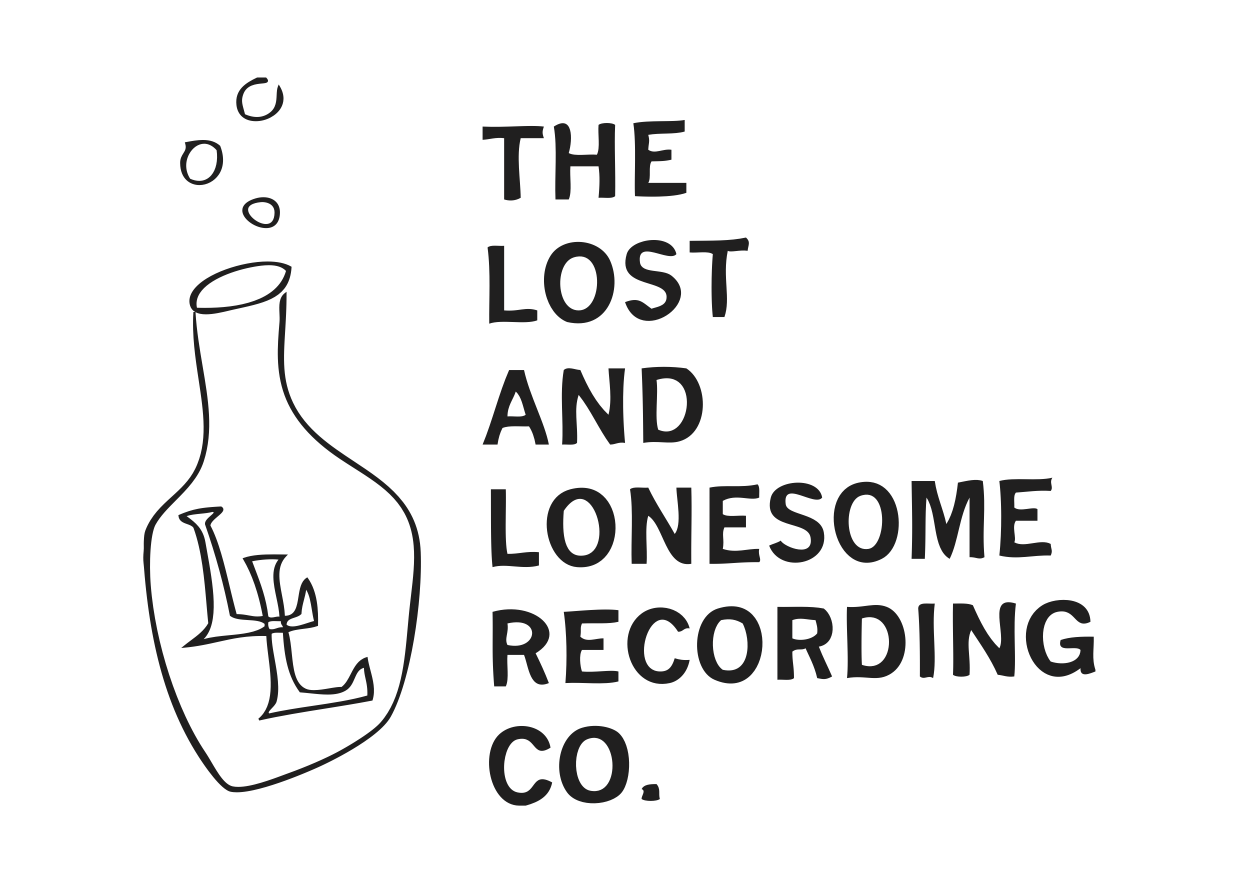