Cyanide Thornton have today shared their stunning debut self-titled album via Bedroom Suck / Remote Control. Catch the band launch their debut album at The Curtin on Melbourne on Friday 16 November.

Featuring members of Two Steps On The Water, the band was founded in early 2016 and have been steadily gaining traction in Melbourne’s alternative rock circuits.

While incorporating elements of folk and rock, Cyanide Thornton transcends its composite parts, moving into a space of raw emotion and fierce determination. Ellah Blake (drums) and David Pesavento (bass) provide understated yet resolute punctuation for each song, holding together the music with a remarkable tenderness and affection, and providing a cradle for Sienna Thornton’s masterful and harrowing lyrics and guitar work. Thornton’s voice is at once wistful and melancholic, painting narratives with a tender immediacy. The album evokes a sense of magical realism, with its lyrics transforming painfully human experiences of love and loss into magical and ethereal moments.

Cyanide Thornton is a record wreathed in tenderness, honesty and intimacy, and will guide you from the dark corners of your mind to somewhere unearthly and supernaturalSupporting Cyanide Thornton at their album launch will be the legendary South Sudanese performerGordon Koang. Gordon, accompanied by his cousin Paul Biel, performs a blend of traditional South Sudanese rhythms and original compositions in English, Arabic, and their native language, Neur. Opening support comes from Romy Vager, songwriter and lead singer of Melbourne’s favourite rock outfit, R.V.G. This event takes place on the stolen land of the Wurundjeri people of the Kulin Nation. We pay our respects to their elders past, present and emerging. Sovereignty has never been ceded. 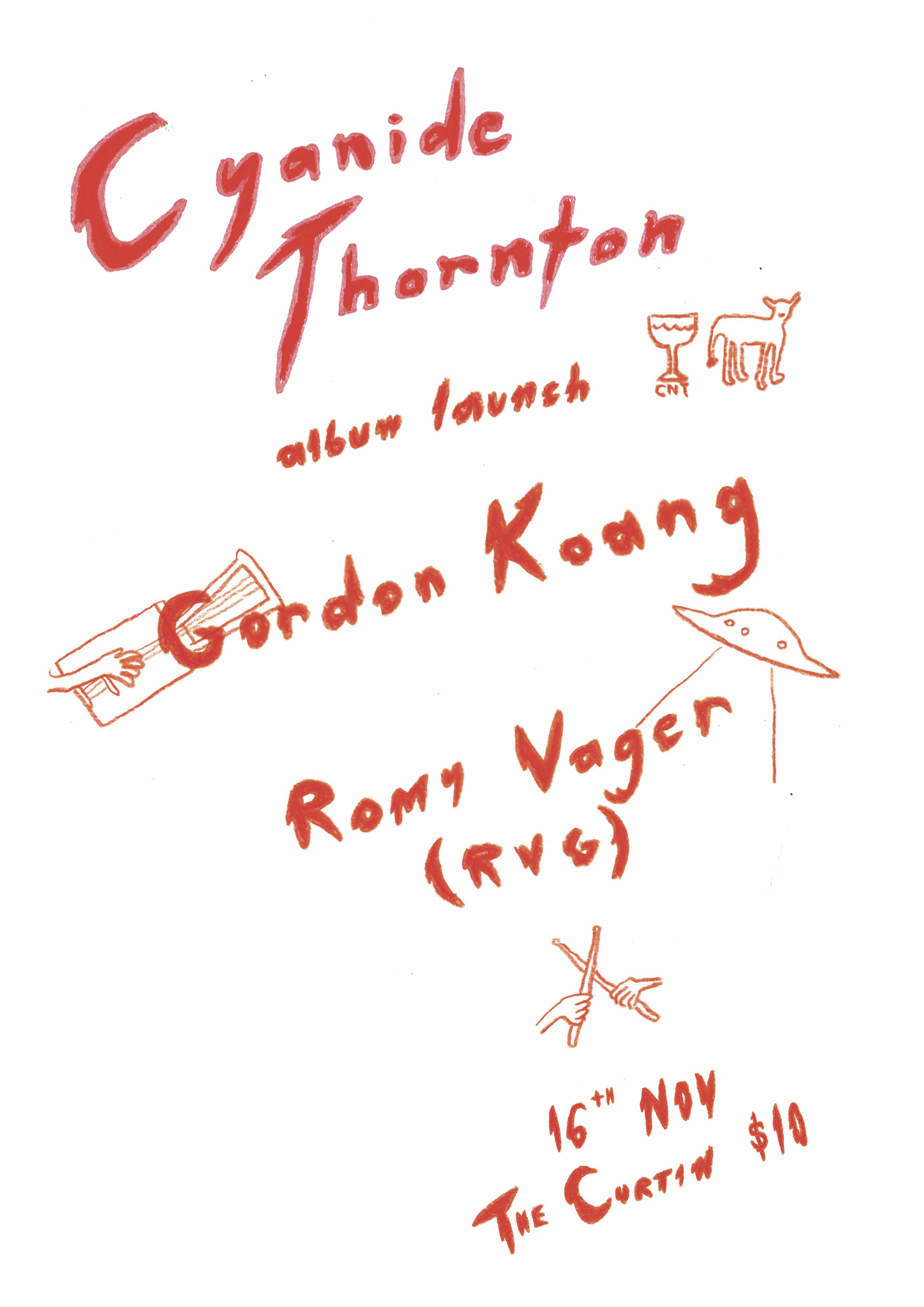