“Sly Withers is a band you need to see to truly appreciate.” – RRR

“‘Lately’ is a track that comes at you, with a hearty, powerful drive behind each element.” – Xpress Mag

“The talented quartet have been fine tuning their craft over several years and all their hard work is finally paying off as they threaten to break out into national prominence.” – Isolated Nation

Alongside ‘Lately’ (featuring fellow West Australian star on the rise Carla Geneve) and ‘Sad Guy,’ Gravis features four more tracks that stand as the sum of years of hard work gigging around Perth, touring the country, and writing song after song after song that has maneuvered them into this exciting chapter of their career. “We’ve been working real hard on this sh*t for six years,” says guitarist and singer Sam Blitvich. “We’ve learned to write together, we learned to play together, and we learned to play live shows together and be a band. We’ve done everything for such a long time and we’ve put the work in over the years and it’s really nice to get the pay-off for all that hard work.”

Those hard yards have recently paid off by earning the band regular triple j play, widespread media praise, and extremely some juicy support slots. They’re currently blowing the doors open for melodic hard rockers Slowly Slowly on their Australian tour. And it was recently announced that chart-topper and not-so-low-key pop punk fan Amy Shark is taking the boys on the road for a regional Australia tour. Tickets for those shows are on sale now at amyshark.com.

Consisting of members Jono Mata (guitar / vox), Blitvich (guitar / vox), Joel Neubecker (drums) and Shea Moriarty (bass), Sly Withers have steadily built a fan and critical following thanks to songs like ‘Lately’ and ‘Sad Guy,’ as well as the independently released singles ‘Closer,’ ‘Pleb,’ and ‘Google Maps,’ which has earned them props from national tastemakers like triple j Unearthed, The Music, Pilerats, Life Without Andy and Hhhhappy. 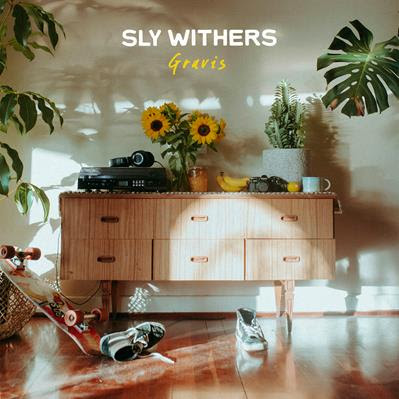 Save The Date…Good Things Festival Returns in December 2019. Dates And Venues Are Revealed