“Veering from jazz to folk, pop to lo-fi abstraction, his work has gradually found an audience online.”

“With “I Pray” featuring a gorgeous piano score with comforting hints of jazz, Panzeri’s soft crooning ties the luscious track together.”

“a tender and soulful ballad made of environmental samples, electronic beats, dreamy voices and folk guitars”

FatCat Records on ‘Oh My Love’

Singer-songwriter Old Fashioned Lover Boy, will be sharing the first single off his upcoming LP, ‘I Pray’ on 25 January 2019 via A Modest Proposal Records. This is Old Fashioned Lover Boy’s first release since his 2016 debut album, ‘Our Life Will Be Made Up Of Simple Things’, which contained the breakout hit, ‘Oh My Love’ which racked up over 200 thousand streams on Spotify and was included in influential playlists such as Fresh Finds and as part of DEMOSITE on FatCat Records with further support from tastemaker publications like Clash Mag and Spill Magazine. Old Fashioned Lover Boy has shared stages beside the likes of Paolo Nutini, Hurts, Andy Shauf, Micah P Hinson and Scott Matthews and has been fortunate enough to complete an extensive 100-date tour across Europe with Gibson providing guitars on the UK leg of the tour as well as a couple of performances in Italy. He also promoted his solo set with a short three day tour in Tokyo, Japan.

Alessandro Panzeri decided to release music under his new moniker, Old Fashioned Lover Boy. Surrounded by music his whole life as his siblings all play instruments, but it was only when he arrived at university, that he truly started to approach music in a different way. At the age of 18 and with no professional experience, he started writing his own music and became more interested in the music scene of Italy. Currently based in Milan, Alessandro Panzeri made it his main priority to play and promote indie and rock music in the city he was born, Naples. After significant contributions, Panzeri decided to move to Milan in 2013 and radically changed his approach to music, shifting from his indie rock roots to a singer-songwriter perspective. After releasing his first EP in 2014, ‘The Iceberg Theory’, he traveled and performed all over Italy, steadily growing a local following. With the release of his debut album, ‘Our Life Will Be Made of Simple Things’, he gained the attention of fans abroad in the UK and in USA as the lead single ‘Oh My Love’ was spreading across the world.

Old Fashioned Lover Boy has since shifted his acoustic guitar dominated sound to focus more on piano-driven melodies complemented by soul and RnB elements. Drawing from a vast array of soul and folk influences from eclectic acts like Blood Orange, Frank Ocean, Daniel Caesar, Local Natives, and Dirty Projectors, Old Fashioned Lover Boy’s sound can be compared to acts like Bon Iver, Tom Odell, Ryan Adams and James Morrison. He manages to perfectly blend jazz, soul, folk and funk as he guides each genre in an harmonious dance, allowing each element the spotlight it deserves, without dominating over the other parts that make up his layered soundscape.

The lead single from Old Fashioned Lover Boy’s upcoming album, ‘I Pray’, was produced by previous collaborator Marco Giudici (Any Other, Leude, Generic Animal) and composed buy Panzeri himself. ‘I Pray’ is a jazz-infused, soulful piano-lead song. Each tender percussion hit, subtle guitar lick, and piano chord work together to enhance Old Fashioned Lover Boy’s entrancing voice, as he croons across this smooth and luxurious track. ‘I Pray’ tackles themes of self-care and coming to terms with your own happiness, before being able to open up to a potential romantic partner.

On his latest single, Old Fashioned Lover Boy explains that, “‘I Pray’ is about the feeling of solitude and misunderstanding that each of us has had at least once in our life, when you feel you deserve more fulfillment from your life. The track is not strictly biographical, but it does encompass a feeling I’ve felt before.” Speaking about the origins of the track, Panzeri elaborates that, “I care deeply about this track, because it was among the first I wrote on the piano. I had an old song that I never published or completed and after playing it on the piano for the first time, I came up with new melodies and ideas; from there it all started and I completed it in a few minutes”. 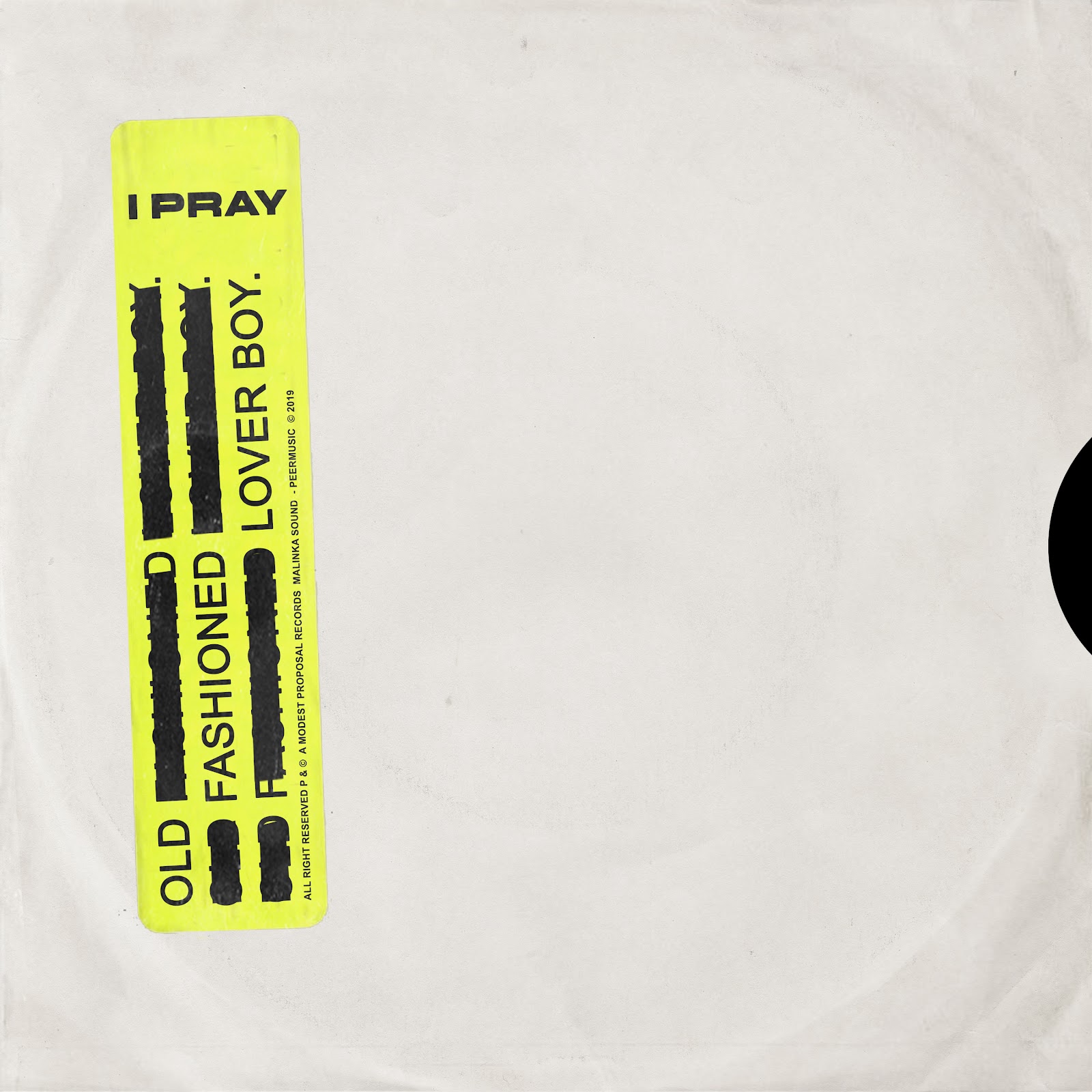