“Taking the piss but still drilling in that explosive punk sound to a tee”. – 4/5 stars
– Claire Mooney – triple j (AUS)

“Walls of razor-sharp guitars combine with steadfast bass, hovering above swift and ferocious drums that are capped off by the unapologetically abrasive vocals of front woman Siobhan Poynton”.
– The Line of Best Fit (UK)

“One of Australia’s preeminent forces in this country’s pub rock scene”.
– Pilerats (AUS)

Ringing feedback and pounding drums set the tone for SCABZ’s latest offering ‘Feel Good Summer’. The track wastes no time launching into a full-scale assault of raucous and gritty punk-rock, as singer and guitarist Siobhan Poynton belts out lyrics from the perspective of climate change deniers and the ridiculous points they make to justify their cause.

Poynton talks about the bands passionate stance on global warming:

“There isn’t really an excuse to not care about climate change. We’re just at the point that we’ve realised nothing really matters if you’ve gone extinct”.

To coincide with the release, the band will traverse the East Coast on an eight-date tour, stopping by the Northern Beaches, Brisbane, Gold Coast, Newcastle, Canberra, Wollongong, Melbourne and of course, Newtown.

This continues on from a relentless 12 month touring schedule, which included sharing stages with the likes of Skeggs, Ruby Fields, Bugs and performances at Yours & Owls Festival, Festival of the Sun, BIGSOUND and Bad Friday. The band also recently equalled a record for performing the most amount of sets at King Street Crawl, playing an impressive five shows back-to-back.

SCABZ are a driving force behind Australia’s punk scene. Just as comfortable heckling old mates at a country pub as they are at a festival, they can be politically charged, grating and funny as ever regardless of the stage. SCABZ are closing in on a full, reckless and energetic sound unlike any other act in Australia.

In the coming weeks SCABZ will reveal an accompanying music video for ‘Feel Good Summer’. 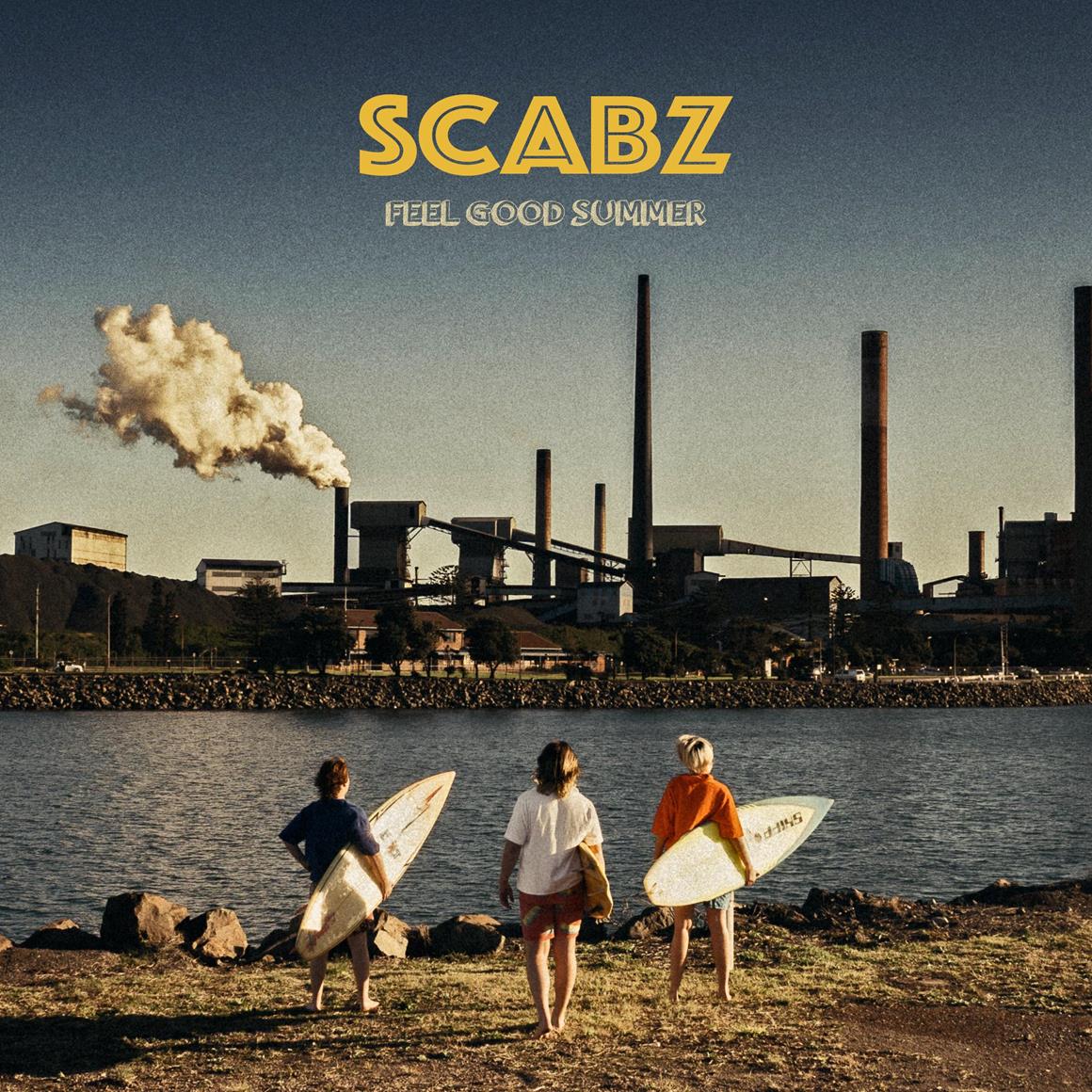 Zamna Festival unveils its daily line-up for the...

Good onya SCABZ!!!! “Feel Good Summer” was the best song I have heard in ages. Certainly the best song RAGE has played for a bloody long time! Great tune, great music, great lyrics and a great protest message to boot! Australia needs more music with messages like that. Until I heard your song I was starting to lose faith in the quality and virtues of modern music. I hate that mushy,Indy,house, commercial shit that dominates the airwaves these days. We deserve more good rock n roll, whether its pub, punk or hard rock!
Hang in there and keep up the good work, Cheers.