Photo by Shervin Lainez
Rubblebucket is ecstatic to announce the upcoming release of a new album.  Entitled Sun Machine the LP will be released August 24 via Grand Jury Music.  Today they share the first peek into Sun Machine by way of a video for the wistful single “Fruity.” Consequence of Sound premiered the video noting the track’s “cheerful, trance-like sound filled with buoyant rhythms and smoky horns.” The band’s Kalmia Traver told them, “the beat came from my cousin, Ben “Swardy” Swardlicksent, who performs as M Machine. We have a dream of starting a band called Cousins Camp, so this track is a trial run of sorts. This beat was so fun to write over, the lyrics just bubbled out! Alex flipped when he heard the 60 second seed and we immediately wanted to develop it for Rubblebucket.” Read their CoS “Origins” feature HERE and watch the video, directed by Julia Barrett-Mitchell and Rubblebucket, here:
Find “Fruity” here
Rubblebucket is Kalmia Traver and Alex Toth and Sun Machine marks their first album for Grand Jury.  Live, the band bring the party to any venue they play — Rolling Stone has called them “the indie rock Miami Sound Machine”  and Paste say they are “catchy enough to ass-kick Katy Perry off the pop charts (in a just world).” They have a handful of shows confirmed in support of Sun Machine with a full tour to be announced soon. Current dates are listed below.
In the summer of 2015, after finishing a year of intense touring, Kalmia asked Alex (her longtime romantic partner) to move out while they began working on new music.  After a reconciliation, they eventually chose to “consciously uncouple.” Despite this breakup, Kalmia and Alex kept on writing and recording together, ultimately creating and co-producing Sun Machine, their most transcendent album to date.
Sun Machine documents the pain of Kalmia and Alex’s romantic relationship ending, yet emerges as an unbridled and often-euphoric celebration of their lasting connection. While the breakup inspired much of the album, Sun Machine is deeply informed by several other life-changing occurrences in recent years: Kalmia’s diagnosis with ovarian cancer in 2013 (followed by a round of surgeries and chemo treatments), Alex’s decision to get sober after a long struggle with alcoholism, and the couple’s three-year-long attempt at maintaining an open relationship. The result is a strange and beautiful paradox: a party album rooted in radical mindfulness, a breakup record imbued with each partner’s palpable love for the other.
With its airy melodies and lavish textures, dream-logic sensibilities and dancey rhythms, Sun Machine radiates the bright and joyful energy encapsulated in its title. “It’s a reference to the sun as this abundant natural resource we all have available to us-but it’s also about the inner sun, the magma in our hearts,” says Kalmia. “When you can access that, you’re able to get through really hard moments, and evolve and develop creatively. I think that’s the best way to explain how I was able to work through the process of the two of us transforming our relationship in a positive way.”
Sun Machine finds Kalmia and Alex tapping into their creative instincts more freely and directly than ever before. “Kal and I are both jazz musicians, and jazz is very much driven by improvisation-it’s about getting in touch with that inner spontaneity, where you’re channeling ideas rather than thinking them up,” says Alex. “There’s a lot of moments on this album that happened from us being in a trance-like zone, and coming up with weird sounds in the middle of the recording, sometimes by accident.”

Both band members hope that Sun Machine encourages others to see the possibility for transformation in painful experiences of all kinds. “When I got cancer and Alex quit drinking, that was the beginning of a huge journey for both of us,” says Kalmia. “So much of that journey has been about giving myself the freedom to exist on my own terms, believing in my ideas instead of self-editing. I think this album represents both of us allowing ourselves that freedom in a totally new way, and hopefully it’ll give people inspiration to be creative in their own lives, and to just soften up a bit too.” 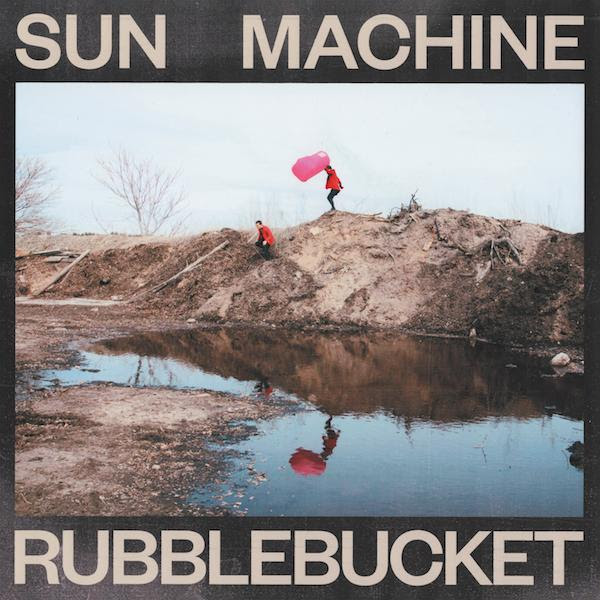 Million Miles Releases “Can’t Get Around A Broken...

THE WOMBATS – OFFICIAL SPLENDOUR IN THE GRASS...