Having trickled his first few delectable electronic singles out from his bedroom-studio (or ‘Beatzeria’), and into the world via the Power of The Internet, Pizzagirl last month revealed his debut medium-length concoction, An Extended Play.

Now he’s following it up with a weekly series of videos for each track on the EP; episode #1 is a purple-tinged nighttime walk for opening track Favourite Song. Check into Pizzagirl’s world on Monday for the next five weeks to see the forthcoming instalments.

Turning heads across the virtual world and beyond with his brand of emotional electro-bedroom pop, and earning himself champions at DIY, The Line of Best Fit, High Snobiety and BBC Radio 1, this is the first chance to enjoy Pizzagirl’s cunningly crafted gems as a complete collection.

Following the release of Favourite Song, Carseat, Coffee Shop and Seabirds, previously unheard tracks $2.45 and Private Number are exposed to the public. The former is a colourful sample-led collage reminiscent of The Avalanches or SUPERORGANISM, the latter a digital ballad about a computer falling in love with its user.

Not a girl, nor having any affiliations with pizza, Pizzagirl channels through his music and visuals the extroversion of 80s electronica, late 90s internet culture (just check out his website) and US East Coast sad-indie introversion, calling to mind the likes of Porches, Frankie Cosmos or Alex G.

It’s a small operation. With the help of a thrown together flatpack mini studio, Pizzagirl writes, records and produces all of his music and visuals from the comfort of his home. His best mate shoots his videos and his mum takes his press shots.

Standing solo on stage, accompanied only by his trusty laptop, Pizzagirl displays the lonesome idiosyncrasies of an introvert married with the larger than life extroverted nature implied by his eccentric, zany and often pensive pop tunes.

Pizzagirl’s debut EP An Extended Play is out now on Heist or Hit.

MAY
25th – MANCHESTER, The White Hotel 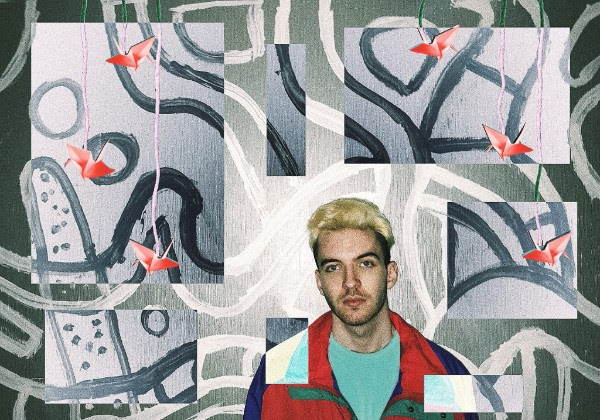 Johnny Jewel has released a surprise LP Themes For Television out now!

CLIENT LIAISON UNVEIL NEW FOR VIDEO FOR ‘THE...