“One of our favourite Western Australian bands.” – Hhhhappy

Starting off as a heart-on-your sleeve ballad, ‘Sad Guy’ eventually puts its foot down on the accelerator a minute in and perfectly highlights the emotive brand of music that has drawn them comparisons with the likes of The Hotelier and The Menzingers, as well as showcasing the unique sense of melody and harmony they share with the likes of pop punk icons Jimmy Eat World. The song instantly commands your attention and definitely caught the ear of triple j, who premiered the single on Good Nights last night.

Speaking about the new single, Mata says, “The song deals with the role I played in a breakup, the subsequent personal growth I underwent and the realisation that the world is a lot bigger than Perth. It all came to me in a cafe in Laos, recovering from a motorbike crash that I felt lucky to walk away from.”

The release of the single has been complemented by a brilliantly simple video directed by Tim Elphick, that features the band members waking to a house razed by a big night of partying. The aftermath hints at the dread and dramatic ending of relationships, the fear of growing old and alone, and the resolve to get up off the floor and move on.

Speaking about their signing to Dew Process / UMA, co-frontman Blitvich says, “We’re beyond stoked to be jumping on board with Dew Process and joining a roster of acts we love and admire, like Tired Lion, Waax and The Beths. We’ve been granted an amazing opportunity and are excited to see where the journey takes us.”

The band is also excited to announce that they’ve signed with Select Music and will be headed out on a national tour this June that will see them play intimate club shows in Perth,Sydney, Melbourne, Brisbane and Adelaide. Tickets for said shows are on sale now. 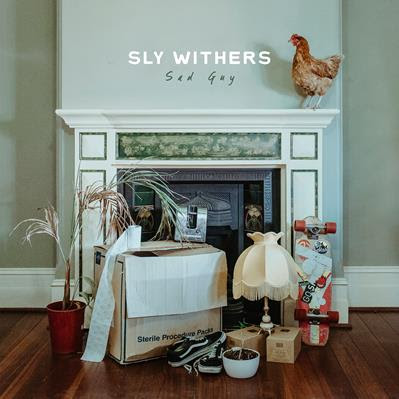 Free Your Mind Festival announces the full lineup for 2019 edition

STEREO TRAVELS THE WORLD DURING ITS 20th ANNIVERSARY