After its first pair of sell-out instalments, Party Beyond returns to Scienceworks like a rocket this November, with all exhibitions open for a late-night, adults-only evening of music, food, drinks and science.

Specially curated in collaboration with Footscray Community Arts Centre and Due West Arts Festival, each performance takes place in Scienceworks’ iconic and joy-inducing spaces, including the Planetarium, Sportworks, Think Ahead and Beyond Perception.

Like Neil Armstrong taking his first step on the moon, Party Beyond is taking shape to be an unmissable experience.

Following the release of her new album Losing, Linda experimental pop and performance artist Sui Zhen will send her ethereal electronic pop floating through the immersive Beyond Perception: Seeing the Unseen exhibition. Built on an examination of human life and technology, her music features dubbed-out synths, unsettling digital waves and surreal pop. It will share strong parallels with this exhibition that explores the imperceptible worlds of science and technology to reveal the invisible fields and forces that surround us. 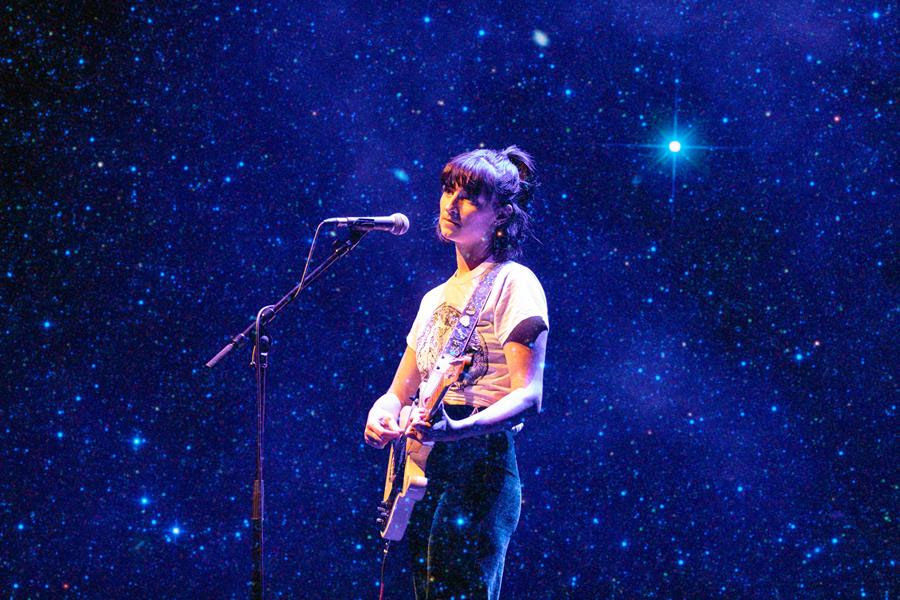 The newly-refurbished Planetarium welcomes BATTS, whose work blends samples collected from space missions courtesy of NASA through her unique blend of folk and rock. She will feature in a series of four intimate sets against the enveloping backdrop of a domed night sky though-out the evening.

Musical tinkerers SHOUSE take over Think Ahead with their weirdo-house incorporating a network of analog synthesisers, sequencers and drum machines, alongside bizarre instruments fashioned in dad’s rural shed.

Outside under the glow of the evening lights, Mike Gurrieri promises a wide and all-encompassing set of new sounds as far flung as the universe itself. Incorporating elements of jazz, soul, disco, hip hop and electronic music from all over the world, Mike’s sets are always precision crafted with musical gems.

Later South African-born, Melbourne-based vocalist Rara Zulu and her band send a cascading serenade across the Scienceworks arena. With a sound heavily influenced by soul, R&B and hip hop, her wholesome rawness and hypnotic voice will have you entranced during witching hour. 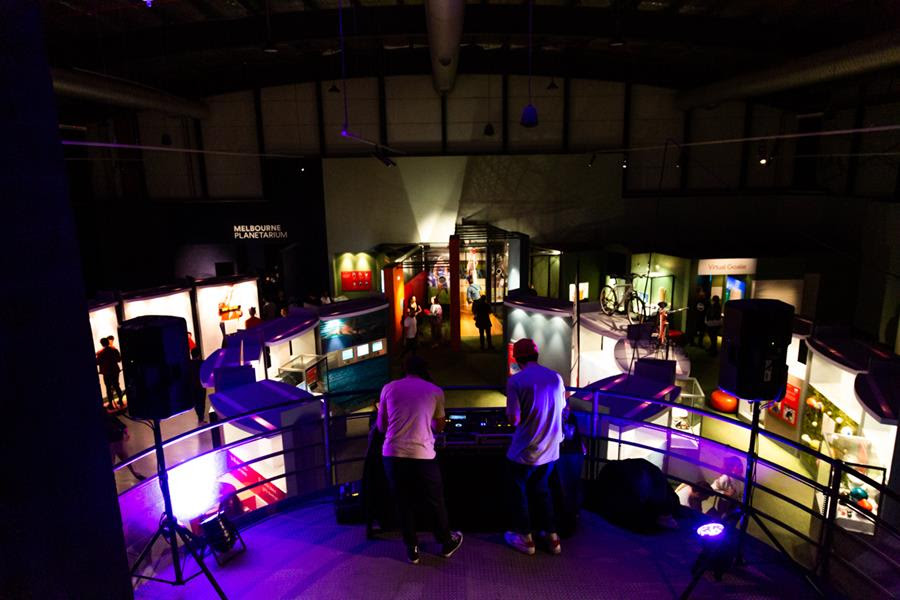 Music and fashion taste-makers MAI stretch minds and dance-muscles inside Sportsworks with their fusion of afro-beats, afro-house, hip hop and dancehall rhythms. Take the sporting challenge as you move your body to their energetic beats.

As long as you want to dance, Nuestro Planeta guarantee a queer and fem energy party full of afro-beat, R&B, future club, dub step, grime, drum and bass and everything in between! Meanwhile DJ Manchild‘s sets are the stuff of legend, his inventive mixing and left-field selections introducing crows to unknown records in a way that has them feeling like they are old favourites.

Scienceworks has announced Party Beyond – an 18+...