EYEDRESS SHARES NEW TWO-SONG SINGLE LISTEN TO “SOMETHING ABOUT YOU” FT. DENT...

INTRODUCING SUPERCHORUS WITH ‘BACK ONLINE’ ANNOUNCES DEBUT EP OUT JUNE 17

Rise Against ‘Nowhere Generation’ Out Now

RAT CITY REVEAL NEW TRACK ‘RATHER BE’ WITH ISAK HEIM OUT ON...

PERRY P IS ON HIS QUIET GRIND WITH NEW SINGLE ‘ON THE...

“The Café Oblivion. A fictional establishment built in a feverish dream. Equal parts heady, bizarre and rousing. Somewhere for Phar Lap and Charles De Gaulle to meet at the end of an hallucinatory day to recount stories of absurd love” – Alex Gow.

Alexander Gow, the Melbournian man behind Oh Mercy, has established the name as an iconic Australian act. Regarded as one of Australia’s most acclaimed singer/songwriters, Gow combines his love for the existential and absurd with a breadth of literary influences along with a perpetual air of romance.

Gow has a string of ARIA Award nominations under his belt for the albums ‘Great Barrier Grief’, ‘Deep Heat’ and an ARIA Award win for his most recent, 2015’s ‘When We Talk About Love’.

His fifth album Café Oblivion, exists at the intersection between Island Records era John Cale and Scotland’s The Waterboys while unabashedly flirting with the 60’s crooner cool of Lee Hazlewood and the cinematic exotica of Latin Playboys.

Says Gow, “Café Oblivion is an exercise in abandoning personal struggle. I’m a grown man now. I’m not out to prove anything to anyone, not even myself. Especially not myself. I’ve made an album that is entirely me. My ideas, my sense of humour, the type of melodies I hear. I’m proud and I’m comfortable. I’m excited”.

Café Oblivion was recorded over the 2016/2017 summer at The Grove studios, produced and mixed by Scott Horscroft. “I don’t remember much else besides watching the cricket and drinking coffee, that’s gotta be a sign of a great recording session.

Gow’s relationship with Horscroft was integral to the ‘Café Oblivion’ sound. After working together on ‘When We Talk About Love’ the pair had an established creative vocabulary that added an extra level of precision to the ‘Café Oblivion’ recordings. “Scott and I have a fantastic working relationship. Most of our decision-making is non-verbal. It’s very exciting. We have fun, we’re relaxed, and we get a hell of a lot of work done.”

‘Café Oblivion’ kicked off with first single ‘National Park’ and has been followed up by the infectious ‘Keep A Light On’, replete with an equally playful video directed by WILK (Sarah Blasko, Olympia). View HERE.  The album unfurls to reveal a wondrous and charming landscape. One unlike Oh Mercy has produced before. As the world gets crazier, Gow just keeps getting better.

“This is the most personal look inside his smooth but sensual world … Gow remains the keeper of The Go-Betweens’ literate, indie-pop flame …”

“This new album shares its lush and orchestral qualities with its predecessor.  The quality of the arrangements is undeniable.”  THE MUSIC

Tickets available from HERE | 1300 GET TIX | All Moshtix Outlets

Tickets available from HERE | 1300 GET TIX | All Moshtix Outlets 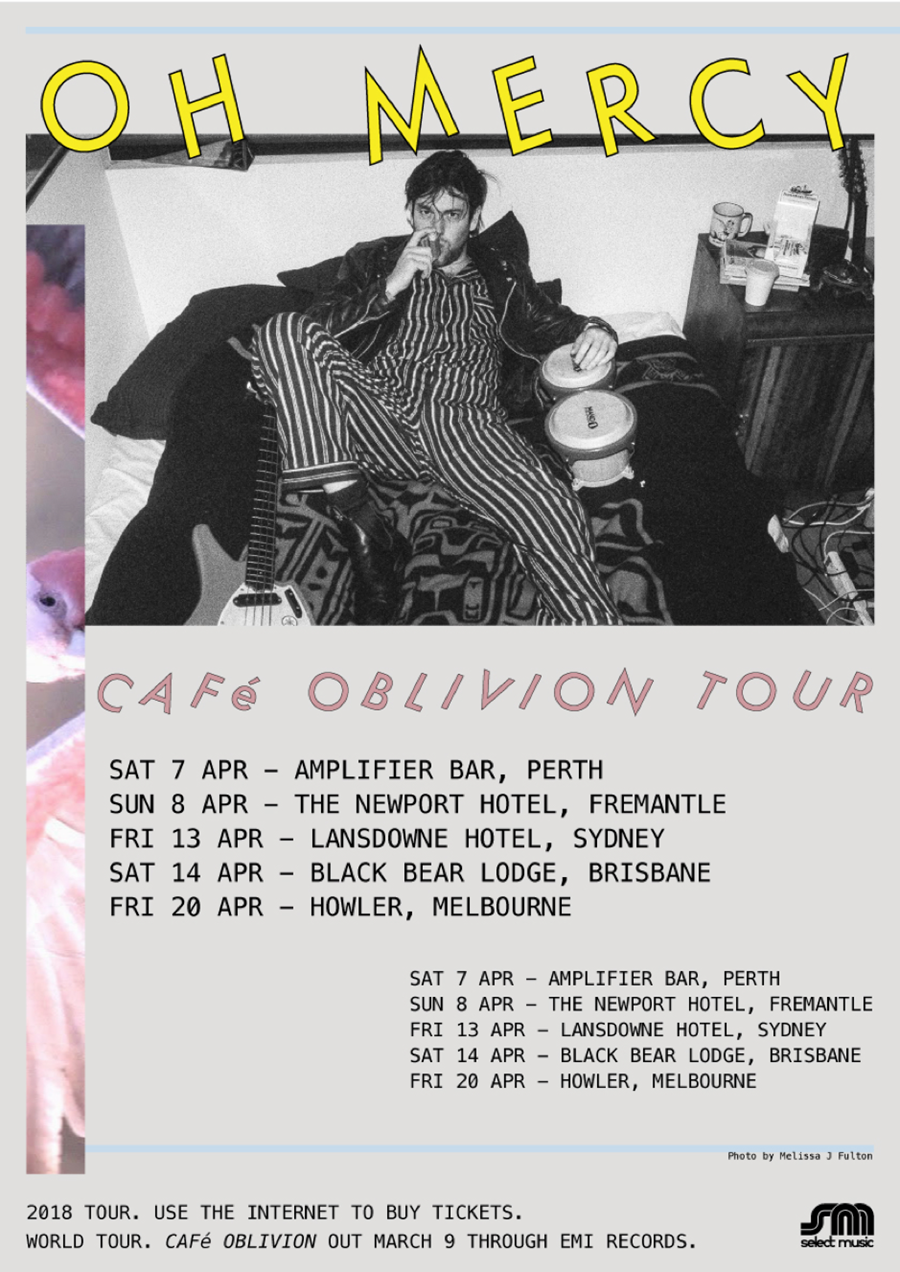 DOM DOLLA IS BACK WITH ‘PUMP THE BRAKES’...

NEVERSEA REVEALS FULL LINE UP AND TIMETABLE FOR...