Debut Album ‘To A Stranger’ to be released in UK & Europe on February 8, 2019 with accompany tour dates

‘A Place That I Don’t Know’ is the latest instalment from the gifted young artist, following singles ‘Watch Me Read You’, ‘Take It To TheHeart’, ‘Collide’ and ‘Lights Out’ from critically acclaimed debut album ‘To A Stranger’. The standout track is a further display of Odette’s syncopated, soulful delivery that is harmonised beautifully by Gretta’s dulcet vocal.

On the track, Odette says “‘A Place That I Don’t Know’ is  about being hurt and feeling isolated from your own home. I wrote this for me and Gretta to duet because her tone truly conveys the emotion I was trying to reach in this song. It’s about yearning for a love that’s let you down and trying to rebuild from something you didn’t even destroy.”

Gretta Ray is thrilled to be a part of the song, saying, “I am honoured to have been given the opportunity to sing on an Odette song, after falling head over heels in love with her debut record ‘To A Stranger’. ‘A Place That I Don’t Know’ is yet another song of hers that completely consumed me at first listen… the way that she conveys the emotions evoked by the song’s narrative through what is such a powerful yet equally vulnerable vocal tone gave me full body shivers, and I am just so thankful to have been involved in the making of such an exquisite, special track.” 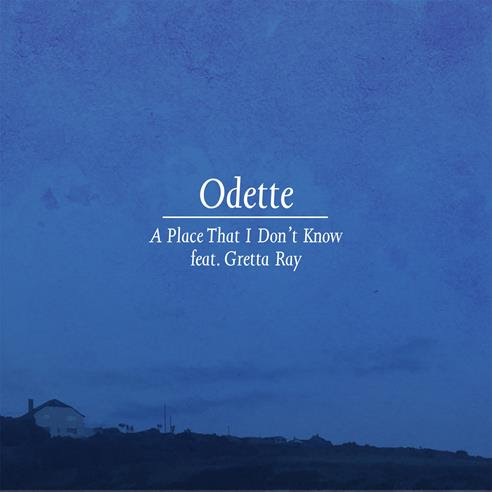 2018 has been an exciting year for Odette, her album To A Stranger securing a No.13 ARIA Albums Chart debut and amassing over 17 million streams. She sold out her first ever headline tour of Australia, received two ARIA Award nominations including ‘Breakthrough Artist’ and secured an Album of The Week nod from triple j, whilst debut single ‘Watch Me Read You’ landed at #56 on triple j’s 2017 Hottest 100 back in January.

2019 looks set to follow this trajectory, as ‘To A Stranger’ is released in the UK and Europe on February 8, supported by Odette’s first UK and European headline tour. She will play Dublin, London, Amsterdam, Paris, Cologne, Berlin and Hamburg before heading to SXSW for a showcase performance and returning to Australia at the end of March for her headline Lotus Eaters Tour. Tickets are already in high demand with her Corner Hotel show in Melbourne on Friday March 29 totally sold out. A second show is now on sale for Thursday March 28.

‘To A Stranger’ – produced by Damian Taylor, whose credits include Björk, Arcade Fire, The Killers and The Temper Trap – is an inherently personal record; it’s Odette’s study of herself, capturing every fear and hope she had in her final teenage years before adulthood took hold. Its songs map every scar and heartbreak enacted during what she describes as “the hardest years of my life so far”, and she’s immensely proud of being able to use music to write her way out of that time.

All ticketing information at www.odettesodyssey.com