On August 4, 2017 NAOMI PUNK will release a new Double LP on Captured Tracks. It is called Yellow. The self-referential musical language of The Feeling (2012) was wrung out into the starker live-informed Television Man (2014); On Yellow this language becomes a means not an end. The Olympia, WA band incorporates a bricolage of windy field recordings, emulsive synthetic woodwinds, and bizarre live sounds into their patented punk sound; grinding, wobbling, orbital, thrashing, to a new thesis on the meaning of sounds. Punk music can be a strange, imaginative carnival of moods, a soundscape to teleport, to pass out radical ideas, not an aesthetic stylesheet, according to this band.

When Television Man came out, Rolling Stone wrote that they “don’t just play their instruments; they pummel and maul songs out of them.” In these two new singles, Naomi Punk shows a fascinating sort of artistic progression from their Television Man era that evolved in mode of immersion in the network of totally feral punk scenes extending across North America.  These new tracks offer a roadmap to where Naomi Punk is taking us. They show off the band’s boldness, both in the experimental swagger of their production, and also in the ideas encoded in them. And they’re fun and strange to listen to.

The single “Tiger Pipe” demands the user, “Destroy All Money”; the drums are muted, and we hear trio-leader Travis Coster believing in the power of sounds to take you into the stars, above Earth and its problems, “Out on a wire.” This is a kind of new age – pop – Royal Trux impression that is truly weird and sounds like no other single we’ve heard lately.

“Chains” brings us back to the band’s origin habitat of raw heavy punk  that isn’t distorted like metal or punk really, but just feels like death. Androgynous deadpan vocals roll over a heavy low tempo punk grind: “Ecology … doesn’t follow your system … so I’m chasin … chasin my dreams.” 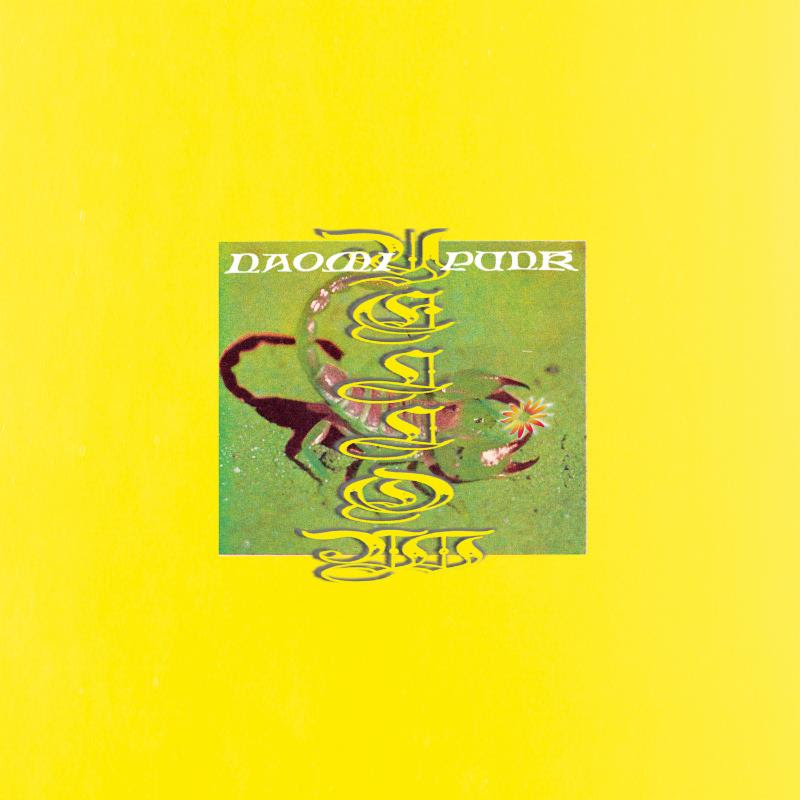 Volatile, discordant brilliance” NME on Television Man
Naomi Punk is about as ‘punk’ as Nirvana, which is to say, pretty fucking punk.” KEXP
Naomi Punk is singer/guitarist Travis Coster, guitarist Neil Gregerson, and drummer Nic Luempert. Yellow contains 25 tracks clocking in at almost 75 minutes. The album was recorded by the band beginning in 2015 at various locales throughout Olympia.
Naomi Punk got their start in 2012 with the release of their debut The Feeling.  Like many bands it’s evident who they look towards as influences (Wipers, Dead Moon) yet like so few, they are able to create a sound that is singular to Naomi Punk.  Spin Magazine has noted, “Where grunge famously took a thudding, enraged heaviness and gave it a palatable edge, Naomi Punk takes those shards and makes them glisten with a minimalist edge, maximalist sound.”
Naomi Punk seamlessly transfer what they create in the studio to the stage putting on intense, dynamic shows that tend to require the use of earplugs — they mean to be loud, and they are.   The band will be touring in support Yellow with dates to be announced soon. 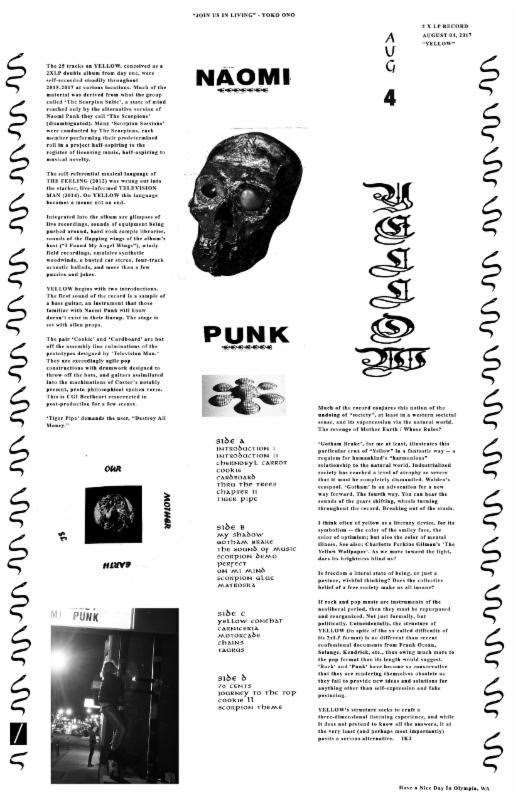 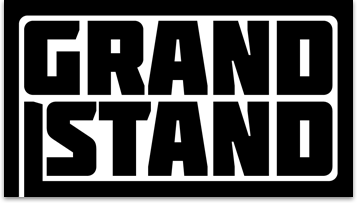 STMPD RCRDS Festival is coming to a device...

BLACK SAINT ‘NEVER DID THIS BEFORE’