Naomi Punk today have premiered two new singles, ‘Cookie’ and ‘Cardboard,’ via Talkhouse. The tracks are taken from the band’s forthcoming record, the double LP Yellow, out Friday 4th Augustvia Captured Tracks / Remote Control Records.  Earlier this month the band’s Travis Coster got on the phone with his friend Andrew Savage (Parquet Courts) and discussed the state of music in 2017, the evolution of each band’s sounds, and of course the making of Yellow.  You can read their joint interview, and hear the two new tracks, here via Talkhouse.

Naomi Punk previously released two other singles from the album, ‘Tiger Pipe‘ and ‘Chains,’ which MXDWN called “a dirge-y, slow-burning new song”. On Yellow, the band incorporate a bricolage of windy field recordings, emulsive synthetic woodwinds, and bizarre live sounds into their patented punk sound; grinding, wobbling, orbital, thrashing, to a new thesis on the meaning of sounds. Punk music can be a strange, imaginative carnival of moods, a soundscape to teleport, to pass out radical ideas, not an aesthetic stylesheet, according to this band.

Naomi Punk is singer/guitarist Travis Coster, guitarist Neil Gregerson, and drummer Nic Luempert. Yellow contains 25 tracks clocking in at almost 75 minutes. The album was recorded by the band beginning in 2015 at various locales throughout Olympia.

Naomi Punk got their start in 2012 with the release of their debut The Feeling. Like many bands it’s evident who they look towards as influences (Wipers, Dead Moon) yet like so few, they are able to create a sound that is singular to Naomi Punk. They seamlessly transfer what they create in the studio to the stage putting on intense, dynamic shows that tend to require the use of earplugs — they mean to be loud, and they are. 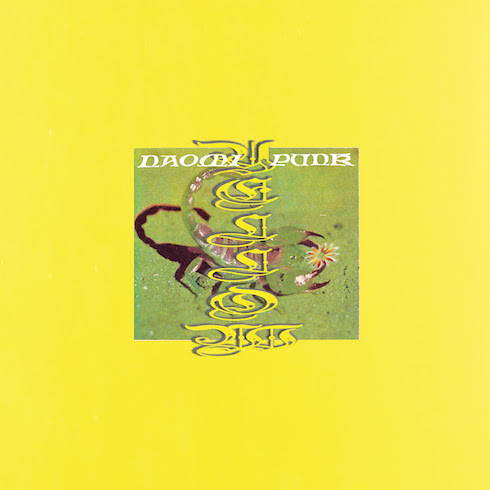 PARTY BEYOND RETURNS TO SCIENCEWORKS ON APRIL 27...