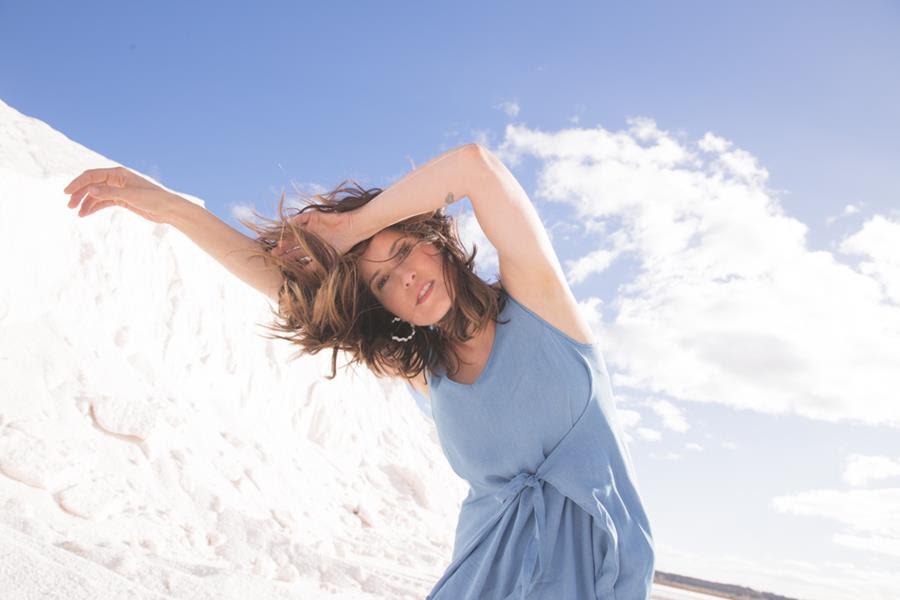 “To me, songs can be “special ones” for lots of reasons. Usually, they’re the ones that get the biggest reaction at gigs, the ones that most connect with people, the ones that seem to have touched on some universal truth. They’re the hooky ones you can sing out loud in the shower while no one’s watching and imagine you’re in a stadium. But some are special for other reasons. They’re the ones that unexpectedly squeeze at your heart. They move you in a way you find hard to articulate, they roll to the rhythm of some internal beat you knew was there but couldn’t quite express. This album tries to balance these two types of Special. I hope you enjoy it and, while listening, I hope you’re taken back to some special place in your memory you’d forgotten about. Musical time travel. And for the new songs on here you haven’t heard, maybe you can make some new memories. Special Ones, particular to just you. Happy listening! Missy xx”

Missy Higgins has today announced The Special Ones – Best Of, a collection that features 4 previously unreleased tracks plus 16 handpicked songs including material from her multi-platinum albums ‘The Sound Of White’, ‘On A Clear Night’, ‘The Ol’ Razzle Dazzle’, ‘Oz’, and this year’s ‘Solastalgia’.

The album bookends Missy’s creative journey. It opens with a new song called ‘Arrows’, written originally for her wedding and recorded less than 3 days before Missy gave birth to her new baby daughter.

Discussing ‘Arrows’, Missy explains,“The lower register of my voice actually changes a bit when I’m pregnant, I guess it’s the hormones or something but, anyway, I wanted to take advantage of those temporary extra notes to record this song. We only just made it. A couple of days later and it would’ve had to be a duet with our little girl!”

The next track on The Special Ones rewinds to the very start of Missy’s journey. It’s the previously unreleased solo recording of ‘All For Believing’ that her sister submitted successfully to the Triple J Unearthed demo competition way back in 2001. The song was written when Missy was just 15 years old but even at that early stage her signature character is undeniable – those yearning melodies woven together with that earnest and distinctively Australian vocal. The recording – and some candid film footage taken at the time – were only rediscovered a few months ago and this is the first time they have been heard or seen in public.

From that point forward the album threads together a slew of Missy classics including her #1 singles ‘Scar’ and ‘Steer’, radio favourites ‘Futon Couch’, ‘Ten Days’, and ‘Unashamed Desire’ plus epic ballads like ‘Everyone’s Waiting’, ‘The Special Two’ and her Gold U.S. single ‘Where I Stood’. It’s a primer to one of Australian music’s strongest modern catalogues; a body of work that has generated over a million album sales in this country alone while yielding 23 ARIA Award nominations and 9 wins.

Nestled alongside these hits are a few great songs that might have slipped past all but hardcore fans such as an aching refugee benefit single, ‘Oh Canada’ and the searing standalone ‘Torchlight’ that Missy wrote for the end credits of the acclaimed Aussie film, Don’t Tell. Two covers from her unique book/album project ‘Oz’ are then joined by another reworking – a previously unreleased live version of the classic ‘Throw Your Arms Around Me’ captured in front of over 80,000 people on the Ed Sheeran stadium tour last February.

“Those gigs were among the biggest highlights of my career,” says Missy.“I’d never played to that many people at once – it was a real adrenalin rush. The crowds were amazing so given that this album is supposed to represent all the special stuff from across the years I wanted to include something that represented that special tour.”

‘Best Of’ albums like this might seem a bit redundant in the streaming era where fans can create their own compilations at will. However, with each passing year new people are discovering a Missy Higgins song for the very first time while others are reconnecting with her work after a long break. Meanwhile a slew of young female singer/songwriters are citing her as a formative influence, introducing her music to another generation of younger fans. This album is a tailor-made entry point for all those people who want to hear more – whatever the reasons. For hardcore fans it will hopefully be a reminder of why they formed such a deep connection with Missy in the first place with a few new surprises in there for them as well.

Next January/February Missy will hit the road with fellow traveller John Butler for a dozen shows around most of Australia including iconic venues like Perth’s King’s Park, Melbourne’s Sidney Myer Music Bowl and the Sydney Opera House Forecourt (see full dates below). The fact that she will be commanding crowds of 5,000-10,000 people nearly 15 years after her massive breakthrough album The Sound Of White is testament to the quality music Missy Higgins has created consistently both live and in the studio across all those years. One listen to these 20 songs is therefore a timely reminder that Missy Higgins is … special.

THE SPECIAL ONES – BEST OF TRACKLISTING

All For Believing (original demo)

Set Me On Fire

Sat 9 Feb – A Day On The Green | All Saints Estate | Rutherglen, VIC (also with Dan Sultan)

(All Shows All Ages)

Greta Van Fleet ‘Anthem Of The Peaceful Army’ – OUT NOW…… Tickets on sale for Australian Tour!

POWELL TILLMANS announce new EP Spoken By The Other

Out Now!! Nabihah Iqbal Weighing Of The Heart

Japanese Breakfast releases “The Body Is A Blade”...