New Zealand’s Mermaidens have announced their third full length album, Look Me In The Eye, to be released September 6th on Flying Nun Records. They’ve revealed the first track from the album today; ‘I Might Disappear’, complete with a music video shot in part by the band.

‘I Might Disappear‘ touches on a fear familiar to many – the decision to disclose your deepest thoughts and worries to someone you’re becoming increasingly close to, and what might come of that. Guitarist Gussie Larkin says of the song, “Being close to someone can bring you to share all the weird thoughts and anxieties that wouldn’t usually leave the inside of your mind. I Might Disappear is a song about the mess of feelings I have when I make myself vulnerable to another person, and the dread that this will push them away.”

Soft yet pulsing, and in parts discordant, combined with delicate yet direct female harmonies – “we were lucky to have a group of amazing women (including my mum!) sing together on this track in one section” – the music sonically interprets both the hesitancy and intimacy of the subject matter, both fearful and strong.

The accompanying video for ‘I Might Disappear’ was filmed during the band’s recent UK/EU tour. The footage was filmed by Ezra Simons and edited down by Mermaidens’ own Gussie Larkin.

Look Me In The Eye is the incarnation of a fresh direction for Mermaidens. Laced with themes of power and control, their evolved sound is confronting, lyrically introspective and fervent at every level. Recorded with long-time collaborator, audio engineer James Goldsmith at Blue Barn Recording Studio, the album sees Mermaidens pushing new boundaries in a body of work that is as severe and progressive as it is vibrant and exhilarating. At the heart of the record lies the thematic exploration of female voices, as co-lead vocalists Gussie Larkin (guitar) and Lily West (bass), with dynamic support from Abe Hollingsworth (drums) expose embedded motifs of exterior masks, human relationships and power dynamics.

As if this wasn’t enough, Mermaidens have worked with kiwi musician and aspiring pedal builder Emerald Rose to create a limited edition guitar effects pedal, aptly titled ‘Moon Cycle‘. The ‘Moon Cycle’ pedal was created to echo the overall tones of Look Me In The Eye – from the lulls of the ocean floor to madly vibrating flange and woozy chorus effects, all feeding a sense of unease and otherworldliness. Pre-order the limited edition gatefold pressing of Look Me in The Eye (with dreamy blue vinyl) through Bandcamp and go in the draw to win the custom effects pedal HERE! 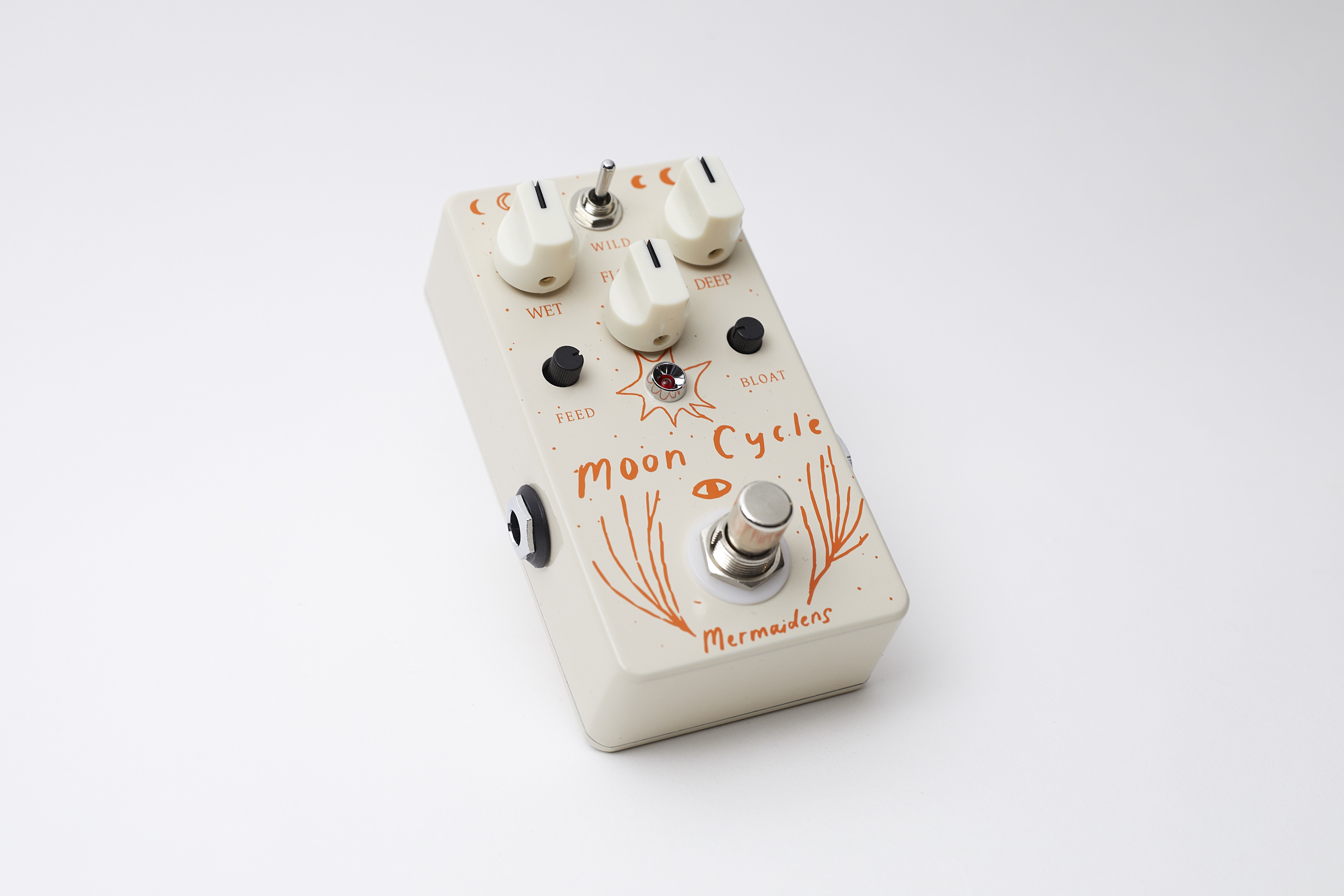 City Calm Down Announce New Single ‘In This...

MOURN New album Self Worth is out now!

Awakenings returns to ADE with seven editions in...