To celebrate they have shared their new video for ‘All The Colours Gone’ via Clash Magazine. Etta from the band explains the clip ‘Gianna Mazzeo brings our vision alive to impart mind control over the people of the world to love our band and buy our merch.’

With Keep Up, they have inked their impeccable ear for a hook on a fresh sonic palate; the howling guitars of their first EP Saturn Returns peeled back to foreground the striking to and fro of the band’s distinctive vocalists.  That’s three for three – Etta Curry (drums, vocals), Luc Dawson (bass, vocals, guitar, keys), and Nellie Jackson (guitar, vocals) – long time friends with a democratic approach to both songwriting and influences. Raised on the holy trinity of soul, country and Eddy Current, their debut LP is a living reminder that the B-52’s used to be a punk band and the light hasn’t gone out on the storied shores of St Kilda.

Recorded at Head Gap studios in Preston alongside Finn Keane, mixed by Anna Laverty and mastered by Mikey Young, Keep Up sees Loose Tooth open its doors to more textural hues without skimping on the pulp. Teaming garage rock thrills with sublime harmonies caught in the crossfire, Loose Tooth’s Keep Up is a self-assured addition to the Melbourne punk canon that could only result from the band’s unique chemistry; raw lived-in pop courtesy of countless nights shared at the precipice of a barstool. 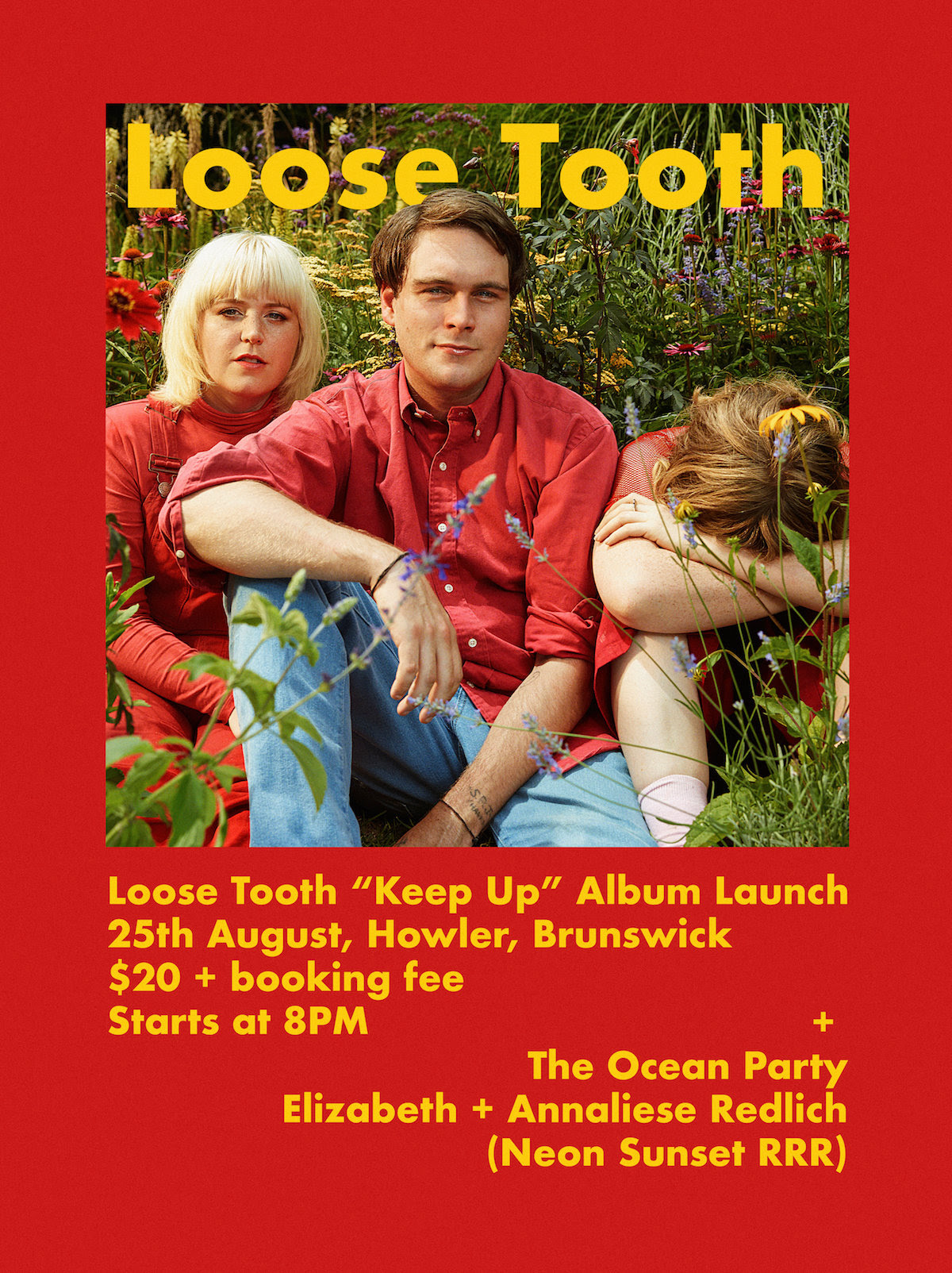 Loose Tooth – Keep Up is out now via Milk! Records / Remote Control Records.