KURT VILE new album Bottle It In out now!

New album Bottle It In out today! Touring Australia April 2019

Praise For Kurt Vile – Bottle It In

“Bottle It In is an elaborate and intimate piece of music, written and sung by a distinctive talent. It sounds as if Vile had literally bottled in his feelings to unload them onto the record. We know Kurt Vile a little better now.” – The AU Review

“…it’s a thrill to join him everywhere he goes.” – The Line Of Best Fit

“Kurt Vile is ever the buzzed, backseat philosopher on his third record.” – Independent ★★★★ 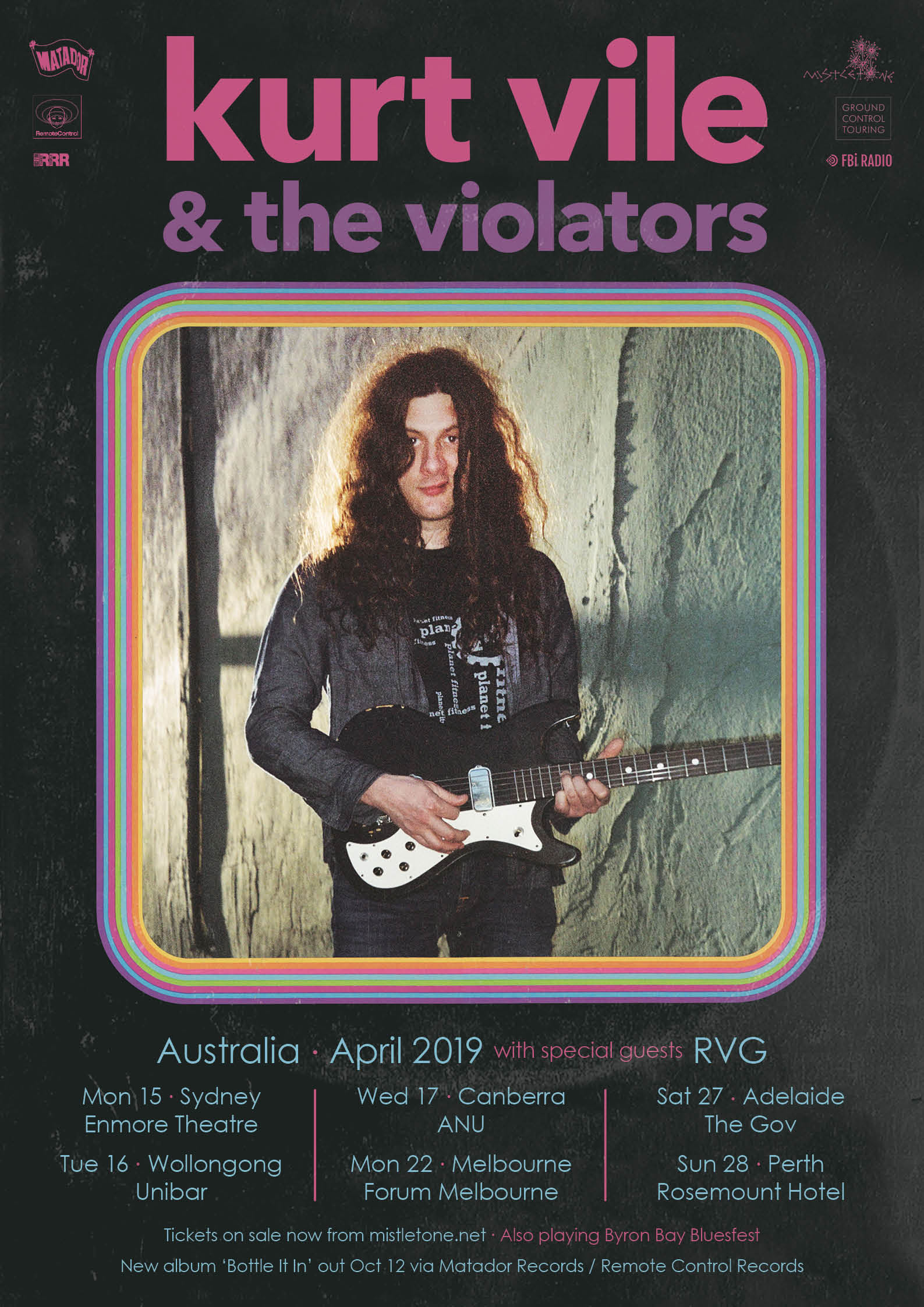