Brisbane punk rock powerhouse Being Jane Lane are thrilled to announce the ‘Be Okay’ tour. The ladies will pack up their riffs and jump in the van this March/April, hitting stops along the East Coast of Australia to remind us it will all be okay.

Being Jane Lane may only have one EP out in the wild, but they’ve fast become a force in the sunshine state. The 2019 Queensland Music Award nominees were last seen shredding at Laneway Festival in Brisbane on the Girls Rock! Stage, a set Music Feeds deemed a ‘standout’.

Last year they worked hard and earned themselves a spot on the VB Hard Yards tour with Alex Lahey, WAAX, RAAVE TAPES and Tired Lion, and they’ve been spotted at the Dead of Winter festival, Wallapolooza as well as supporting Frenzal Rhomb and Unwritten Law. They are also the proud winners of the 2017 Gold Coast Music People’s Choice Award .

While we patiently wait for their debut album, Being Jane Lane are taking to the Big Day Gay stage again on March 10th, before enthusiastically embarking on the Be Ok tour.

As Wall of Sound said, “If you haven’t jumped on the bandwagon yet, it might just be time”. You heard ‘em. 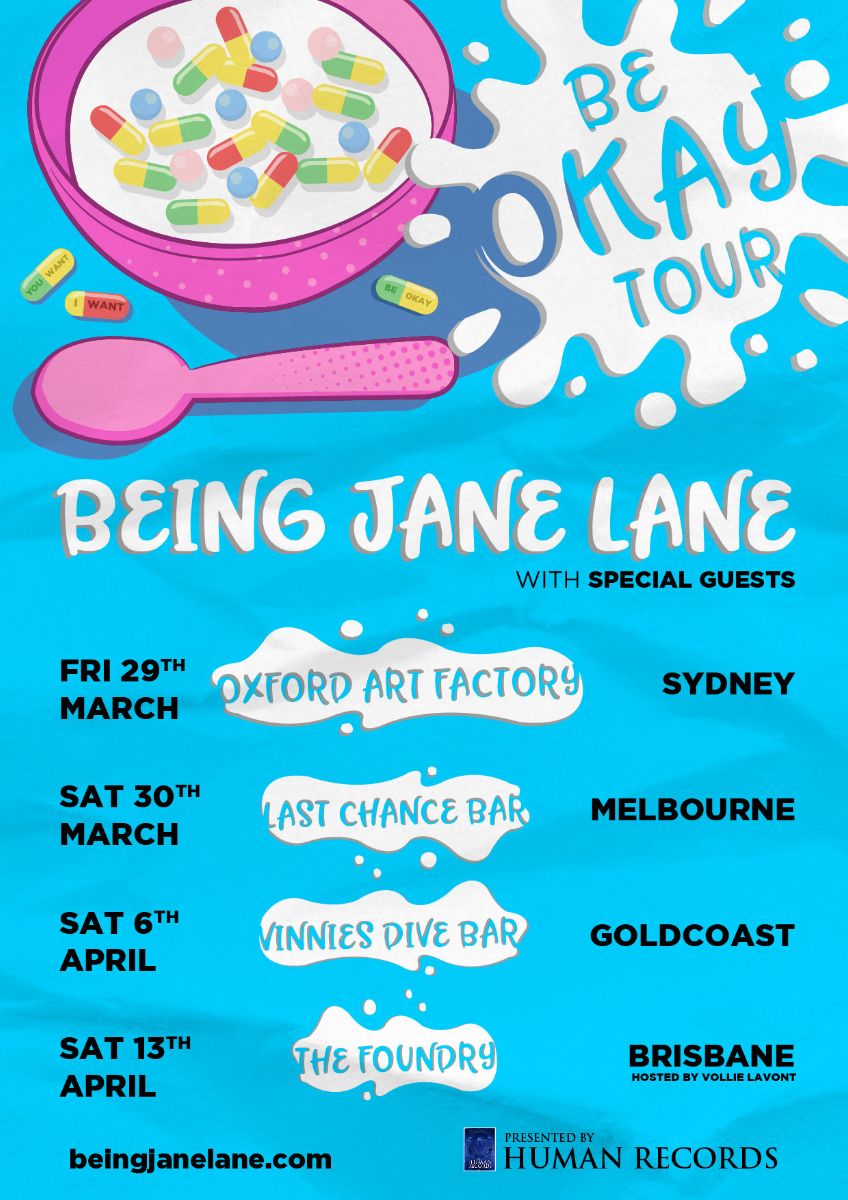