James Bennett, 25 year old Novacastrian Singer/Songwriter has triumphantly returned from the USA with his new full length record a Run With The Hunted, set for release on July 28. The first single lifted from “Run With The Hunted” is the track “Fake Feathers”. “Fake Feathers”  is a song written in a stream of consciousness, a style made famous by Bob Dylan’s “Subterean Homesick Blues”, a rich tradition more recently heralded by whimsical ranter Courtney Barnett. The song is a frenetic, frisky collection of thoughts and images flowing in imaginative lyrics and spirited along by a musical accompaniment that’s care free and mighty. James recalls the creative process – “Fake Feathers is one a couple of tracks on my new record that have a wild machine gun pace narrative, it’s cool story telling“. James continued “With Fake Feathers I wanted something theatrical. I had a multitude of ideas in my head all demanding attention so I just decided to go with the all encompassing rollick that was traveling through my mind and that’s Fake Feathers a track pulled along by an unravelling chaotic fantasy“.

The forthcoming record Run With The Hunted is a blend of 70’s revivalist rock and folk music. James work has faith in common sense and humanity, at a time when the world can seem swollen with false acclaim. On his recent trip to the States James collaborated with some of LA’s most accomplished young and sort after studio “guns”. James and his assembled musicians were ably assisted by the musical innovation and technical expertise of one of LA’s most talented producers Scott Campbell. Scott is a long time partner/musical collaborator of Producer Glenn Ballard and has a range of credits from the likes of Katy Perry to Alanis Morresette and Stevie Nicks. Check out some visions from the USA recording sessions below. 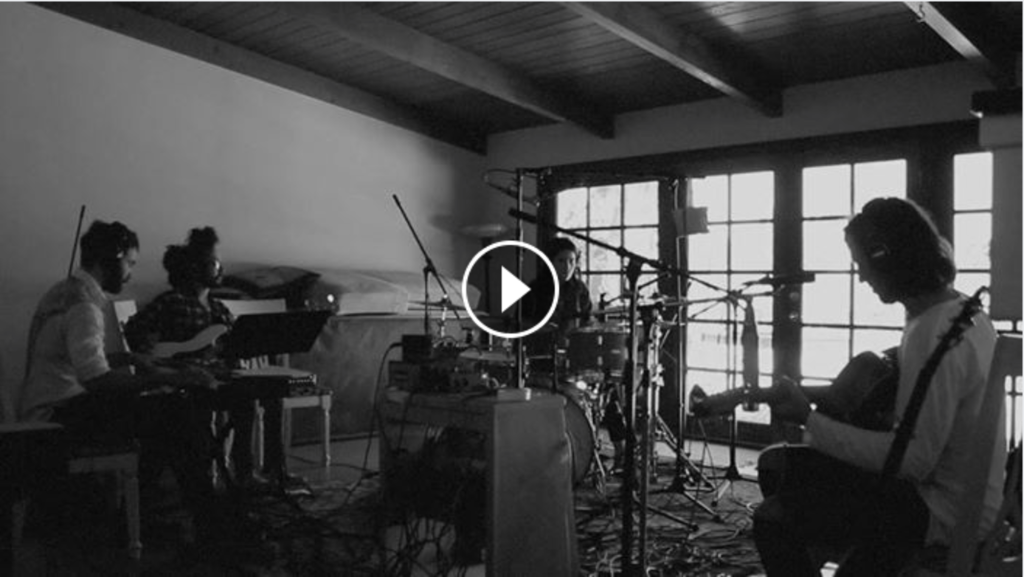 Born in Byron Bay, James Bennett moved deep into the remote mountainous wilderness of the NSW hinterland at only six months old. His family set up a makeshift camp 80kms outside the nearest town of Lismore. In the isolated backwater, Bennett lived a solitary existence off the grid with virtually no contact with civilization for the next decade.

He eventually moved to Port Macquarie and is now based in Newcastle. Touring relentlessly, he has developed a legion of fans who are enamored with his naturally gifted voice, self taught guitar, and mesmerizing lyrics.

The next 6 months are set to be huge for James Bennett with the pending album release and a national tour in the works. Stay tuned for more details.

STU LARSEN RELEASES CHICAGO SONG WITH AN ALBUM TO FOLLOW