The new track marks Pabllo’s first ever track in English and the first tune that will go straight to club dance floors. Accompanying the single’s release is the vibrant official video, directed by Tragik who has become known for their work with womxn, the queer community and POC. The video pays homage to 90’s culture as well as the underground ball scene and features lithe banjee dancers sporting track suits while they vogue around Pabllo and Charli, who are decked in hyper-color prints and patterns.

The news follows a subsequent sold-out international tour, 7 PRIDE parades across North America, and a performance at the United Nations Headquarters in New York in honour of Queen Elizabeth’s birthday.  The track is an uplifting celebration steeped in queer identity and the second collaboration between the two fast-rising international superstars, the first being Charli’s 2017 hit, ‘I Got It‘ feat. Pabllo Vittar, Brooke Candy, and CupcakKe. Charli recently announced that Pabllo will also appear on her upcoming song ‘Shake it‘ from her forthcoming third album this Fall.

While Pabllo has aligned herself with acts like Major Lazer and Sofi Tukker, the Brazilian pop star has garnered a massive following of her own with more than 478M streams on Spotify, over 1B YouTube views and multiple Latin Grammy and EMA (Europe Music Awards) nominations under her belt, proving that Pabllo has already carved out her own lane in the industry while continuing to push boundaries with her unique aesthetic and no holds barred attitude in genre, fashion, and politics. Stay tuned for more news to follow and check out the release below.

‘Flash Pose‘ is out now, buy/stream it here. 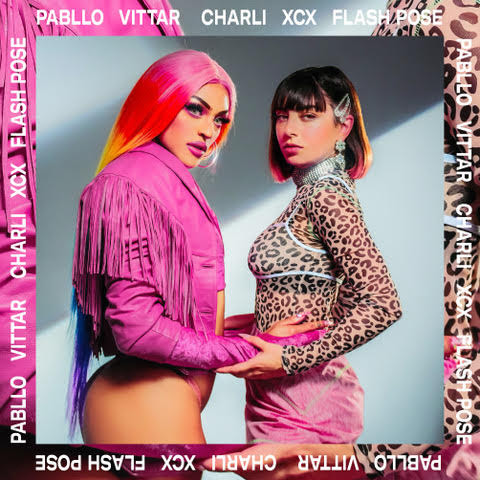