“The Canadian experimental noise crew returns with another of their trademark sharp, cheeky music videos, to help call us out on our own bullshit.” Noisey

“[Holy Fuck] orchestrated an artful sound of electronic-rock, one that bristles with celestial noise and is laid out to feature a gauntlet of side entrances to jogging grooves.” AV Club on Congrats

oronto based noise-band Holy Fuck are releasing their four-song EP Bird Brains next Friday July 21 on LA’s Innovative Leisure via Inertia Music, their first since 2016’s much lauded LP Congrats. Bird Brains was recorded live at various studios over the past few years. The EP represents the ongoing creative process of a band whose members live in different cities (in both Canada and the US) yet insist their music should be a collaborative process. These four songs aim to capture the raw energy of four people, not apart as bedroom producers, but together as a spirited exchange of ideas, a dynamic interaction that comes from years of friendship. While Bird Brains was largely self-produced, a few very talented Engineers/Producers aided greatly in that process, including Shawn Everett (John Legend, Warpaint, Alabama Shakes), who recorded the song “Chains” at The Banff Centre for the Arts, and David Wrench (Caribou, FKA Twigs, The xx) who mixed the song “New Dang“.

Accompanying the EP is the visual piece for the title track an incredibly charismatic bird hosts a party wilder than anything you’ll see all year. Director Allison Johnston wanted “to explore the idea of mass hysteria, and how easily a group will follow the most confident person in the room. The party in the video is what I grew up believing they always were before I had ever been to one. I wanted every party to be Nelly’s ‘Hot in Herre‘.” 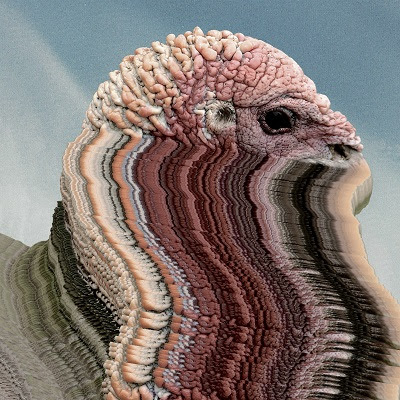 Luke Rathborne signs to Ribbon Music, shares new songs ‘Don’t Call Me Baby’ & ‘I Wish I Was A Bird’

VANCE JOY returns with new single ‘Lay It On Me’, accompanied by official video + announces headline shows for Melb & Syd this Nov

Marilyn Manson Returns With New Album ‘WE ARE...