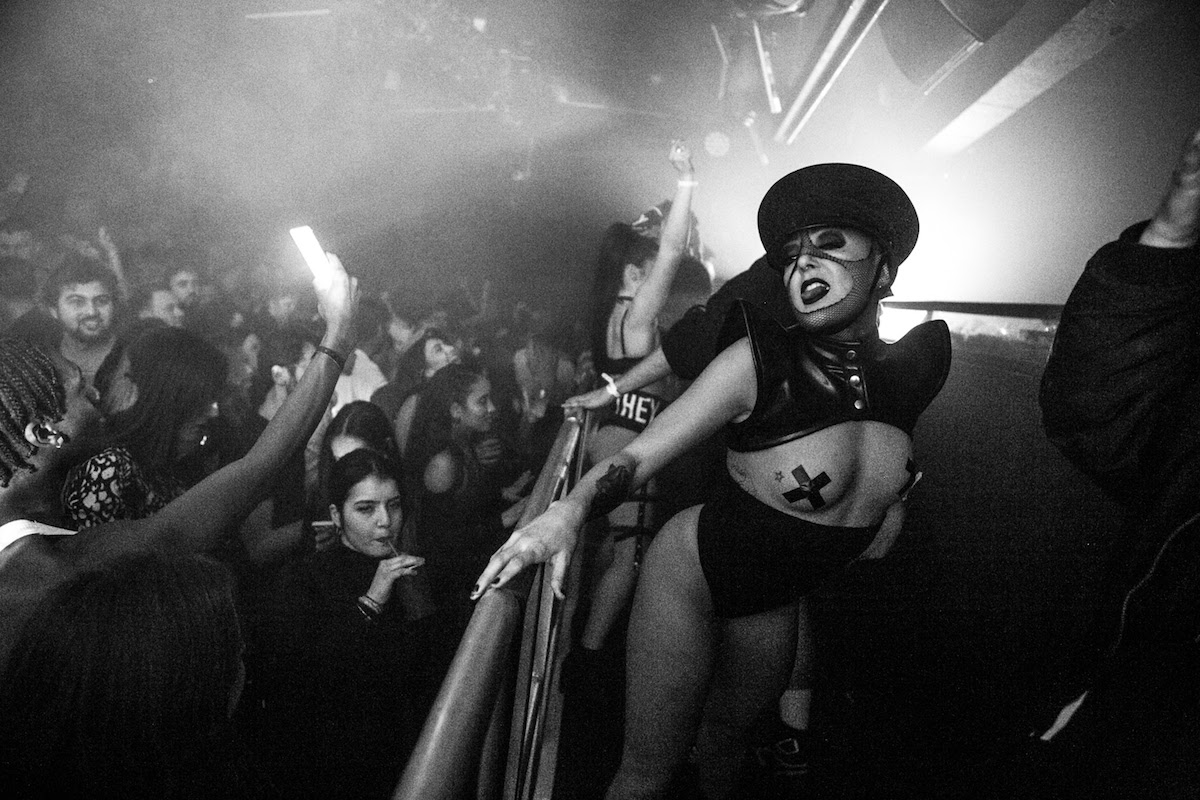 After making such a vibrant impact during London Fashion Week, with its launch at London’s Legendary, Ministry of Sound, the free-thinking, boundary pushing party, He.She.They can now announce it is to make its Ibiza debut at Pacha.

He.She.They launched earlier in the year with a fresh thinking and clear directive to create a creative clubbing sanctuary; Digging deep into the wells of club lands past those attending should expect a place without prejudice; irrespective of age, race,  sex,  gender,  ability,  religion,  background  or sexual  preference.

Open minds are both required and rewarded…

From the weird and wonderful, to the flamboyant and fetishists, the event collective has an ideology deeply rooted in classic dance music culture. This May, wearing its own identity fully on its sleeve, it is warmly welcomed to Ibiza’s most iconic club and oldest nightspot.

He.She.They at Pacha is set to be a raucous party that breaks down barriers, a subculture soiree where experimentation is encouraged with inclusion and diversity at its core.

The event has one simple rule; be accepting, respectful and kind to others. In their own words:

“Can you remember when dance music culture was all about breaking down barriers rather than building them? We want to create a place without prejudice; where people can be people… expressing their utmost individuality and creativity of their own characters, no matter what their age, race, background or sexual preference may be. It’s as simple as He.She.They.”

Aside of the line-up, He.She.They promises to be a true spectacle, an embodiment of confidence in  high-production values, combined with the expression of sensational dancers and performance artists.

Prepare to see Pacha as you have never seen it before.

First on the A-Z lineup, George Fitzgerald will play following a whirl-wind 18 months and releasing his critically acclaimed debut album, “All That Must Be”.  Next up, Jackathon-originator, Heidi, who will perform a back-to-back set with New-York’s finest DJ and Producer, Kim Ann Foxman. Both having youthful roots in music and equally unwavering passion, unfazed by trends, this set promises to embody the boundary-defying attitude synonymous with He.She.They.

Also hailing from America, Chicago-born and New-York-based extraordinaire, Miss Honey Dijon. Honey combines bumping Chicago and Detroit house music, with techno and other classic New-York and European influences, to create a truly unique sound. She’s sure to bring diversity in selection and mixing-style to the Pacha dancefloor.

Elsewhere, He.She.They residents, Maze & Masters join the highly expressive, London-based DJ/Producer and multi-faceted creative Wax Wings, to complete a truly diverse line up. He.She.They is shaping up to transform the Ibiza institution, into a hot-bed of raw opulence and mix of unique characters of all genders and sexualities.

Watch the after-movie from their London parties here.

Introducing Cornelia Murr — Debut Album “Lake Tear of the Clouds,” Produced by Jim James of My Morning Jacket, Out 7/13

HOP ALONG debut video for ‘Somewhere A Judge’

Kasbo releases visual for “Bleed It Out” featuring...

Sasha brings ‘REFRACTED:LIVE’ to The Roundhouse London and...