The Gooch Palms are well and truly back. After taking some well deserved down time following extensive touring across the globe and a few years spent in Los Angeles after the release of their second album,Introverted Extroverts, The Goochies have since burst out of the gates with three new tunes. Smash hitBusy Bleeding dominated the airwaves since it’s release earlier this year, followed shortly after by an “out of this world” ode to the super natural; Marfa Lights. And now, what will surely be the feel good hit of the summer, the aptly named Summertime.
“Miles away we’ll be today… Oooooh yeah, you’re stretched out on a beach towel spread upon the white sands of Palombaggia Beach, in the South of France. You sip a Mauresque cocktail while watching the azure waves gently lap the shore. A bead of sweat drips from your temple down your cheek as the warm sun shines down. You hop up, walk to the waters edge, and slowly walk into the shallow water. It’s the perfect temperature for a hot summers day. As the water rises to your knees you plunge yourself into the crystal clear water and glide, weightless below the waves. Or maybe your just listening to THE feel good hit of this summer “Summertime” by The Gooch Palms!”  Kat & Leroy from The Gooch Palms
Watch Kat and Leroy showcase a new Goochies dance move in the new Summertime video as premiered on Life Without Andy. The music video sees them dancing around various locations in Melbourne.
https://www.youtube.com/watch?v=oIGrpUQmyiM&feature=youtu.be
All three corkers come via the duo’s fresh signing with Ratbag Records with album number three just around the corner.

It’s been a wild ride for The Gooch Palms, starting out as a DIY garage punk band in their front bedroom in Newcastle to honing their skills on stages across the globe they have seen and done a hell of a lot. Three EPs, two albums and hundreds of shows have shaped the band into one of the most beloved acts in Australia and if you ask Leroy and Kat, they’ll tell you their only just getting started. These professional party starters will get you singing at the top of your lungs and shaking dat ass!

The single, Summertime is available now on all major streaming services. 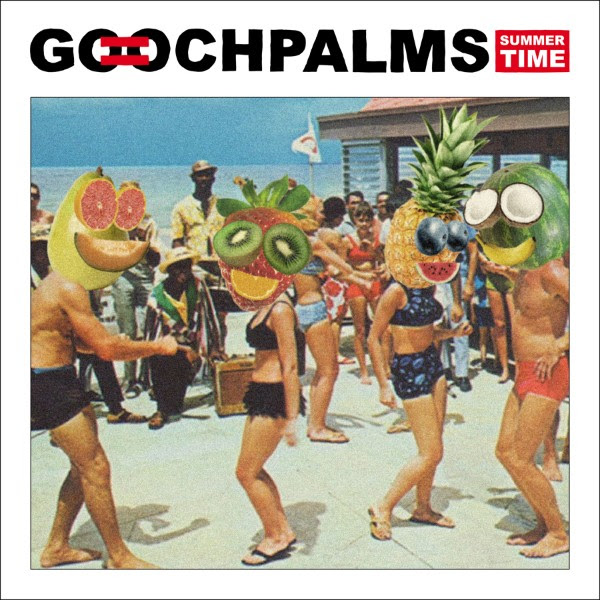 CUB SPORT Give you ethereal music video for...

Notaker returns to mau5trap with “Retribution”

GET SHAKEN AND STIRRED WITH THE PRESETS’ “MARTINI”