credit: Zachary Chick
Following its premiere as Annie Mac’s “Hottest Record” on BBC Radio 1 last night, Flume has today shared his new single ‘Let You Know (feat. London Grammar)’, released on Future Classic / Transgressive Records (UK). Serving as the first piece of new music from London Grammar since 2017, it arrives hot on the heels of Flume’s incredibly received return mixtape ‘Hi This Is Flume’ and recent single ‘Friends (feat. Reo Cragun)’.
On the release, Flume (aka Harley Streten) explains: “Hannah and I wrote Let You Know last summer. I was on a writing trip to London, was actually the same trip where I first met slowthai. Had been wanting to make something with Hannah for a long time and this one just came together really naturally in the studio that day.”
And in Hannah’s words: “We’ve been trying to work together for years but it just never worked out with our schedules but I’m so glad it finally did. Working with Harley was an honour because he pushes the boundaries of electronic music like nobody else. He’s the kind of electronic artist who will be around forever. I love our song we did together.”
LISTEN TO ‘LET YOU KNOW’ 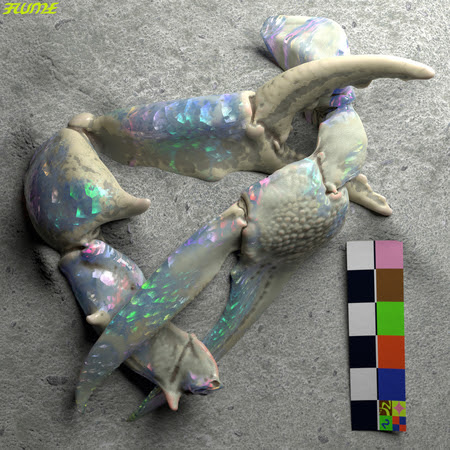 Listen here: http://flu.me/LetYouKnow
ABOUT FLUME
Flume rose to prominence as a teenager with his brilliant, scene-starting, self-titled debut in 2012.  Featuring the hits Holdin On, On Top, Sleepless and others, the album amassed global plaudits, becoming a chart-topper in his native Australia.  In the two years that followed, Flume established a name as a serious international contender, thanks to his compelling live show (debuting at Coachella, Lollapalooza, Reading & Leeds and many others) and skillful remixes of high-profile acts including Lorde and Disclosure.
After a series of well-received collaborations (Lockjaw EP with Chet Faker [2014] and Some Minds with Andrew Wyatt [2015]), Flume released his second LP, Skin.  Launching with the blockbuster hit Never Be Like You feat. Kai, the album reinforced Flume’s status as an inventive, boundary pushing producer while simultaneously reaching huge new audiences around the world.  That year, in addition to becoming an A-list BBC Radio 1 artist, Flume sold over 300,000 tickets globally across a sold out 59 date world tour. He achieved platinum and gold accreditation in multiple territories around the world and took home his first Grammy Award for Best/Dance Electronic Album.
PRAISE FOR FLUME
“Hi This Is Flume is a 17-track reminder of Flume’s reigning status as an innovator in electronic music.” – Earmilk
“Hi This Is Flume runs 38 minutes. It’ll be the best 38 minutes of your day, hands down.” – Billboard
“The most vivid takeaway from Hi This Is Flume is how he breaks apart his now-familiar sound, zooming in on the different layers and looking at them in new ways.” – Pitchfork
“Flume breathes new life into mixtapes with ‘Hi This Is Flume’” – High Snobiety
Website | Facebook | Twitter |Instagram
0 comment
0
Facebook Twitter Google + Pinterest

TYNE-JAMES ORGAN RETURNS WITH HEAVY-HITTING NEW SINGLE AND VIDEO, ‘SOMETHING NEW’ PERFORMING AT SPLENDOUR IN THE GRASS 2019

Guy J, Lost & Found Records and Ozmosis now reveal the lineup for the first North American edition of We Are Lost Festival – We Are Lost in Toronto

FRANK IERO AND THE FUTURE VIOLENTS RETURN WITH...