“Organic and free-spirited, 2 essential themes that draw from the song’s message of not forgetting who you really are” – The Word Is Bond

Singapore based Canadian Urban-pop star MASIA ONE is poised to release her new single with the arrival of the dub inspired ‘FYAH’ (pronounced FIRE), a homage to Kingston, Jamaica and will be accompanied by a stunning visual clip filmed entirely in the hills of Baguio, Philippines.

MASIA says: “As I sat on the hillside looking down on Kingston City, I knew I would soon be uprooting my life and moving back to Singapore. I didn’t know much about the place I was born except that it was a very fast paced society with many rules. I wrote ‘Fyah’ as a message to my future self, not to forget who I am and what I love.”

‘FYAH’ was written and recorded in the hills of Kingston Jamaica at the Shaolin Temple studios – located at the world renown, Kingston Dub Club. After a chance meeting with live dub performing collective Suns of Dub, MASIA ONE was captured by the depth and intimate vibrations of this dub rhythm and began penning words to her song ‘Fyah’.

‘Fyah’ is a reminder to self-reflect and not lose the passion that drives us to fulfil our ultimate goals and dreams in life, no matter the pressures of society. The song’s lyrics begin, “it’s not easy living life alone, but we don’t follow how this world goes on, just be humble moving wise and strong, baby don’t you lose your Fyah”.

The video is shot by Canadian director Mark Valino in the hills of Baguio, Philippines. Valino had visited this mountain town as a child and envisioned one day creating a visual from the unique landscapes here. Featured dancer Kristal Bermudo, co founder of Dancehall Manilla joins Masia on this journey through the town of Baguio, from mountain into the city reminding us that no matter where we go, we hold our Fyah inside. This video is dedicated to our dear friend, and production manager of FYAH video, Geric Stevens who inspired us all to keep our Fyah’s burning.

‘FYAH’ is taken from MASIA ONE’s acclaimed debut album ‘Far East Empress’ out now and follows on from her previous single ‘Oh Na Na’, described by Clash Magazine as ‘provocative and playful’.

MASIA ONE is that 1 in a million. Born in Singapore, grown in Canada, earned her stripes in America and became inspired by her time in the Caribbean. Now this artist is reconnecting with her roots in Asia and re- emerging as the Far East Empress.

After graduating with an honours BA in Architecture from the University of Toronto, Masia One told her Chinese parents she intended to become a rapper. She set out on this unlikely path and succeeded in working with international greats from Pharrell, John Frusciante, Che Vicious (G.O.O.D. Music, Kanye West, Jay-Z) to Hong Kong Actor and pop star, Edison Chen. She toured and performed in over 20 countries and has headlined festivals such as Burning Man, Laneway, Ultra Music Japan, Pink Dot, Singapore: Inside Out (Australia) and most recently at Singjazz – setting the stage for her hero Lauryn Hill.

On the cusp of releasing her new album named Far East Empress, her video Time Wastin’ is catching the attention of international and local audiences alike, as she shares for the first time her Asian inspirations.

Artist, Entrepreneur, Songwriter, Arts Educator, and Creative Director, Masia One truly defines her Queendom and continues to add to her impressive credentials that make her a true international Empress. 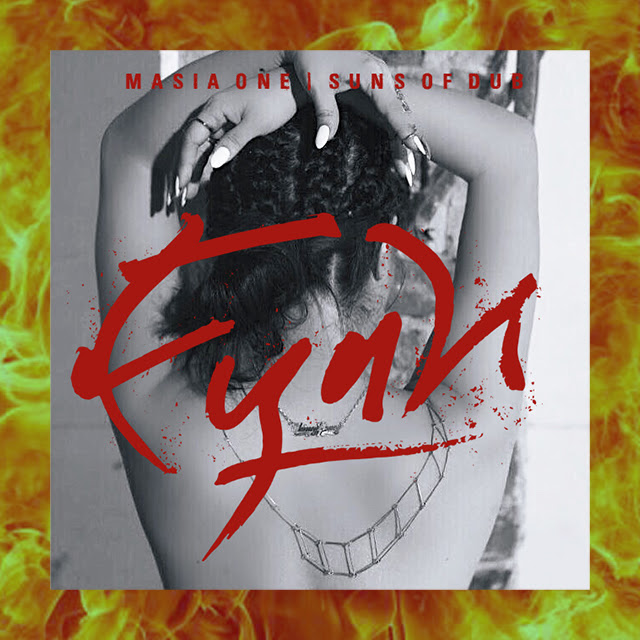