Cool Sounds deliver another slice of their upcoming LP with upbeat singe “Cassandra“, plus announce a tour.

In a departure from the crystalline guitar interplay of previous releases, ‘Cassandra’ is a rollicking, riff driven track with a distinctly live feel, rough edges and all. Inspired by the David Hesse soundtrack to the 1972 Last House on The Left and ‘Big Bad Mean Motherfucker’ by Girls, ‘Cassandra’ embraces awkwardness in the pursuit of fun.

“I wanted something purely fun that captured the kind of feeling you get from ‘The Boys are Back in Town’ or Sheer Mag. It’s about dirty, tapey, overdriven sounds. Keyboard solos, dual lead guitars, uncomplicated structure and swing time bliss” explains singer / songwriter Dainis Lacey of the song’s feel.

Deeply steeped in nostalgia, it’s about a relationship with an older person. It’s kind of depressing, but has that warm feeling of looking back. 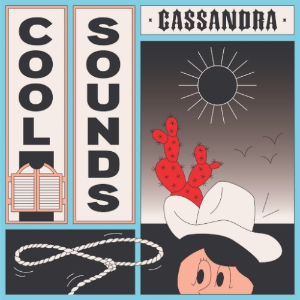 Long-time collaborator Rex Kane-Hart filmed and directed the clip, which mirrors the irreverence of the track. Thoughts are fired off but abandoned, unfinished. The mayhem of the performance is countered by the unexpected coda, with some Twin Peaksian guitar and vocals underscoring Lacey as he recites a barely audible poem.

Previous single ‘Cactus Country‘ brought the band some nice attention, with playlist additions on FBi Radio and Double J. Plus plenty of community radio spins nation-wide debuted them at #2 on the AMRAP metro and regionals charts; and #10 spot on the popular twitter chart for Hype Machine.

New album “Cactus Country” is out Oct 26th and the band will celebrate with a national album tour with good friends The Ocean Party. 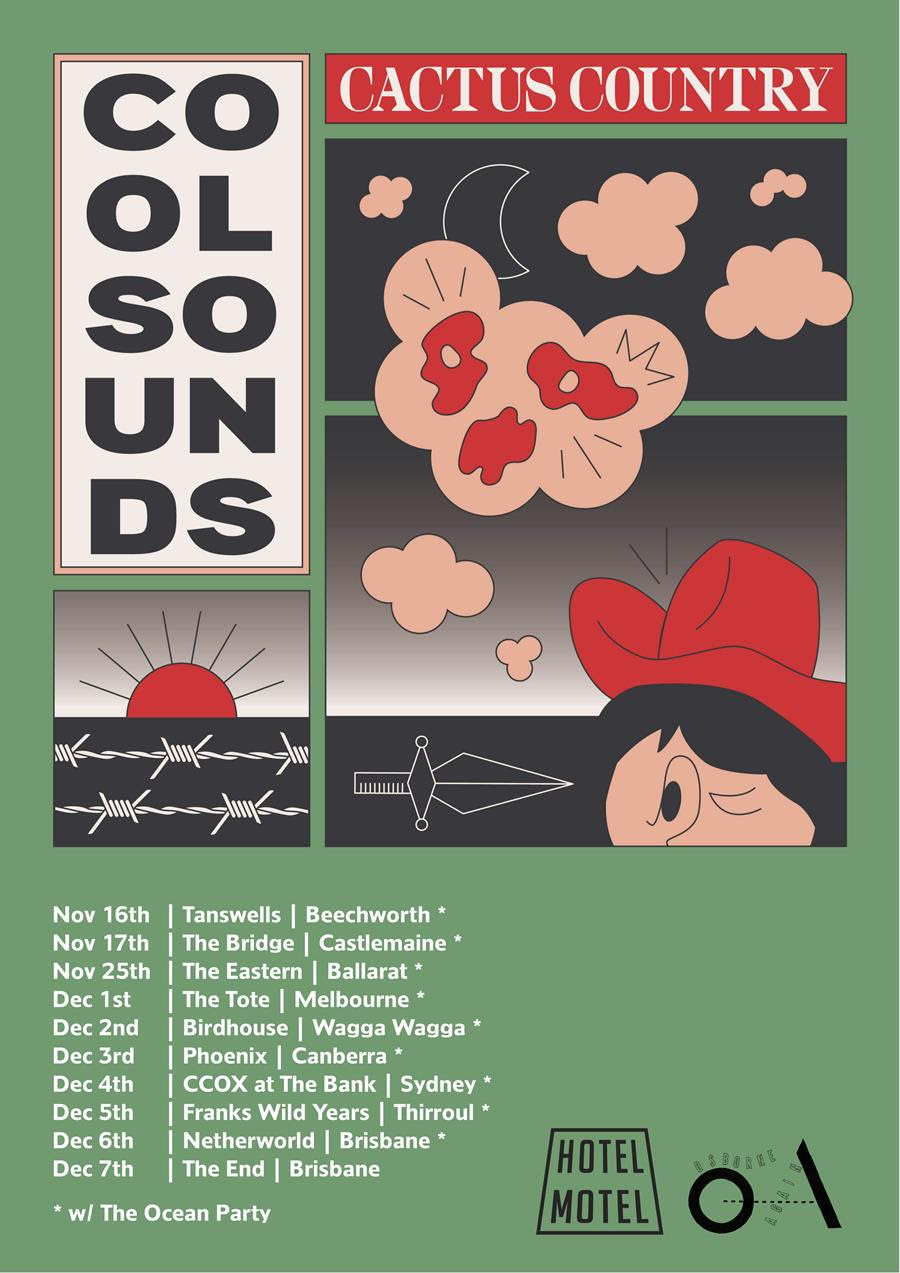 Digitally via Hotel Motel Records  and on vinyl via Osborne Again

“The experimentation in their latest single is palpable…FFO: Whitney, Mac DeMarco, Ariel Pink.” – The Line Of Best Fit

“I will be very surprised if the new album from Cool Sounds doesn’t launch them higher into the indie pop scene.” – Milk Bar Music

“If connan mockasin and ariel pink were on holiday down point lonsdale way they might conjure up this oddball beauty.” – Declan Byrne

“Cactus Country” by Melbourne’s Cool Sounds will make your day. It may make your week.” – When You Motor Away

“Dance Moves is one of those near-perfect albums, packed with great, well-executed pop moments.” – 4ZZZ

“Dance Moves (is) a gorgeous, cohesive blueprint of enveloping pop… The straddling of the line between jangle and post new wave synth pop with lounge jazz stylings is adeptly handled.” – Indie30, AOTW

(On Gristle) “I’m stuck on the feels with the final tune, “Grudge.” While the pop sensibility is prevalent, the track almost wobbles due to the production, muddying up the polish and churning out an intoxicating mood.“ – Austin Town Hall

“Cactus Country is doused in a humid haze and underpinned with sparkling guitars. Loping along with no hurry in sight, the track practically squints in the sunshine” – Raven Sings The Blues

The Zolas ‘I Feel The Transition’