THE COATHANGERS announce UK tour next month! Album ‘The Devil You Know’ out TODAY on Suicide Squeeze!

Photo credit: Jeff Forney
“The Coathangers have crafted their best record yet.” – Uncut
“A good example of how timely and relevant punk rock can still be.” – LA Weekly
“A gentle appeal rather than an angry yell, offering love and clarity over judgement” – Noisey

From calling out US gun legislation on “F The NRA” to addressing addiction on recent single “Step Back“, The Coathangers’ new album ‘The Devil You Know’ leaves no room to doubt that they’re one of the most vital and truth-seeking punk bands around. Released today on Suicide Squeeze, they celebrate the record by announcing a return to the UK and mainland Europe, kicking off at the end of next month.

“The writing process was done with an open heart,” says Kugel of The Coathangers‘ new album ‘The Devil You Know’. “Everything that came before had to go away. Whatever hang-up, whatever thing we were holding onto, it had to go away. And we started there, at ground zero.”

The album title stems from an old adage whispered at a friend’s wedding; we settle when we’re afraid of the unknown. It’s a theme that runs through every song on the album, and even though the band insists they were writing songs about other peoples’ pain, they acknowledge that the old saying applies to their band as well. We get comfortable, we get scared, and we refuse to change. But with ‘The Devil You Know’, The Coathangers lost their fear, and that allowed them to shed the baggage of the past. “Why are we living in these cells we built for ourselves?” Kugel asks. “That’s been the great thing about this record. It’s been honest and confrontational… but not in a shitty way.”

Listen to ‘The Devil You Know’ in full: http://smarturl.it/CH_TDYK

Suicide Squeeze Records is proud to release ‘The Devil You Know’ today on CD, a limited run of 300 cassettes, digital formats, and an initial pressing of 3,000 LPs with 500 copies on MAYDAY colour vinyl (sold out), 500 on LUCKY DEVIL colour vinyl, and 2000 on BITTERSWEET colour vinyl. The vinyl version includes foil on the cover of the LP jacket, a printed inner sleeve, and a download card.

‘The Devil You Know’ artwork: 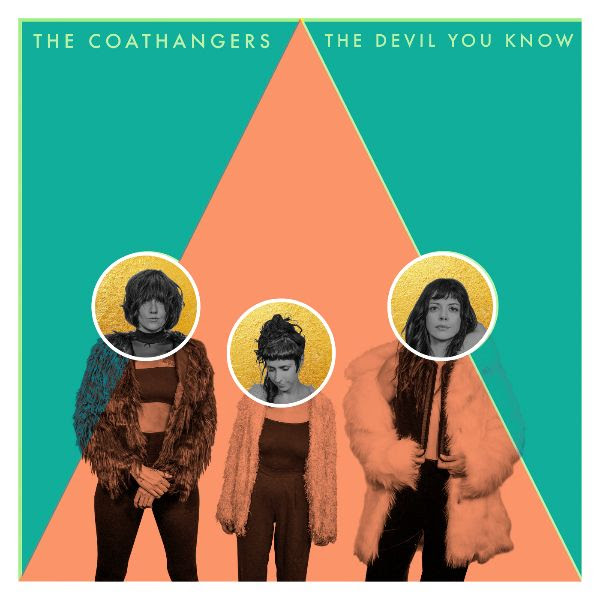 David Allred teams up with Peter Broderick on...