Out Friday, April 13 on Counter Records via Inertia Music

Chrome Sparks (aka Jeremy Malvin) knows how to make his tracks shine. His forthcoming eponymous debut album, out Friday, April 13 on Counter Records (a Ninja Tune imprint) via Inertia Music, boasts a sparkling sound: a euphony of hip-hop, house and bright-beaming synthwork. On new single ‘Still Think’, the vocoder vocals and saccharine melodies show a predilection for straight-for-the-jugular songwriting. But there’s also a lush texture and intricacy to the synths and arpeggios which underpin the track, hinting at the studio gear – in particular, a trusty Moog synth – which was a vital part of how he made the record. 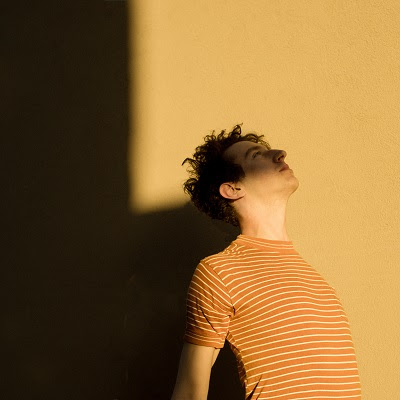 The album is the product of an obsessive approach to production as much it is about a restless hunt for new ideas over several years spent between Malvin’s Navy Yard, Brooklyn studio and a secluded cabin in upstate New York. He spent a month there to escape the distractions of the city, and to distill his process during what became an intensive period of creativity. A far cry from supporting Diplo’s Major Lazer at the recent Mad Decent Block Party in Islamabad (Pakistan).

The album itself features collaborations with Melbourne duo Kllo, Body Language’s Angelica Bess (who’s previously collaborated with Machinedrum) – Their voices re-imagined through Malvin’s brightly-daubed kaleidoscope of influences. After self-released, breakout track ‘Marijuana’, his music landed on Australia’s Future Classic label (Flume, Chet Faker, amongst others). He’s since released three singles for Counter Records (home to ODESZA and Kasboamong others), including 2016’s ‘All Or Nothing’ (also featuring Bess).

BELLE AND SEBASTIAN release ‘How To Solve Our Human Problems Pt. 3’

NAHKO AND MEDICINE FOR THE PEOPLE release new...

HALSEY RELEASES NEW VERSION OF “WITHOUT ME” FEATURING...