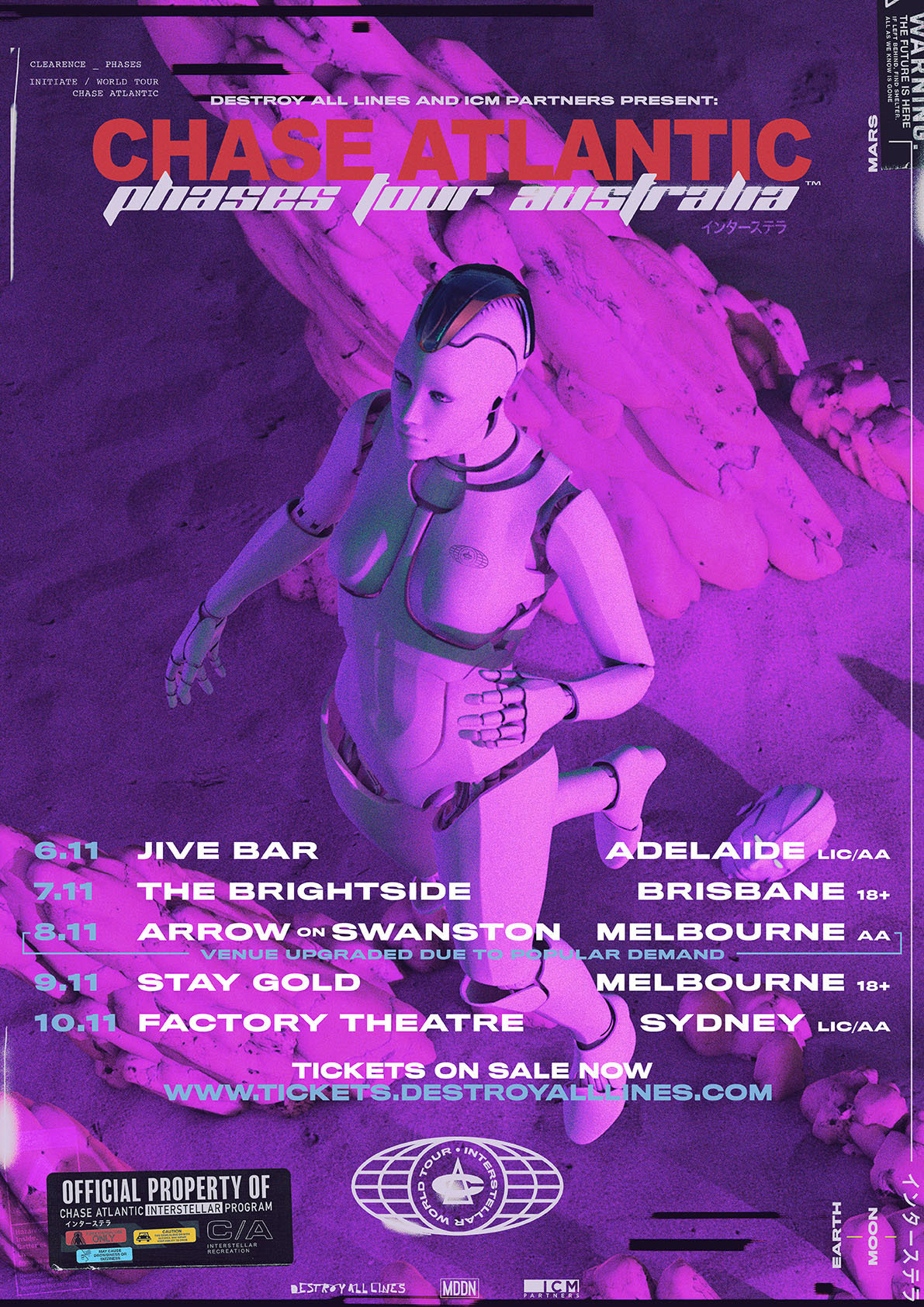 Chase Atlantic’s Melbourne all-ages show sold out in under 40 mins and due to popular demand, the show has now been upgraded to Arrow on Swanston with tickets on sale now. All tickets for Wrangler Studios are valid for the new venue.

Tickets for all remaining shows are selling fast.

From humble beginnings in their hometown, Cairns to worldwide acclaim and ferocious sets on some of the planet’s biggest stages, alt-pop trio Chase Atlantic return to Australia in November for a string of headline shows in support of their second album, Phases.

Chase Atlantic formed in 2014 with brothers Mitchel Cave and Clinton alongside their best friend, Christian Anthony. The viral single Friends caught the ears of Good Charlotte’s Joel and Benji Madden, who signed Chase Atlantic to their esteemed LA-based music company, MDDN, in 2016. They released a pair of EPs and a self-titled debut LP in 2017, leading to an endless string of sold-out headline shows and tours around the world, including festival slots at Lollapalooza, Bonnaroo, Firefly, Reading & Leeds, and Vans Warped Tour.

The DON’T TRY THIS EP found Chase Atlantic operating at the height of their powers, with six songs that showcased the wide-ranging breadth of their abilities to reveal a darker side of their existence. The EP highlights the band’s sonic eclecticism, knack for hooks, and cool, confident delivery. The wide variety of influences includes alt-pop, rock, R&B, and hip-hop, and will hit home with fans of Post Malone, The Neighbourhood, The 1975, and The Weeknd. Chase Atlantic took a similar approach to their new LP,Phases, fuelled by their obsession with creation, song writing, and beat-making and refusing to conform to any one sound as their spotlight only continues to grow.
2019 looks to be their biggest year yet for Chase Atlantic.

THE AUSTRALIAN WOMEN IN MUSIC AWARDS RETURNS FOR...