Bedroom Suck and Remote Control are thrilled to share two new songs from Midday Moon: Ambient and Experimental Music from Australia and New Zealand 1980-1995 including Ros Bandt’s ‘Starzones’ and John Heussenstamm’s ‘Sawan’. Midday Moon is a collection of recordings curated bySanpo Disco and is set for release Friday 2 November.

Ros Bandt is an internationally acclaimed sound artist, composer, researcher and scholar. Since 1977 she has pioneered interactive sound installations, sound sculptures, and created sound playgrounds, spatial music systems, and some 40 sound installations worldwide. Ros Bandt’s compositions reflect different integrations of acoustic, live electronics and sonic manipulation, and her practice has taken numerous forms over her extensive career. On her 1989 album Stargazer, she explores the resonance of a hollow concrete cylinder situated five stories underground at Collins Place in Melbourne. The track ‘Starzones’ from this project is included here.
In the late 80s John Heussenstamm’s music took an unanticipated turn. After working predominantly as a blues, soul and jazz guitarist for artists like Deniece Williams, John moved from the United States to Perth and released three ambient albums for his own record company Hammerhead. He was attempting to tap into what he felt was fundamental to his music – that ‘music is spiritual – and the more closely related to the heart it is, the more classic it becomes…it expresses something eternal.’ His contribution to this compilation, ‘Sawan’, feels like a nod to the Kosmische era, featuring a distorted guitar riff and ticking rhythm that rise above an ambience of thunder and circling seagulls,
About Midday Moon
Midday Moon is a survey of ambient and experimental music that emerged from Australia and New Zealand between 1980 and 1995. These recordings are sourced from micro-labels, private pressings, theatre soundtracks and artists’ unreleased archives.
My intention was to explore the local expression of ambient music from the early ’80s onward. This was a time when synthesisers and early workstations were entering the consumer marketplace, affording new environments for music to be conceived and created. Little did I know this would be a long journey taking place almost entirely at my desk, diving the depths of the internet.

Pairing the words Australia and ambient in my browser returned images of vignetted rainforest photography and stock photo CDs found in therapeutic gift shops. Ambient often gets lumped together with new-age records, that typically view natural landscapes through a sentimental touristic lens. Such albums are filled with crystalline sounds evoking a calming simplicity, placid and placeless. But as I scrolled deeper a richer and more diverse ambient genre began to form. I found music that crafts a unique cultural geography of landscapes and atmospheres: real and imagined, natural and man-made. Some artists turned their attention to the singular acoustic ecologies of overlooked spaces around the country. Others fostered interests in non-Western music cultures and instruments. The common thread that binds them is their use of new technologies to conjure interior and exterior regions, through acoustic and synthesised sounds.

Many of the artists included here found stable incomes producing musical pieces for art exhibitions, films and theatre productions. Examples include Blair Greenberg’s compositions for Dance North in Townsville, Beyond the Fringe’s Guitar Fantasia originally produced for dance-theatre production The Dove and Sam Mallet’s ongoing work for Anthill Theatre. However, without such opportunities, nor a clearly defined home or unifying scene, numerous artists worked like outsiders, contented to create music for a relatively small community of listeners on private and independent labels.

I would like to express my gratitude to the artists who contributed to Midday Moon for agreeing to share their music, and I hope the compilation enables them to reach a new audience. Ironically, though I spent many hours glued to a computer screen in an attempt finish this, I hope the compilation itself offers listeners a chance to move away from their screens. I hope that while listening you can connect to the present, quiet your mind and soothe your senses – and take a journey to a place, real or imagined.
– Rowan Mason aka Sanpo Disco 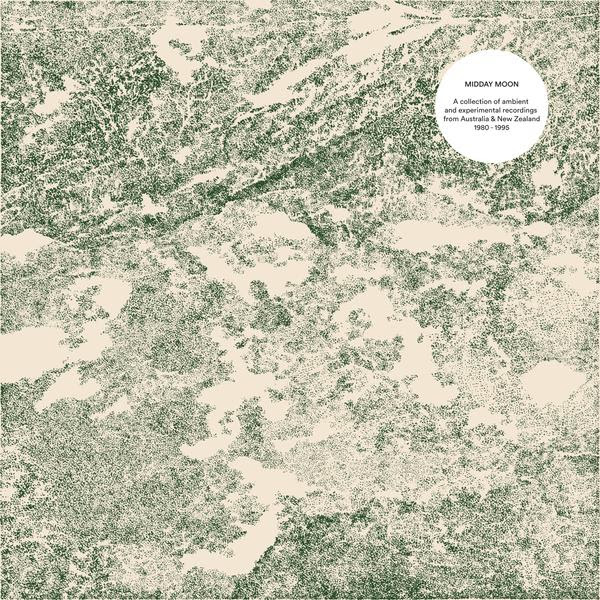