Cows on Hourglass Pond will be available on March 22 via CD, LP, digital download and streaming. 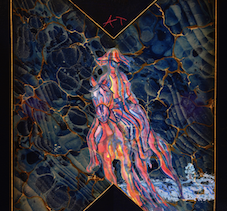