The best artists, releases, venues and festivals of the year were honoured at the 15th Music Victoria Awards last night, while legendary siblings Vika and Linda and community radio institution PBS 106.7FM were inducted into the Hall of Fame.

Sweeping the floor this year were blues connoisseurs The Teskey Brothers who, after taking out Best Breakthrough Act in 2017, have gone on to win a massive $16,000 cash collectively for Best Album, Best Regional/Outer Suburban Act and Best Song, along with the publicly-voted title of Best Band. Back-to-back winners Sampa The Great and Courtney Barnett have held on to their titles of Best Hip Hop Act and Best Solo Artist respectively, G Flip took home the $5,000 Premier’s Prize for the Best Breakthrough Act award and newcomer Tones And I was awarded a special Outstanding Achievement Award in recognition of her unprecedented achievements domestically and internationally over the past year including taking out number one on the official music charts of 23 countries.

“We had a look at the nominees this year, and it was an incredible line-up, so to win this is such an honour for us. Thanks to everyone at Music Victoria and everyone who voted.” – The Teskey Brothers

In a couple of Awards milestones, Music Victoria recorded the largest count of female winners in the genre categories, and Naretha Williams became the first ever First Nations and First Nations Female artist to win Best Experimental or Avant-Garde Act.

PBS 106.7FM’s Emma Peel and Jesse I were delighted to accept the station’s Hall of Fame induction from Australian film and TV royalty Santo Cilauro. The audience was treated to live performances from Grand Salvo and Best Heavy Album recipient, and the first ever metal band to perform at the awards, Suldusk, as well as a joyous performance of ‘Stand Up (Clap Your Hands)’ by Melbourne-based South Sudanese artist Gordan Koang. Hip hop legend Philly and vocalist Maylene Slater-Burns left few eyes dry with an especially touching performance of ‘Tired’, a soon-to-be released song in response to the recent police shooting of a young Indigenous man in the Northern Territory.

The evening concluded with Kate Ceberano inducting Vika & Linda Bull into 2019 Music Victoria Hall Of Fame celebrating their acclaimed career which has spanned over three decades, followed by the beloved duo performing their song ‘When Will You Fall for Me?’ with special guest guitarist Mark Seymour, who penned the song. 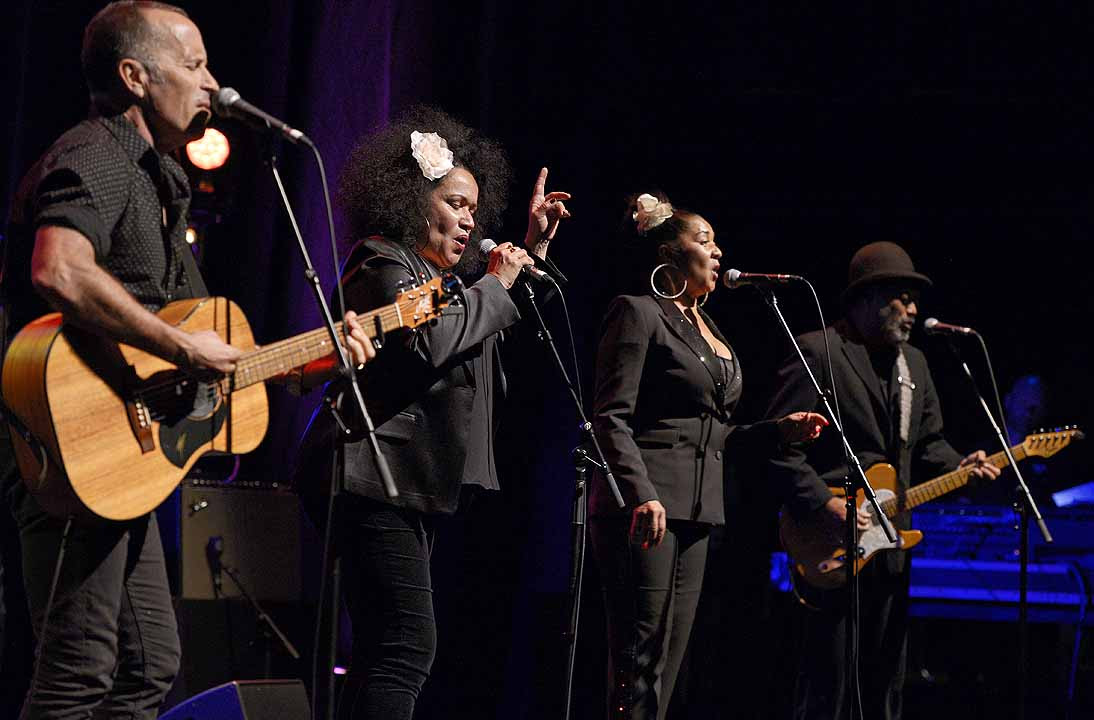 Music Victoria would like to thank their major partners, Melbourne Music Week, City of Melbourne, Bendigo Bank, Melbourne Recital Centre and the Victorian Government through the Community Support Fund, as well as Lyrical Road, APRA AMCOS, The Archie Roach Foundation, Yamaha, Moshtix and Bakehouse for their generous prize contributions, as well as sponsors, volunteers, performers, and the general public for voting, attending and being a part of an incredible evening.

Best Folk or Roots Album
The Maes – The Maes

Modern Obscure Music “One year based between Amsterdam...

DZ Deathrays Announce All Or Nothing Tour Confirming...